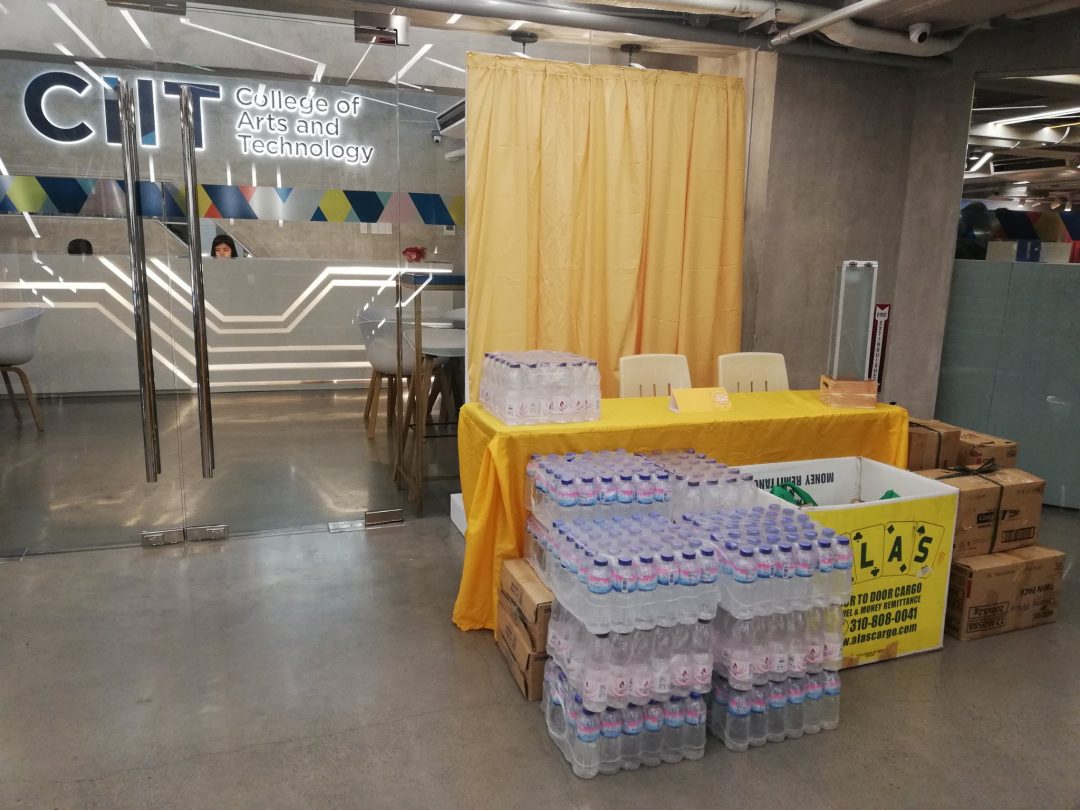 Last January 12, seismic activities of the Taal volcano had risen and had its first phreatic eruption. This caused the locals to evacuate toward safer grounds in anticipation of another eruption. Since then, its neighboring regions and cities that were less affected sent their help to the Batangas populace. With such chaos ensuing, CIIT also reached out to help by donating to the victims of this catastrophe.

To help the Batanguenos in this situation, people all over the Philippines reached out to volunteer and donate. One student in CIIT, however, had answered their call of aid as they initiated a donation drive that spread the news around the campus to raise more awareness and attention to those Batanguenos in need.

To kickstart the donation drive last January 15, students within the CIIT campus offered their own donations ranging from water, toiletries, and food. With the help of students under CIIT’s National Service Training Program (NSTP), they were able to accumulate a large quantity within a span of three days. By January 17,  all the accumulated donations from CIIT students were brought to the Sun Residences: a volunteer group who would deliver our donations to Batangas.