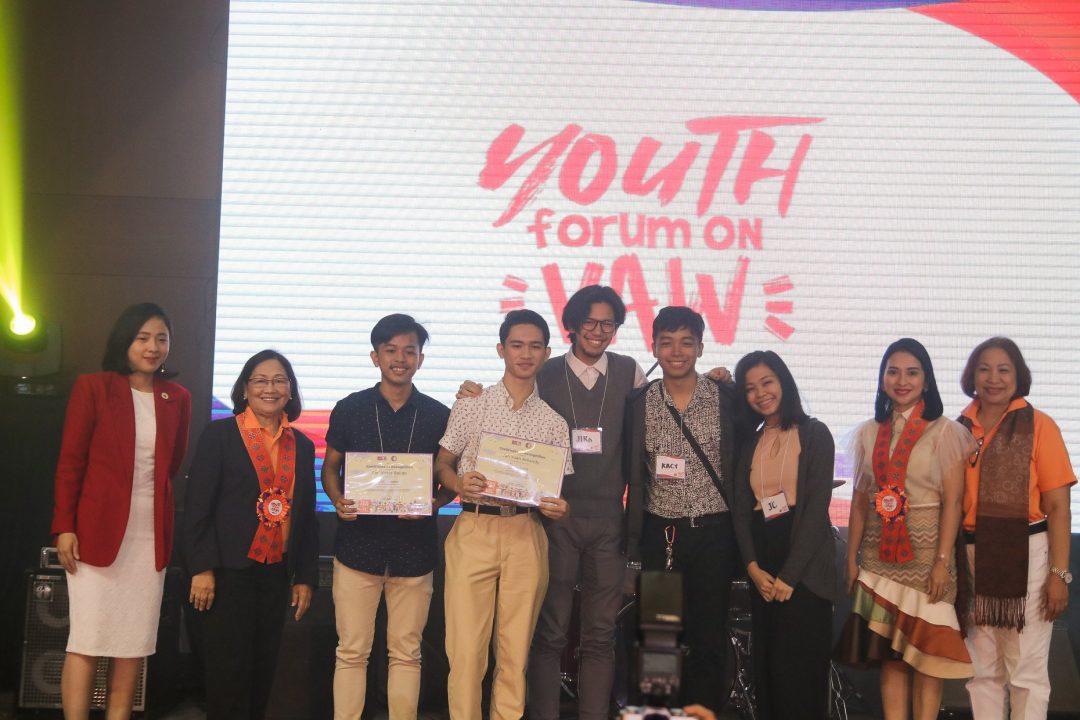 Out of more than fifty entries from students around our nation, the laudable work of the CIIT SHS student was among the selected few that truly stood out in the competition. Through their unique and compelling story which meets the PCW’s purpose of raising awareness and inspiring action on the issue of violence against women, they bagged the top award for the category “Juan Para Kay Juana”

“Basically, the context was inspired by a conversation with a friend about gender. He brought up the issue of abuse among women that we see but choose to ignore,” says Yuan, Director, and Writer of the award-winning digital shorts. “From those thoughts, we developed the treatment of Boyet’s character. He’s portrayal is reflective of men who treat their wives like that (in the film) but don’t realize that such could already be considered a form of abuse or harassment already among women.”

With only a week away from the final submission since learning about the contest, this group of students managed to come up with an effective 5-minuter story that clearly showed another form of violence that most people do not usually see or even talk about. The team, who also dubbed themselves as KMBT Productions, worked day and night while also preparing for their school finals to make the dream of joining the competition come true. It was, as they call, a “hell week” which they eventually were able to turn around by bagging the top award, making all the stress and effort worth it in the end.

Aside from the production work, the team also had a memorable experience in getting likes for their short film. “It was really hard (to make them “Like” the video) particularly because our content is not “mass-friendly”⁠—it contains curse words that are not appealing to conservative families. There was an instance when someone from my family requested her friend to share the video and that friend said, ‘Sorry, hindi pwede sa simbahan namin’”, Kacy shared. Instead of being discouraged, the team took this as a challenge to better portray the events that take place when this kind of violence affecting women happens. They hope to be able to reach a wider audience and help spread awareness, to eventually rid society of this kind of practice. For them, such feedback and reactions served as a measure for their film’s success because they were able to affect an audience that chose to remain silent and unaware.

The Cine Juana Digital Shorts Award of KMBT Productions is indeed a historic feat for these Media and Visual Arts students because the majority of them are young filmmakers and first time recipients of a national award by a film giving body. If you’d like to receive more of the latest news and updates about CIIT Senior High School, follow us on Facebook and like us on Twitter. Do visit the CIIT website to learn more about our Media and Visual Arts Tracks.