We welcome you to CIIT College of Arts and Technology! We aim to provide you with an affordable college program that puts you on the pathway to career success.

We welcome you to CIIT College of Arts and Technology! We aim to provide you with an affordable college program that puts you on the pathway to career success. And while you progress down this pathway, we hope that our campus can serve as a place you would love to call your second home. Compared to other universities, we’re a relatively small school and young to boot with only 15 years under our belt. However, we believe that having a younger management team allows us to be dynamic, innovative, efficient, and tech-savvy in the way we educate our students. 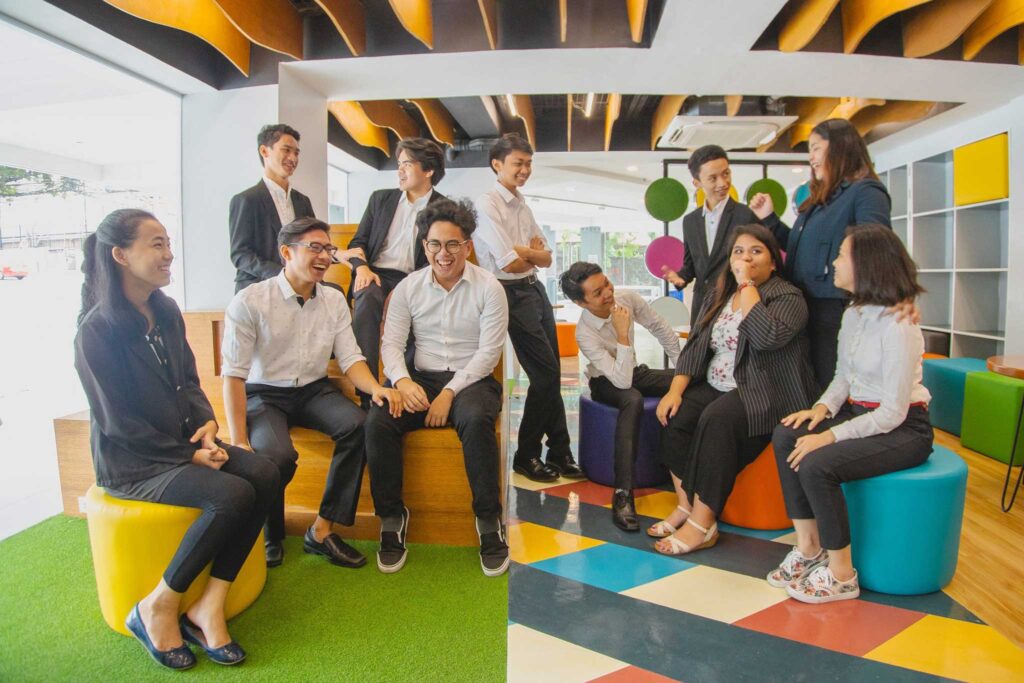 How It All Started

An industry-ready graduate confident in navigating the modern workplace as a digital artist or programmer — that was the vision on which CIIT was founded. 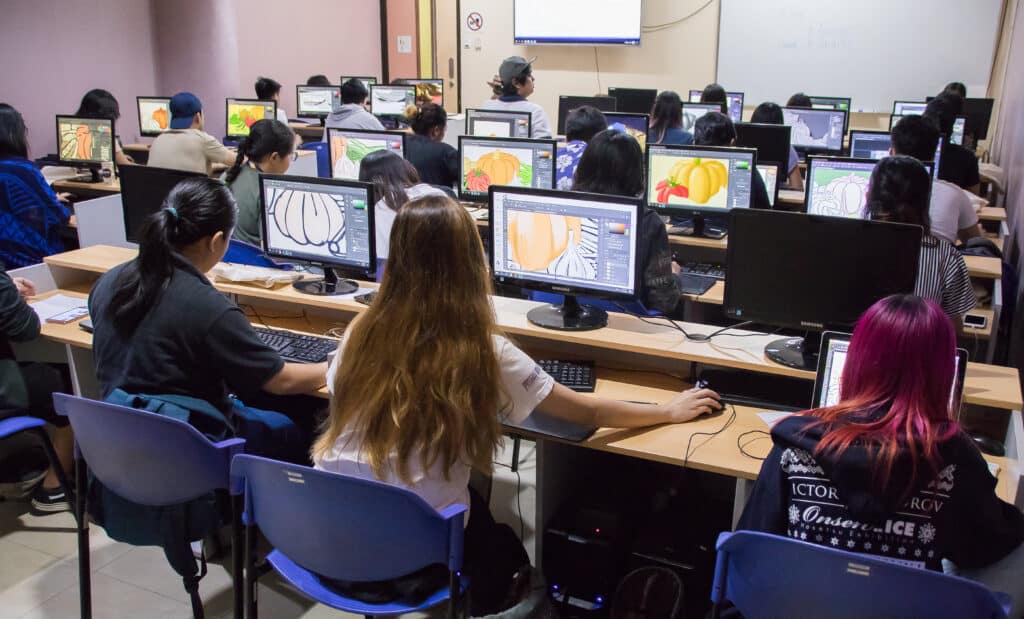 It was 2007. Steve Jobs’ Apple had just rolled out the IPhone. Facebook had just acquired over 20 million users and Twitter, launched the year before, was hot on its heels. The tech industry was booming and its impact was starting to go worldwide. In the Philippines, a similar revolution was brewing and the demand for technology-proficient professionals was rising. It was then that CIIT, or as it was known then, Cosmopoint International Institute of Technology came to be.

The brainchild of our very own Chairman, Mr. Elson Niel Dagondon, CIIT began with only 21 students, all enrolled in diploma courses for Graphic Design, Multimedia Application, Software Engineering, and Network Design. Specialist courses for working professionals were added in 2011 followed by Bachelor degrees in Computer Science and Multimedia Arts which were approved the very next year. A milestone in being able to provide our students with an extensive industry network, we reached 100 official company partners in 2015. We also got accredited to offer Senior High School programs the following year in response to the new K-12 system. 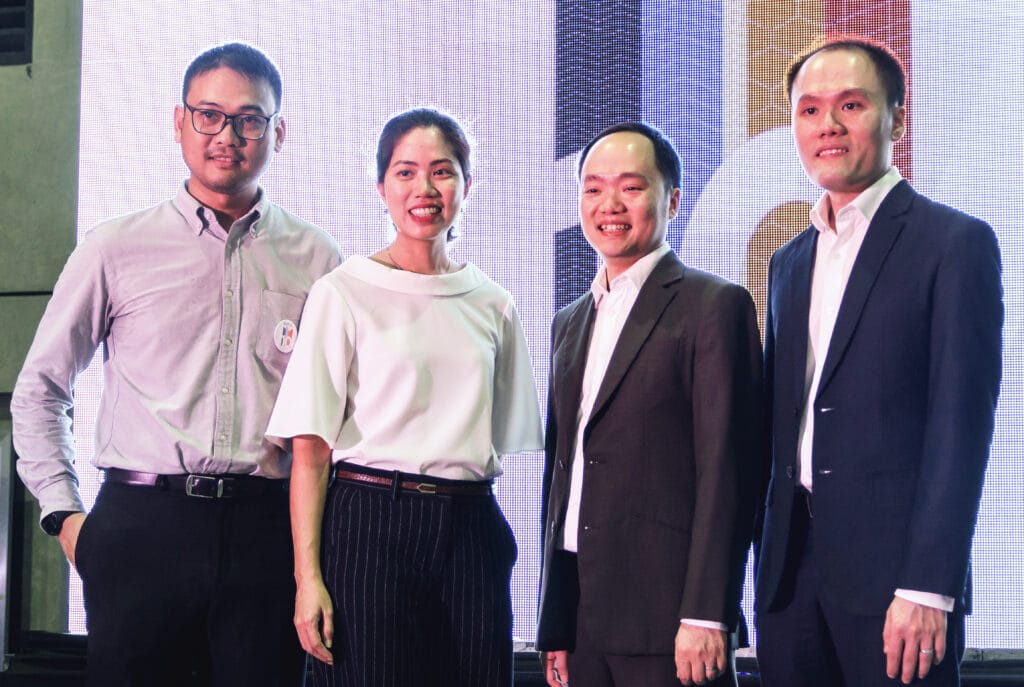 After almost 15 years, we are proud to say that CIIT College of Arts and Technology has become highly reputable as a local education brand. Our classes are available to high school and college students who want to turn their passions into future careers as well as working professionals who seek to upgrade their skill set.

From a few classrooms, we’ve now been able to open multiple campuses to house our students. The colorful 7-story Interweave campus opened in Kamuning last 2017 and our Senior High campus took root in Ignacia Place the year after. Our location in Quezon City, home to many of the country’s major educational institutions, continues to motivate us as one of the nation’s leading schools for Digital Arts and Technology.

Looking to the future, we at CIIT continue to strive in our mission to hone and use the natural artistic and creative talents of Filipinos and apply it to the digital arts and technology sector. It is our vocation to ensure that our graduates are equipped with industry-relevant technical skills and imbued with core values focused on integrity, innovation, teamwork and passion. This will enable them to be the competent professionals and future leaders that we believe they can become. 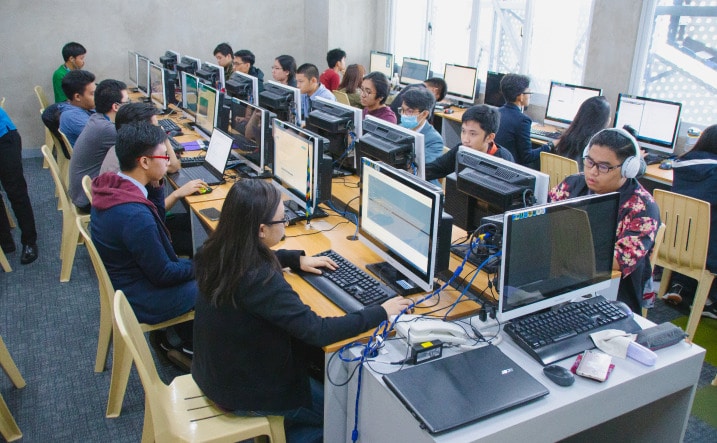 We at CIIT continue to promote high-quality, industry-based teaching. To this day, we continue to manage a faculty that consists mostly of active industry professionals, enthusiastic in sharing their knowledge and equipping their students with practical skills. Apart from our staff, we constantly update our programs to ensure they are relevant to current trade needs. We have partnered with renowned industry players such as Adobe Systems, Autodesk, and WACOM, among others, for the latest software and learning tools. As an education provider, we cater to both students and business clients , providing high quality and affordable training in Multimedia Arts and Computer Science. Our corporate clients include business names such as IBM and URC. We offer short courses as well, to those who wish to improve their skills in Digital Arts. These consist of Digital Photography, Web Design and Development, 3D Animation, Video Editing and Special Effects, and Game Programming.

As one of the few local schools that offer a Bachelor of Arts in Multimedia Arts, we allow our students to specialize in different fields, focusing either on Graphics Design, 3D Visualization, or Video and Motion Graphics. With our varied offers, we stay true to our core values. We offer the best industry-based teaching by hiring top experts as mentors and using the latest tools and software for learning. Our website contains helpful materials on Computer Science and Multimedia Arts education. Feel free to browse through our pages for other details you want to find or may have missed.

We commit to improve Filipino lives by empowering the youth through industry-ready, values-driven and accessible education.

Leading the way towards a globally competitive Philippines.

We use data, reasoning, and resourcefulness as our tools to understand our targets, formulate strategies and achieve our goals.

We seek to continuously improve systems, processes and our way of doing things.

We commit ourselves to careers we are passionate about and share this with others. We love what we do and do what we love.

We do the right thing even when no one is looking, even if it is the harder thing to do.

We achieve our vision together by resolving conflicts and overcoming barriers.

of our students have been highly rated by our company partners for their performance during the internship.

of our students are full-time employees, freelance workers, or entrepreneurs with their own start-ups.

We’ve always stood for a laid-back campus culture that provides a sense of community and familiarity. Elevators are available to be used by everyone, students and school administrators alike. Our faculty also implements this through the communal workspace with uniform tables, chairs, and rolling cabinets. No one, not even our president Mr. O, has their own private office. From photography and recording studios to drawing rooms and computer labs, there’s room for every kind of creator. We’ve made sure to outfit them with quality equipment which, like the software apps we give you access to, are in line with the industry-utilized standard technology. There’s even a 3D printer available for you to print your creations into reality. As a CIIT Student, we encourage you to create a space within the space we have provided to you.

Our facilities here at CIIT are designed to ignite the creative potential within you! Go beyond our colorful campus facade and take some time to explore the spaces that are available to you and designed especially for you. Our walls are covered in mural art and tablets displaying electronic schedules are set up at each classroom door. Hop on to the 6th-floor lobby where we’ve loaded two of our curved monitor gaming PCs with student-created games. Check out the graphic novel section of our library which we’ve designed in the style of a cafe. Our students and faculty are welcome to relax over coffee and snacks while they read, finish up on their work. We’ve provided you with great internet and power outlets on the floor and at every table. The library is not just a place for reading but also for interaction so feel free to share ideas with your fellow classmates or even just catch up on each other’s lives.

Library (Something interesting about the library is that besides the books related to academic subjects, we also have a Graphic Novel section.)
Photography and Recording
Studio
Drawing Room
Computer Lab
Lecture Room
Gym
Cafeteria – Connected to the library so the students can feel like then are in a cafe.
Printing Zone – CIIT has a 3D printer where students can print their 3D creations.

Partners where students may take their internships
Company Partners 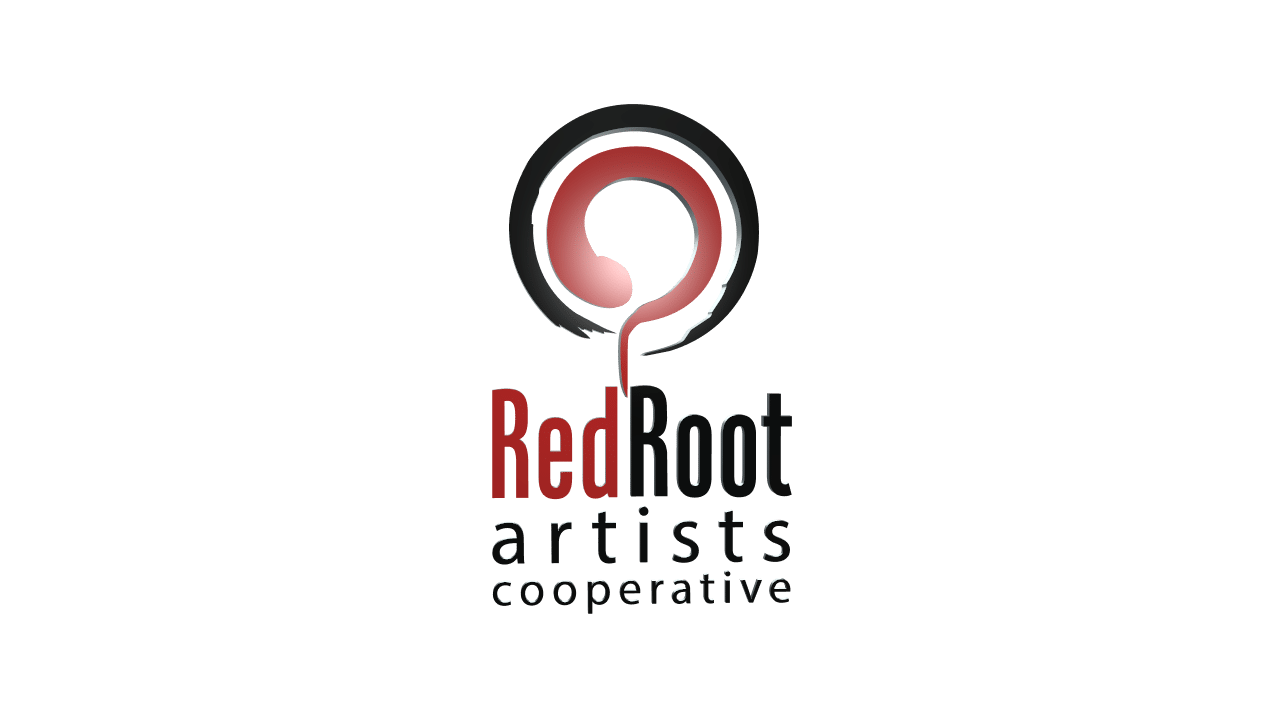 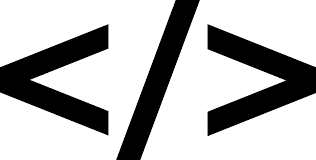 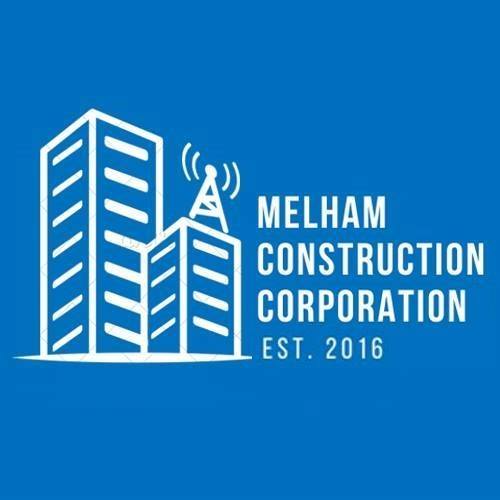 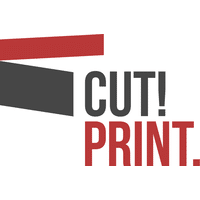 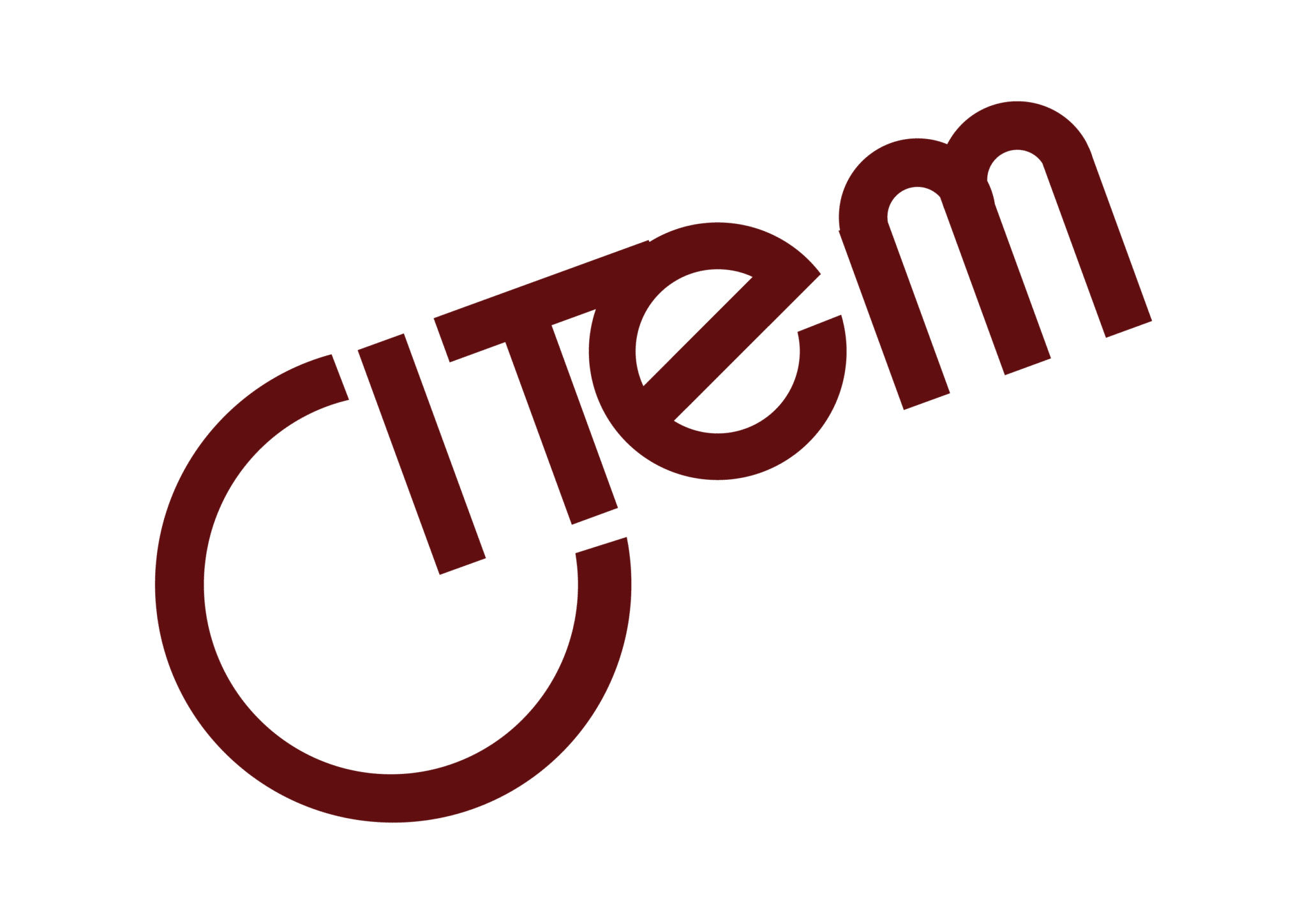 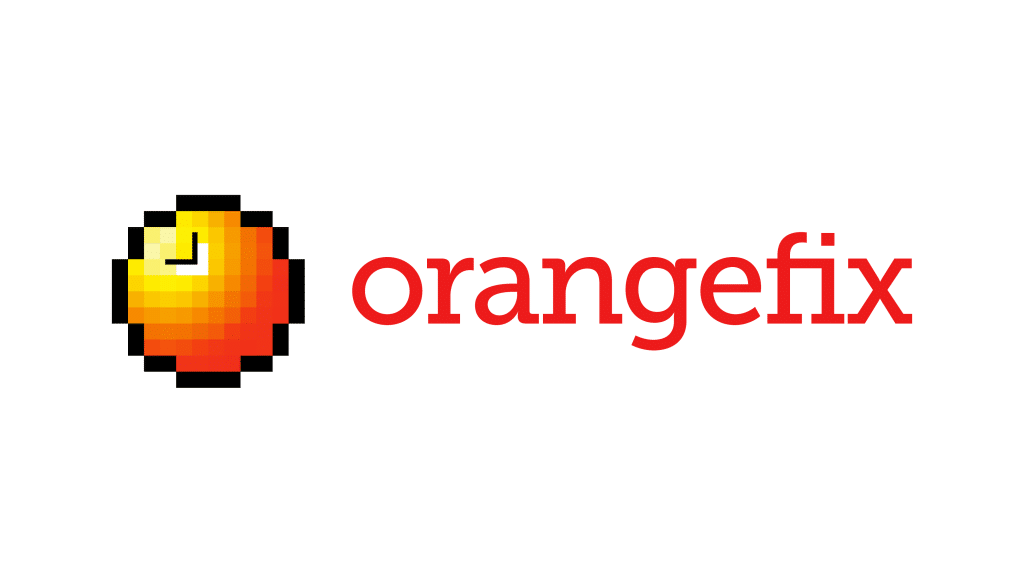 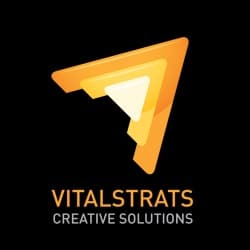