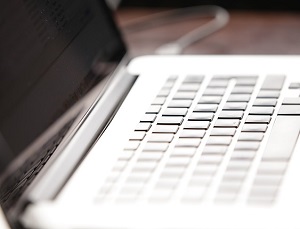 Web Design School: A Throwback from Ten Years Ago

Technology isn’t similar as to how it was a decade ago. While it may seem just several years back when people invented the Internet and created web sites, a single year is too long in this industry. Innovation takes place so fast we don’t always see it happening.

Web design, for instance, has evolved drastically for the past ten years. While experts know it, many of us, perhaps, missed to see the changes. Are you studying web design now? If yes, then, check your web design school and see if it’s offering you the most recent courses you need to learn. Here’s a quick throwback of web designing from ten years ago.

The first batch of web sites was entirely texts with only a few links. Other browsers already existed and were popular with Linux computers. But Mosaic was the first web browser to gain public acceptance and widespread use. It paved the way for new web designs like in-line images with texts.

By around 1995, adding images to a web site was nearly compulsory. But most designers had to crop or resize the pictures and organize them in tables, same as solving a very simple puzzle. During these years, design teams developed hit counters at the bottom of the site and colored and animated texts.

During this period, users could already interact with a web site, but still on a limited basis. Small changes appeared, like interactive links, background music, and company logos that bounce all over the screen.

CSS gained fame among web designers as the new millennium came. It allowed designers to create graphics separately from content. Web sites had a more uniformed look because of CSS.

If you’re wondering why the world didn’t end in 2000, you might have not heard of JavaScript yet. It was responsible for correcting the Y2K date method problems. Four new web design elements appeared with JavaScript like top navigation and dropdown menus, web forms, and user-created contents such as journals.

Besides Google’s supremacy, today’s era puts user interaction as a primary need. More people visit Facebook than any other web sites, and Amazon is still the indisputable king of e-commerce. Web designers are exploring new ways of presenting content with the help of HTML5.

Are you interested to learn the current design trends better? A web design school with up-to-date software and curriculum like CIIT can help you. Browse our pages to know more about us.