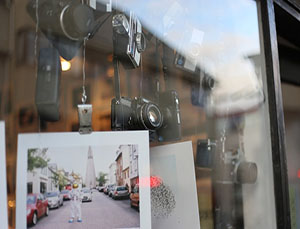 Stop motion animation (SMA) is a great means to fulfill your passion in taking photos and videos. It can even hone your creativity while keeping pace and using technology. Learn more about this filmmaking technique as CIIT Philippines, a 3D animation school in Manila, tackles its must-knows and must-haves.

SMA is a filmmaking method that makes inanimate objects look as if they’re moving. To make it, you must move the object in small increments between lone photographed frames. This will create a movement illusion when you play a series of frames in fast sequence. Filmmakers often use dolls with movable joints or clay figures for easier repositioning.

Must-Haves and Nice-to-Have in an SMA Kit

Before you shoot your first stop-motion film, choosing the items that will go into your animation kit should come first. While most all-in-one kits include these tools, it’s still better to know what it takes to build your own studio kit.

Your choice of software depends on your age, experience, and whether you’ll do animation as a hobby, or on your plan to pursue a career in animation. Further, have a tool that’s compatible with both Mac and PC to avoid future issues on the outcome.

In buying a camera, make sure the unit matches your software. Most SMA kits already include one. Hence, it’s best to buy a set because it already has a tested and verified camera to work well with its bundled software. Focus control is a must for SMA; thus, check if it has this feature.

Most SMA kits don’t include a lighting set-up because any desktop lamp will work fine. Prepare at least two lamps and use them by bouncing the light off a paper or diffusing it with greaseproof paper or other similar material.

Armatures will help much if you want to use characters with limbs. They can offer structure or internal support and are available online. You can make one on your own for a budget-friendly choice.

Rigging will help your character make complex actions such as jumping or flying. Yet before you buy or include such movements, learn first how to use masking to remove the rigging out of the picture before showing your work.

If budget isn’t an issue for you, or if you already have a DLSR camera, then it’s a great addition to your SMA kit. It takes high quality images, yet it’s cumbersome to close in and work around because of its size.

You’ll only need a plug board if you’re using armatures that ask you to secure their feet using bolts. This set-up is for semi pro and expert animators, so you won’t need it if you’re still in the early stages of animation.

You’ll need blue or green screens for chroma keying, visual effects, or post-production technique. This involves replacing a single color (blue or green background) of your captured image with another photo or video. It’s tricky to do, and you’ll need perfect lighting to prevent casting shadows on your background.

A camera rail allows you to move your camera across the set and helps you add a nice panning effect to a scene.

Clamps are great for holding plug boards, baseplates, riggings, lamps, sets, or whatever you want to keep from moving during animation.

Tips from a 3D Animation School in Manila

To start your journey in SMA the right way, here are useful tips you can use in creating your first stop motion film.

Even if you’re dealing with images, creating an SMA film is the same as shooting a movie. Your series of images or scenes should yield a flow of progression to craft a strong story.

2. Plan and create a storyboard.

Without these steps, you’ll waste plenty of time in post-processing. It’s challenging enough to work with thousands of individual photos when you have your piece arranged. So, just imagine if you don’t have a plan.

3. Shoot a scene in one session.

When shooting a scene, let nothing interrupt you, as much as possible, until you finish. Yet under particular circumstances, such as eating, drinking, or going to the bathroom, leave everything running. Likewise, if you’re continuing from the last scene, check first if you’ve recreated the same conditions by capturing a frame and comparing it with the last one.

4. Shoot more frames than you need.

It’s easier to remove frames than to create them weeks later. Likewise, shoot extra frames of the set without your characters to have a blank field ready in case you want to remove their part later.

Sometimes it’s easier to start with audio and add visuals later, but inserting it when you’re about to complete visual assembling will make its planning simpler. With this, you’ll figure how much audio to include and its ambiance.

Creating SMA films aren’t easy, but at CIIT Philippines, a 3D animation school in Manila, we’ll make sure learning 3D design and development will be fun and worthwhile. For a full description of our specialist course and bachelor’s degree course in animation, call 411-1196 or send your email to info@ciit.edu.ph.

3D Animation Course, 3D Animation School, Animation School, Senior High School
PrevPrevious StoryNine Qualities to Look for in a Web Design School
Next StoryHow Female Software Engineers Break Gender StereotypingNext
Privacy Policy
CIIT Philippines is committed to maintaining strong and meaningful privacy protection for customers. This is designed to inform our customers of the information we collect and use and the options of our customers regarding these activities.
COLLECTION AND USE OF INFORMATION
Information you provide.