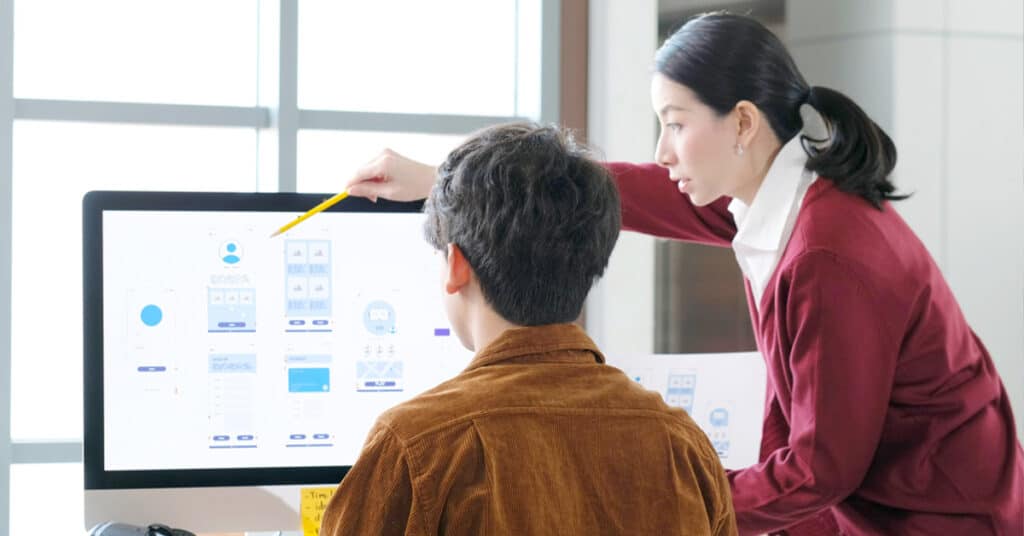 In a 2010 think piece for Wired Magazine, entrepreneur and TED founder Chris Anderson and journalist Michael Wolff made bold predictions about the future of the World Wide Web. According to the two, the WWW is already in decline—merely two decades since its birth—as “simpler, sleeker services that just work”, like mobile applications, address the growing, collective interest among internet users that are “less about the searching and more about the getting.” This means that people, while still wired to the Internet, no longer use it for the Web.

More than a decade after this article was published, it seems their prediction has come true. In this day and age, apps make life easier by allowing you direct access to what you want and need, all in a few clicks on your smartphone. That is why it comes as no surprise at all that, when it comes to the future of computer science, all roads lead to mobile app development.

What else is up ahead in the continuously evolving world of mobile app development? In this article, we walk you through the top trends.

The invention of apps has had a vast impact on our ways of living. Nowadays, there’s an app for everything—email, social media, eCommerce, productivity, finance, gaming, even your basic errands like groceries and deliveries. Whatever it is you are interested in, there is a big chance a programmer somewhere in the world has already created an app for it.

There’s much more to discover in mobile app development, but the future is now. The following are some fast-emerging trends to watch out for.

If apps were people, then super apps would be the Clark Kents and Tony Starks of the bunch. Super apps are apps that serve as a one-stop-shop for multiple purposes. They were built to solve multiple problems and save you the time and trouble from using one too many apps. These types of mobile apps are very popular in Asia.

The best example of a super app often used in the Philippines is Grab. Initially, Grab began as a transportation app which allows you to book a ride to anywhere in the metro. But now, you can use it for several purposes, such as paying bills, having food and groceries delivered, and sending and receiving packages. This is similar to how Facebook launched Marketplace and became a hub for online sellers to earn and transact with total strangers.

Convenience is key for super app developers, and we can’t wait to see what other brilliant solutions they come up with in the coming years, especially with the impact of COVID-19 and the ‘new normal’ in our daily lives.

The eCommerce industry has garnered sales worth $3.56 trillion in 2021, and approximately 73 percent of these purchases were made from a mobile device.

In the Philippines, the shift became more pronounced in the peak of the pandemic, when every entrepreneur—from retail giants to small, local businesses—were forced to adapt digitally and rely on eCommerce in order to survive.

New exciting innovations await consumers such as augmented reality and virtual reality. Swedish retail giant Ikea uses AR to allow users to see how their furniture would look inside your own home, and cosmetics brand L’Oreal has created an app that allows users to try on different shades of cosmetics.

In the near future, we will be able to explore hotels and homes-for-rent before we even travel, or perhaps try on clothes and shoes before deciding to buy them, elevating the shopping experience and helping us make better purchase decisions.

Wearable devices are already big now because they have the unique trait: they are even more compact than the common smartphone. According to a survey conducted by Statista, the number of connected wearable devices worldwide has more than doubled in the space, increasing from 325 million in 2016 to 722 million in 2019, and is predicted to hit the 1 billion mark by 2022.

Both tech moguls Apple and Google have already invested in wearable apps. With the Apple Watch releasing bigger and better features and developments every year. Seeing these statistics alone, it’s not hard to believe that there will be endless opportunities for growth and fresh app ideas to look forward to in this space.

Netflix, TikTok, Youtube, Mobile Legends, Minecraft—unless you’ve been hiding under a rock, you probably use at least one of them. Like eCommerce, more and more people in the Philippines and all over the world rely on these apps to entertain themselves daily. These apps have become a part of our everyday lives.

You no longer need to go to a movie house or use a DVD player to watch a movie or television series. Nowadays, all you need is a smartphone and internet connection. Gone are the days where you need a whole TV and console setup to play a game. Instead, you can play it anywhere you are, through your phone.

AR, VR, and artificial intelligence are set out to rule the world of entertainment and gaming, so expect to see more of those in the future.

Be a part of the hyper-digitization

As the field of mobile app development holds greater promise, there are more career opportunities available in the space now than ever before. Interested in taking part in these great leaps? Kickstart your future with CIIT Philippines’ Bachelor of Science in Computer science program.

Our BSCS program is an excellent way to build a strong foundation in mobile app development. As an educational institution that promotes high-quality, industry-based teaching, we will equip you with the skills required to succeed in computer science and app development.

Invest in yourself and your future by enrolling at CIIT Philippines. Check out our college courses to get started.

Computer Science
PrevPrevious StoryWhat Programs Can You Take to Build a Career in Game Development?
Next Story4 Computer Science Trends to Expect from Social Media in 2022Next