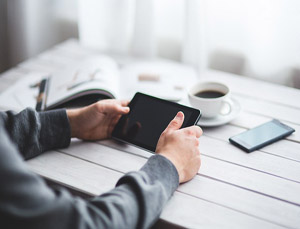 Have you ever wondered why you suddenly got so hooked on playing “Candy Crush Saga” or other games on your phone? If the magic of mobile game development leaves you thinking non-stop; then, read below the top seven reasons that could justify your gaming addiction.

Simple games that only require mastery of controls can be addicting. In Mortal Combat, for example, you only need four buttons and a joystick to keep the game going. But as you play it over and over again, your skills develop and you get instant satisfaction as you discover more combo moves.

Timing is everything and this saying applies to mobile apps and games as well. One example is Word Play, a Boggle-style word game for iPhone. This timed and fast-paced game combined with competition from other players is what fuels the player to hold up and become glued to the game.

The social interaction and competition required in some games also makes any player come back for more. Their desire to be the best in their social group and get good feedback from others is what makes games like Farmville, Candy Crush, and World of Warcraft compelling and addictive.

Most habit-forming games are plain and repetitive, too, like Angry Birds, Tetris, and Pac-Man. Though experts say brains have something that makes gamers want to keep doing the same thing repeatedly, others just really want to play the same game because they want to correct their mistakes and improve their last performance.

Who would not want a reward? All of us do! But before we can have it, we need to wait and play the game regularly first. This principle, though, is what makes Farmville and other scoring games highly addictive.

The urge to explore is what makes most games tempting. The satisfaction of watching a map expose itself after hours of hard work or the feat of being the first to conquer a territory can explain this feeling.

The “almost there” mood or the feeling that you got so close to winning that you want to try the game again makes most of the games very desirable. The best examples of these games are slot machines and skeeball.

Mobile game obsession isn’t as physically dangerous as drug addiction, but our brains act the same way when it goes without. Learning to combine these qualities can result to an engaging and addictive game that can give you fame and fortune as a game developer.

So if you want to become one, develop these qualities early on! Acquire the most extensive training at CIIT Philippines. Check its web site for more details about its mobile game development course.