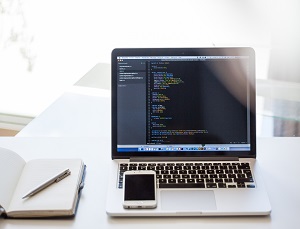 Seven Programming Trends to Mind This 2017

Are you planning to study in a school that offers the K12 programming strand because it’s your dream to become a programmer? Check this blog from CIIT Philippines that lists the programming trends ruling the market in 2017. Why? As a future programmer, you must know the most recent trends and budding languages to stay relevant and marketable! Learn more as you read.

Here are this year’s trends.

Redmonk, a developer-focused industry analyst firm, has been rating and ranking programming languages since 2010. For this year, its report shows that in the coming days, JavaScript will take over the technology world since it will power many applications in 2017. Redmonk says, “updated process or no, JavaScript and Java retain their respective positions atop our rankings. The lack of movement in JavaScript is particularly notable given that some argued that measuring by repo overweighted JavaScript’s actual significance versus a metric like pull requests, the basis for the new query.”

What follows is the full list of Redmonk’s Top 23 Programming Languages (they’re over 20 because of the ties):

2. More Video Tags than Ever

In recent times, you watch videos on Vimeo or YouTube. “It was a separate thing that lived on its own in a dedicated page,” says Peter Wayner, contributing editor at InfoWorld. This year, don’t be surprised when you see it change since more and more sites use videos as “building blocks like static GIFs or JPGs.”

“Designers are discovering that the modern video tag is simply another rectangle, albeit a rectangle that often needs a bit more JavaScript code from the programmer to control it. “We’re only beginning to understand that video isn’t the main course for that box in front of the living room couch, but a decorating option everywhere,” says Wayner.

Besides becoming a top platform for smart devices, Android programming is touching new heights, too. Experts predict that the trend will continue to grow this year since over 80% of smart devices across the world are working on it. In addition, they expect more people to join smart phone clubs.

“A quantum computer could carry out calculations exponentially faster than transistor-based ones, leading to smaller, more powerful devices,” argues Martin Puryear, head of Curriculum and Technology at Coding Dojo. “Devices will likely continue to shrink, and we will likely see a few companies (e.g. Apple and Microsoft) try to create a single wearable super-device that can completely replace a phone, tablet and laptop.”

5. Audio Interfaces Are the Wave of the Future

Nowadays, if you want to use Amazon or Google, you need not get up, walk over to your computer, and flex your fingers. Say your requests and/or questions and find results without delay. Less hassle, right? Yet, you can’t say goodbye to keyboards and URLs because websites aren’t dying! It’s just that new audio interfaces are thriving.

Remember virtual reality or when some video card draws everything on your retinas? While it can still happen, IT or Information Technology experts can’t promise it’ll be as exciting as it had been. The reason: robotics is booming! In fact, most schools have a robotics team, and almost every corner of the house is open to a robotics invasion.

Today, you can find more and more AI applications. From gesture-based interfaces to expert applications (like psychiatric care robots that can recognize emotions), AI’s uses stand beside massive projects that foresee events with ever-increasing precision.

Change is sometimes hard to embrace. Humans dislike and doubt it, and instead, stay in their comfort zone. Likewise, programmers are no exception to this. As said earlier, though, knowing the latest trends in programming is the best way for you to stay relevant and marketable in the field.

To keep yourself posted on the latest programming trends, CIIT Philippines offers a K12 programming strand that’ll upgrade your skills and prepare you for the industry’s demands. Then again, to know more about this and other possible options, please check our list of senior high school programs.