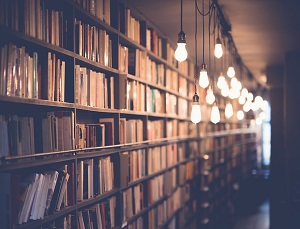 The Revolution Has Begun

When Rex Sueno started coming up with ideas for his thesis, he was set on sparking a “revolution”  — revolution that would change the way the youth viewed Philippine history.

Through his work, he wanted to find a way to promote the culture and history of the Philippines in a more current and engaging way. Then, it suddenly made him realize that there is one thing that contains both lore and challenges that students like him would definitely get into: card games.

Since his main focus is on promoting Philippine history through his card game, he went to libraries to research on biographies of Filipino heroes as well as significant events in history. He gathered information about the Filipinos’ way of life during the Spanish colonial revolution, which includes architecture, social castes, livelihood, and clothing. Out of all the information he gathered, he carefully chose pieces of it that would fit the game best and would provide the youth more insight into the time of their forebears.

The logo took one and a half months to create. The first suggested title was “Digmaan” since it was set in the Spanish colonial revolution. However, since he wanted to target Filipino students, he decided to come up with a title that is both positive and inspiring. He ended up with the title “Bayani” that was also quite apt since some of the Philippine heroes were represented in his cards. Eventually, he was able to finish the logo that contained both the symbol and the name. The word “Bayani” formed a symbol of the tamaraw or buffalo, which represents ferocity, strength, and dignity.

He focused on using the characters’ clothes as a way to determine each social caste and he used Photoshop and a pen tablet to try out four different digital painting processes to justify changes in mood, lighting, and color.  All 27 artworks were done in a matter of two months.

The gameplay is quite simple. The players’ goal is to finish seven campaigns that represent significant events in the Spanish colonial period. They can finish campaigns by gathering cards from the field which represent the different Filipino characters like the Gobernadorcillo, Katipunero, Ilustrado, etc.  They can use the cards they have on hand to strategize and eventually collect more cards.

Being picked for best thesis was not the only goal Rex had in mind. If the card game becomes successful, he wants to expand it and put it out on the market so that it will inspire other people to start working on their own projects.  He wants everyone to highlight the beauty of our country’s history and revive our diminishing Filipino pride.