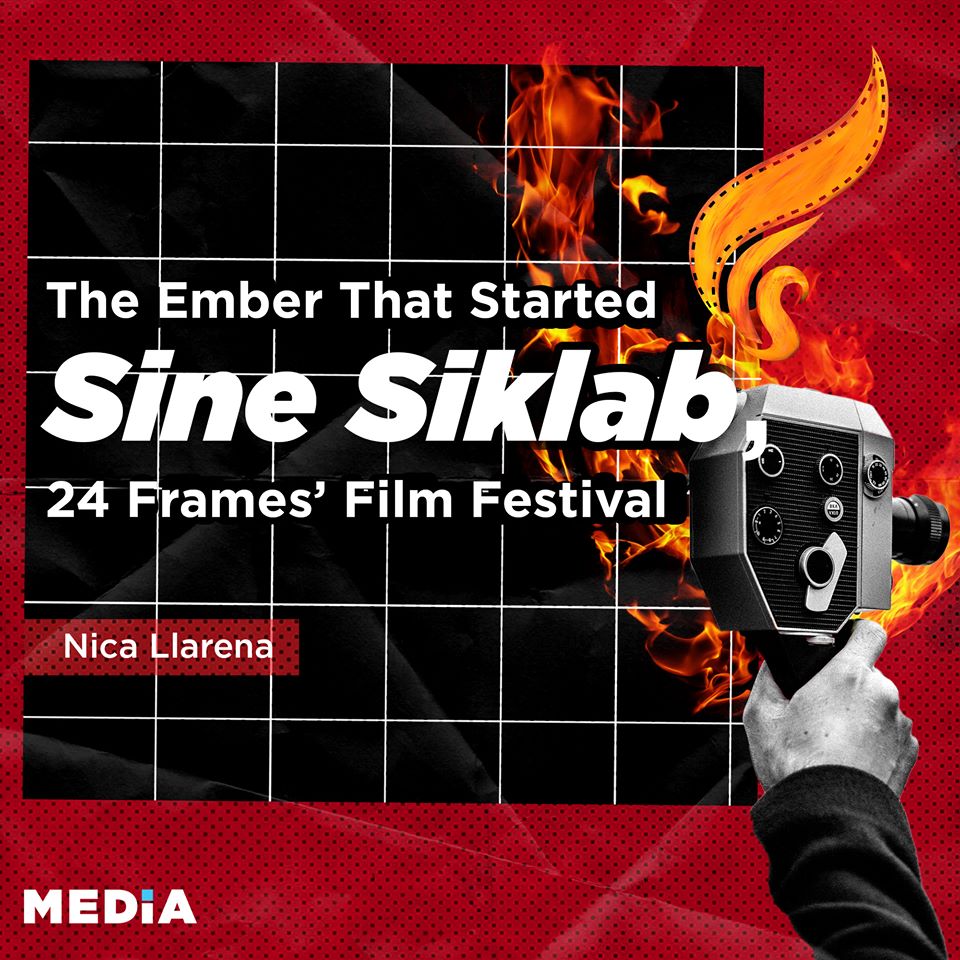 The longest-running video and film organization of CIIT, 24 Frames, is making new history by spearheading a film competition that challenges young and aspiring filmmakers to shine brighter even in the middle of the pandemic. Sine Siklab, the organization’s annual film competition, is moving forward this year by bringing the prestigious event online. Ever heard of a Virtual Awards Night? Well, 24 Frames is on fire as they bring their much-awaited awards night in the digital space to award the winners of this reputable festival in a safe and responsible way. However, one might ask, “What sparked the idea of the festival in the first place?”

24 Frames first held its Sine Siklab Film Festival in 2019. It was born out of their love and passion for filmmaking as well as their desire to raise a new generation of Filipino filmmakers. Ultimately, the lack of platforms to showcase the CIITzens’ filmmaking skills led the leaders of 24 Frames to finally establish Sine Siklab. This year, the organization went above and beyond by not only reaching out to the CIIT students but also opening the film festival to every aspiring Filipino filmmaker in the country.

Sine Siklab was made possible through the joint endeavors of several key people, officers, and former officers of 24 Frames. All with one heart and vision to empower a new generation of student filmmakers. Former President Ryven Rabang (2018-2019) created the concept of “A Blazing Start”, which was later actualized by former adviser Joshua Balleras and officers Jedd Felias, Josh Roque, Angela Apostol, Marvin Del Barrio, and Angelika Tiu.

Through the efforts of Student Council Zero, former SC President Carmela Birao (2017-2018), and the unified creativity, hard work, and determination of all the officers, the very first Sine Siklab in 2019 became a success. The esteemed event was held in time for 24 Frames’ 5th anniversary as an established student organization of CIIT.

Now, a year after its first run, 24 Frames is running the film festival again on a whole new level. Due to the COVID-19 pandemic, Sine Siklab is now open for College and High School students nationwide. This year, it is a fully digital event that encourages inclusivity and diversity. The young and aspiring Filipino filmmakers from Luzon, Visayas, and Mindanao are being called on to inspire people to ‘burn brighter’ by producing films that highlight the current issues of society.

Sine Siklab was made even brighter this year after partnering with Candy Magazine to widen the audience reach. On top of this, Sine Siklab 2020 is not going to be a one-time event this year because, during the weeks leading to the Virtual Awards Night, 24 Frames is set to conduct online masterclasses and webinars to help aspiring filmmakers improve and develop their skills so they can take a stand in the industry and create films that work towards the common good.

In this year’s film festival, the organization hopes to see diversity and inclusivity in the film entries. They would also like to witness the creativity, innovation, and resourcefulness of the young filmmakers given the limitations to produce quality films this pandemic. Sine Siklab 2020 Project Head Josh Roque says that “By creating movies that aim to uplift the Filipino spirit, we may just burn brighter in these dark times and shine a light on one another. That is what I would want to have for this film festival that is Sine Siklab.”