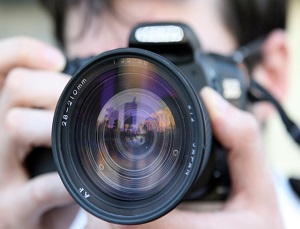 Vanz Kristian Lavado, fondly called “Direk Vanz” by his peers at CIIT, saw an opportunity to flaunt his skills at the Pony Philippines’ digital film and poster art competition called “Show Off.”

He studied ads online and tried to make his concept cooler and more interesting than the ones existing in the world wide web. Instead of just shooting a video, he wanted to include a 3D animation of the famous Pony sneakers so he sought the help of CIIT’s 3D master, Kelil Albuainain.

After a month of planning, Vanz was ready to shoot. CIIT alumnus, Jeff Chang, agreed to lend his room and Nigel Gosiaco was hand-picked by Vanz himself to be the main actor. Sean Gonzales, another CIIT alumnus, helped out with the background music.

They worked on the post production of the video using After Effects for the video, 3DS Max for the modeling and texturing of the 3D images, and Adobe Audition for the background music. It took time for them to perfect the scenes, specifically the part where Nigel needed to be pulled outside his room by the shoes. Their solution was to have a big, strong guy pull Nigel from the room and with that idea they got help from CIIT student, Heart Marcelo.

They had no prior expectations about the contest so bagging second place in the contest last November 23 at Insomnia Bar really made them happy. They won P20,000, two pairs of Pony shoes, and other amazing freebies; not to mention a photo op with one of the most popular celebrities in the Philippines today, the beautiful Ms. Joyce Pring.

As of now, Direk Vanz is busy shooting videos for the school and doing other freelance work that will help him improve on his craft. His only advice to aspiring directors is to just keep on shooting and editing whenever and whatever. When he started out, he only had a camera phone to work with so he feels that anybody can do it. So, get ready to step into Vanz’s shoes and start brewing your ideas for you might be the next big thing!