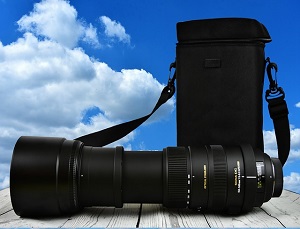 Bryan Clemente’s short film entitled “Buhay Bendor” was shot for only one and a half days.  Bryan became a one-man filming crew that braved the narrow alleys and urban areas of Malabon and Caloocan City to film Ligaya Basilio, a humble vendor who sells repacked spices, chlorine powder, and potassium alum or popularly known as “tawas.”  He was able to overcome the challenges of filming with the continuous help of his family and members of his church. It is evident with the soundtrack of his film which he personally composed and arranged but was sang by his sister, Erika Sandra Clemente-Liton.

Aling Ligaya was not Bryan’s first choice, since another vendor lived nearer. However, when the supposed vendor declined the invitation, his mother suggested Aling Ligaya.  Bryan contemplated all night but eventually agreed to interview Aling Ligaya, much to his relatives’ delight. He found out that Aling Ligaya was more than willing to be interviewed, since she really wanted people to know about her joys and pains as a vendor.  According to Bryan, “I want the audience to feel lucky of the kind of life they have right now. They should be really thankful for every blessing that comes in their lives.”

Aling Ligaya’s story is a wake-up call for all of us to appreciate what we have and we’re glad that Bryan Clemente was able to capture its essence through the power of his camera lens.

For his work, Bryan Clemente was one of the awardees for Best Thesis 2013 in CIIT.

Rare Glimpse of a Vendor’s Life on Lens | CIIT Philippines