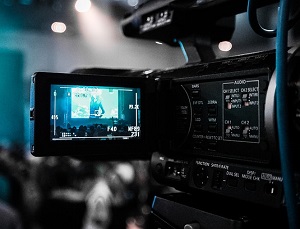 A self-taught artist turned cosplayer, who has a wide range of skills defines this 17-year old freshman here in CIIT named Paula Garzon, also has a pseudonym of Philly. She is currently studying 3D Animation which happens to be because of her fascination and admiration to several video games like her favorite, Soul Calibur.

She started cosplaying last year as she’s being supported by her family, especially her parents. She said that nobody has convinced her to cosplay because she’s just urged on doing it by herself. Cosplaying her favorite character, which turns to be her OC, Rook is her alter ego as she said. One of her best experiences in cosplay is when her circle of friends is growing more. But the most difficult thing she had to experience is when someone is ruining her name. Nevertheless, because of her fearless personality, she will not cease on doing what she wants.

Furthermore, drawing is her preference since she was 2. Growing up with a creative family, her gift definitely runs in her blood.  Aside from drawing, she’s also into painting, carving, sculpting, vector, etc. She looks adventurous, trying every single kind of art. “Siegfried from Soul Calibur! He is actually my game husband!” she told me about her inspiration while laughing. Her styles are art nouveau, being obsessed on creating fine, intricate details and semi-realism in digital. Studying in CIIT, she has learned many things especially doing 3D mechanics. Apart from art, she is a novel writer as she is currently busy on finishing up her story.

Before anything else, she is a person who tends to be fixed in her own ways.”I’m much more comfortable on using Adobe Photoshop than the Adobe Illustrator because it’s easier. The other one seems to be very complex to me,” she explained. When she is doing an artwork and feels that it’s not right, she will improve it even if it means not sleeping at all. This bubbly girl, having dedication on what she is capable of, certainly shows that you need passion and self-confidence on what you’re doing. In the future, she wants to be a character designer of a particular game under Namco.