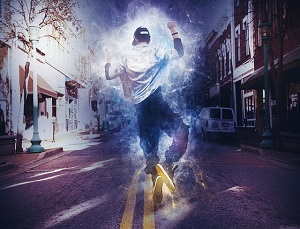 For most of us, a video showing teenagers dancing hip-hop to the tune of New Boyz “Cricketz” is just that — a video. However, this video deserves a second look. It is a product of love and labor of CIIT College of Arts and Technology students.

Last December 21, 2013, during the school’s Christmas party, CR8 CRU, the official name of the school’s dance troupe, presented this dance music video not only to introduce them, but also to invite other students to join their group. It is like hitting two birds with one stone.

According to the group’s Head Director, Mark Mallari, this is just the start of their grand plan. Soon, they will be pushing to join dance competitions outside the four walls of CIIT. Who knows, they may even bag a title in an international competition in hip-hop dancing.

Not only that, this video which was directed and produced by Multimedia Arts student, Vanz Lavado, also highlighted CIIT students’ talent in video editing and animation. This project, which started early November last year, took three days to shoot somewhere in the building’s premises. The school has a pool of talented photographers and videographers. Then, students spent another three weeks for editing which included cutting, color grading, 3D, and composting — skills which they have learned and honed from this school.

Aside from Vanz, credit also goes to Kelil Albuainain for his video animation and to Genzo Abao and Raivhen Grefalda for the dance choreography. It is surely good to know that CIIT encourages talented students to express their preferred form of art.