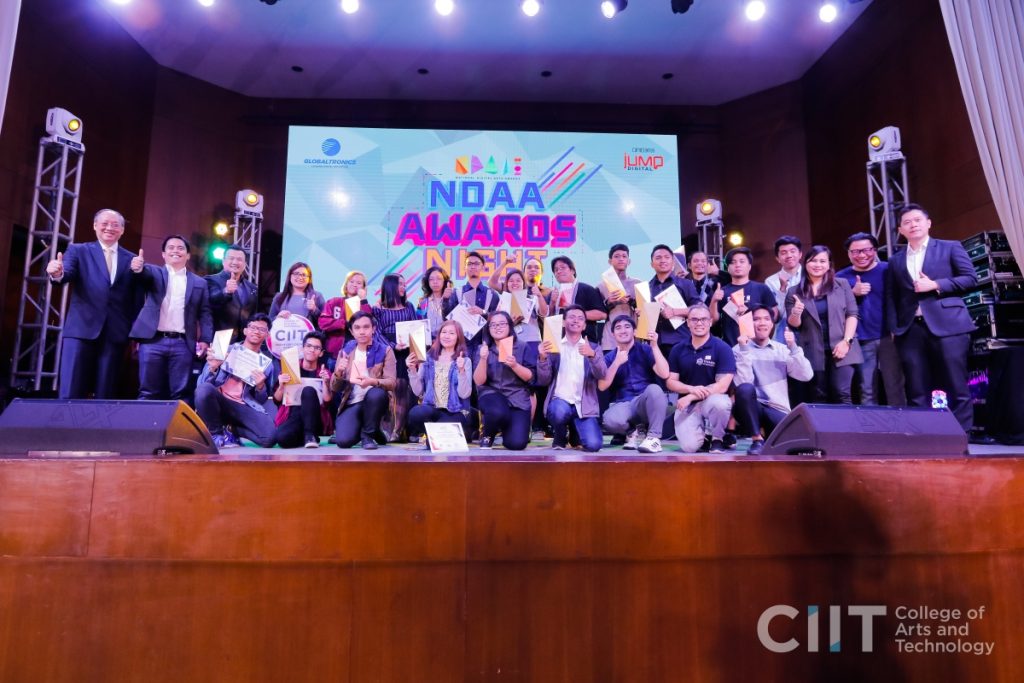 John Clister D. Santos from Our Lady of Perpetual Succor College, one of the three awardees, received the most coveted Bachelor’s Degree full-scholarship from CIIT. He was granted the scholarship after being named as the Special Awardee of the competition for his work “Digital Hero”, which also won the 2nd place in the Animation – Student Category. Two other winners also received scholarships to any Specialist course of their choice at CIIT: John Patrick A. Gañas, 2nd Place in Digital Art in Print and Character Design category; and Julian Felipe Bacani, 2nd Place in Animation Category. 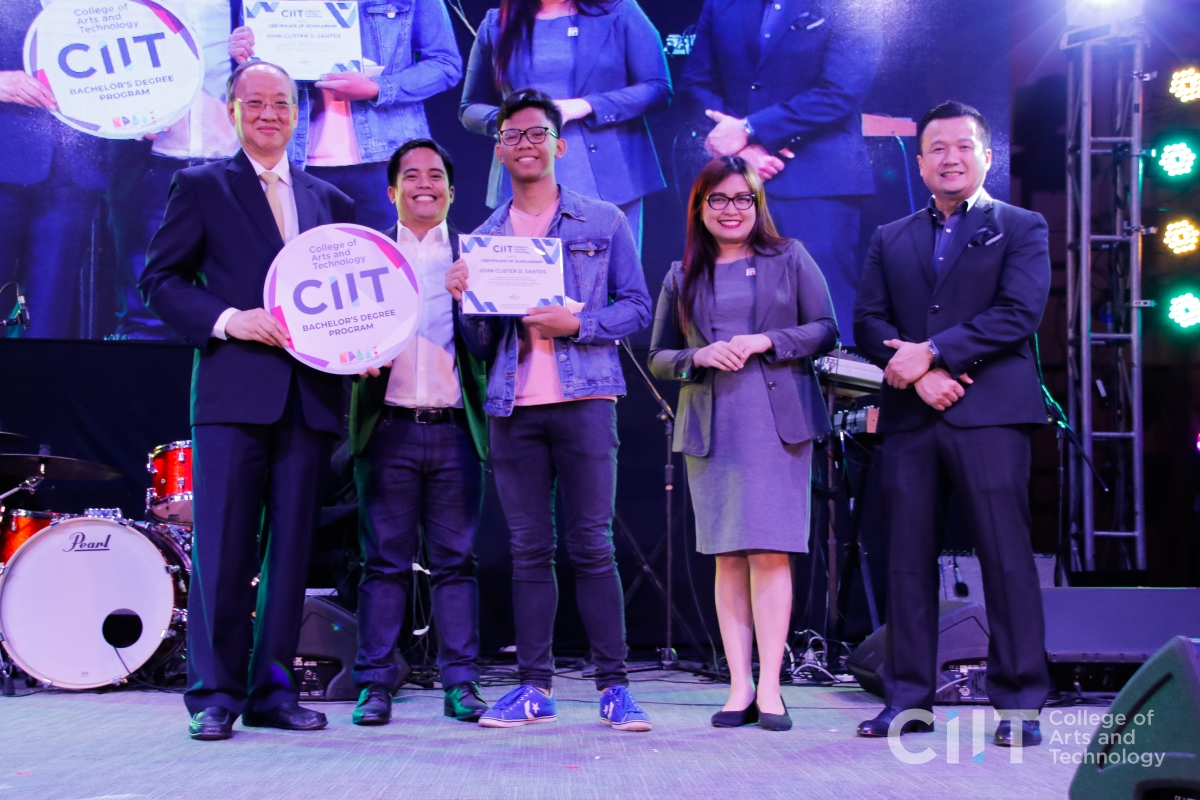 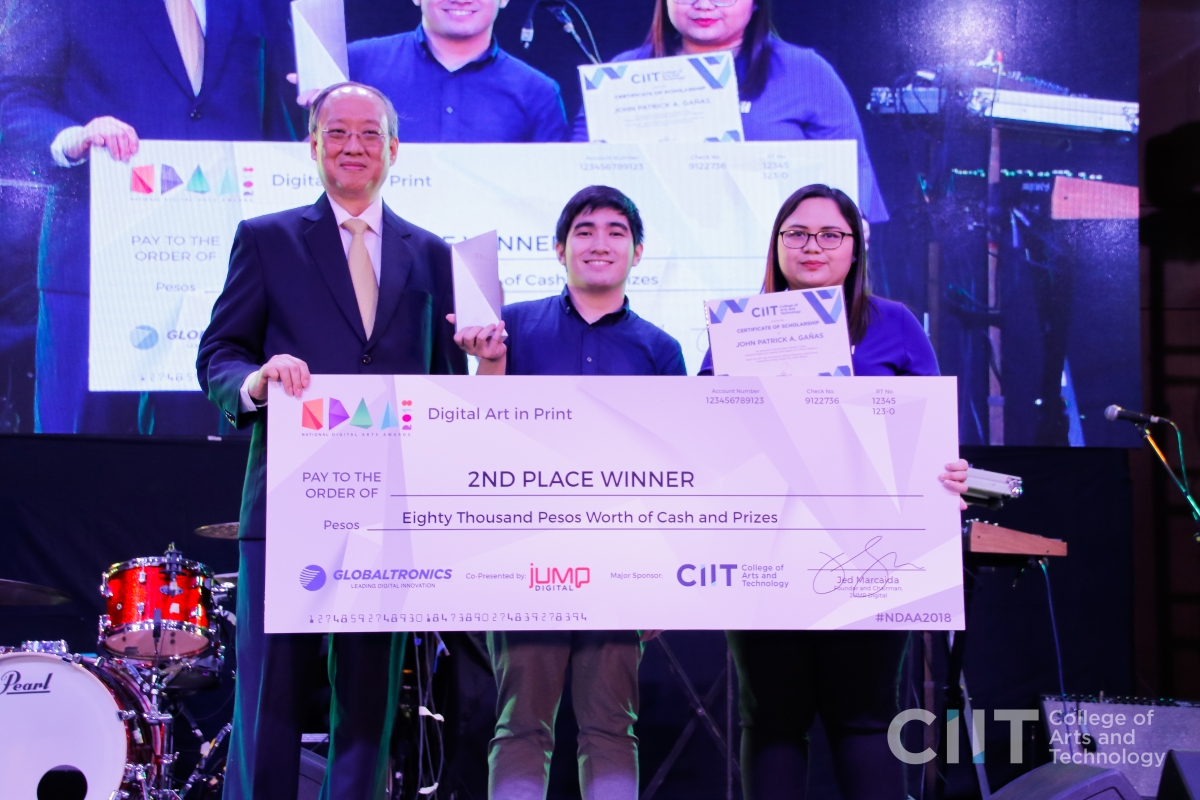 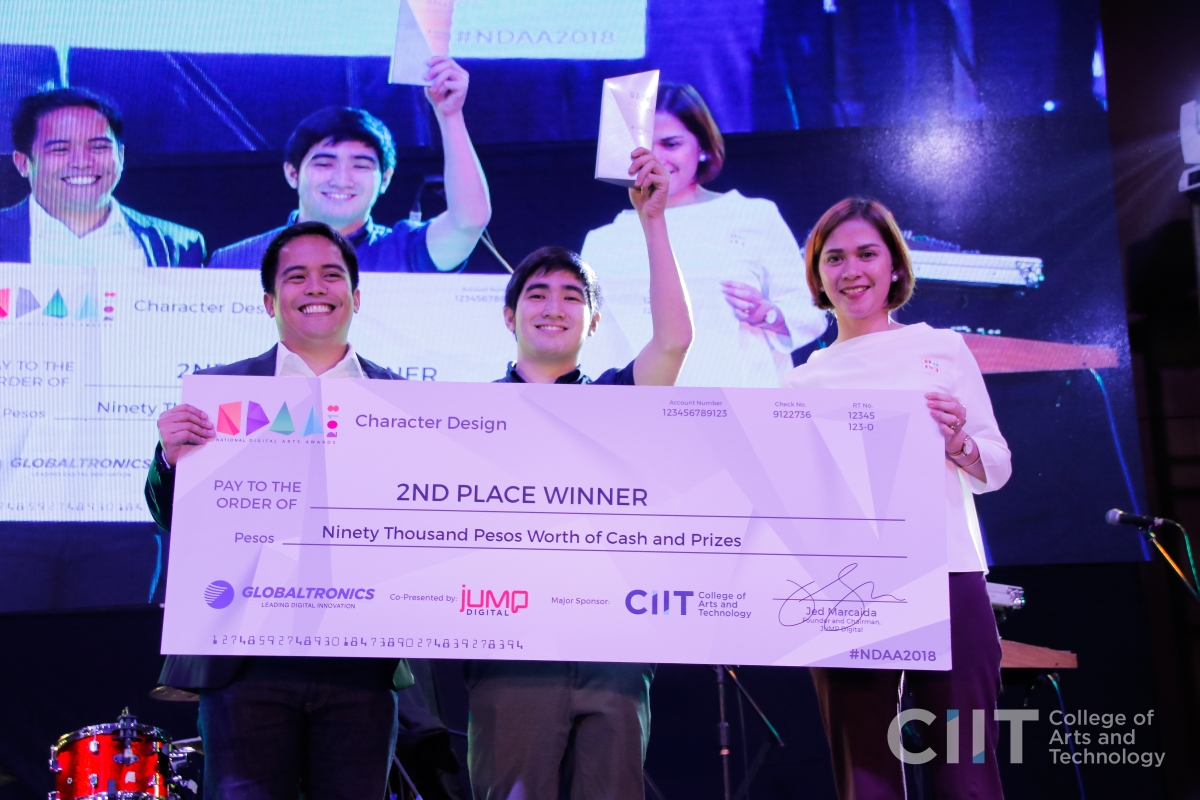 John Patrick A. Gañas received another 2nd place win for his submission in the Character Design category. Jed Marcaida, Jump Digital Founder and Chief Executive Officer, and Lourdes Padasas, CIIT Admission Officer, presented the award amounting to PHP 90,000 worth of cash and prizes including another CIIT Specialist Course scholarship. 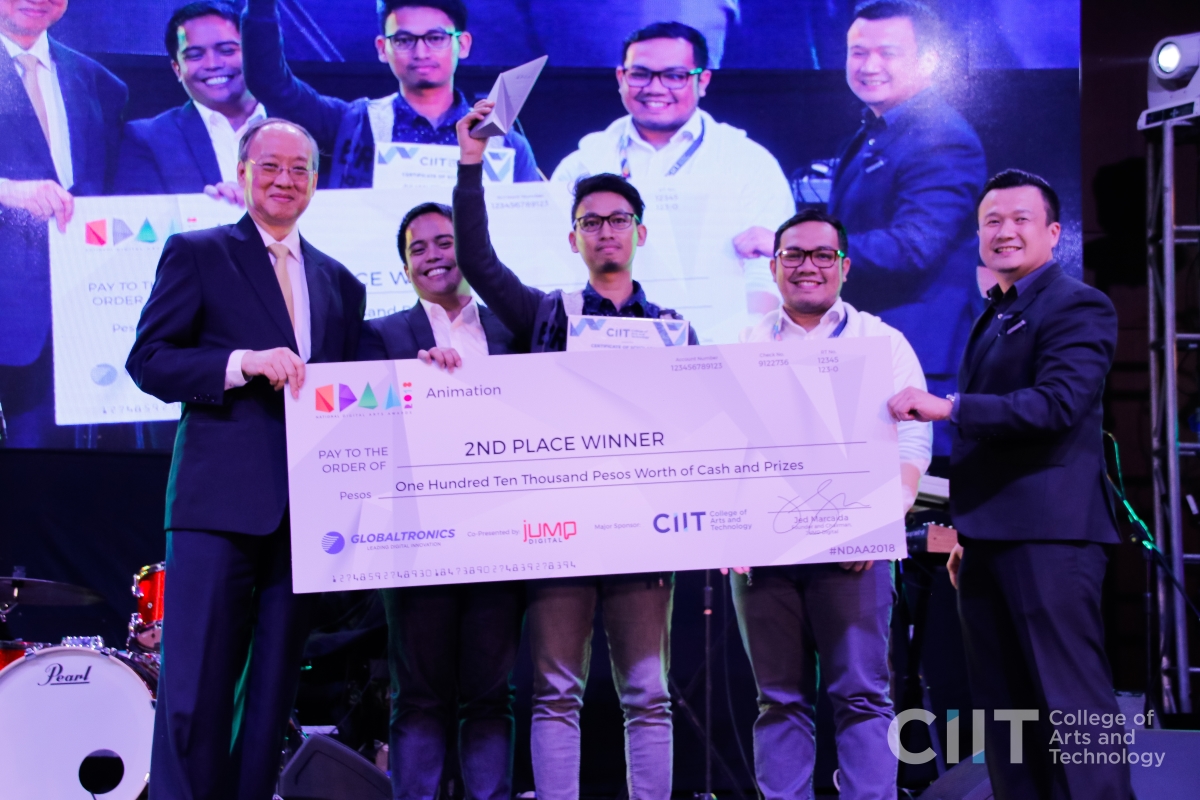 National Digital Arts Awards is one of the most prestigious events in the country which aims to acknowledge digital artists in the country. In 2018, another round of the competition unfolded but this time with fresh categories that made the competition more exciting. “NDAA 2018 introduced new categories this year to cater to digital artists who utilize other media,” explained Tobias Miguel Bernardo, Client Service Head of Jump Digital, the organizer of the said event. “This edition of the NDAA also expanded the target participants by reaching out to artists as young as 14 years old to participate in the competition. And, beyond the usual cash prize–scholarship grants (long-term / short-term courses, etc.) were added.” 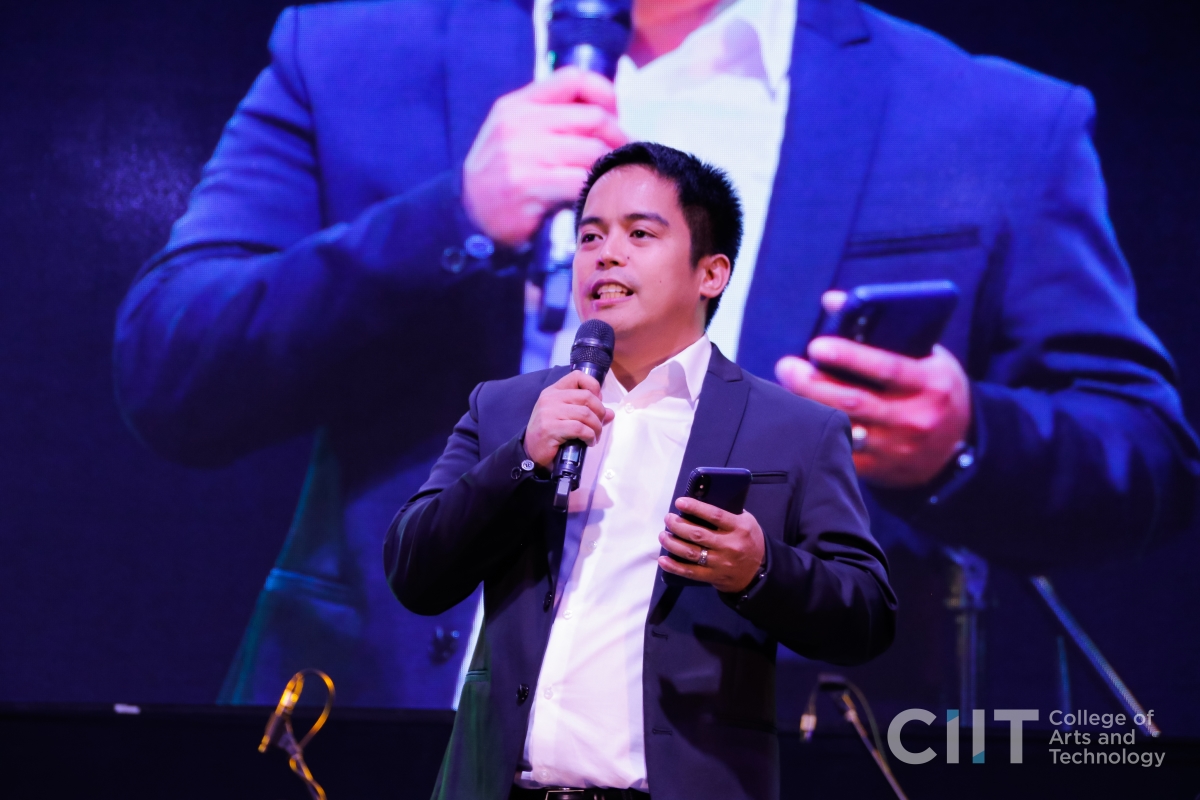 Jump Digital Founder and Chairman, Jed Marcaida, acquaints the audience with the journey of NDAA over the years. He also took the opportunity to express gratitude to all the students who participated in the competition, and the event partners who made the event possible.

The partnership of CIIT Philippines and NDAA started in 2018 after the initial meet-up between CIIT Chairman of the Board, Niel Dagondon, Business Development Manager Nadine Delos Reyes, and Tobias Bernardo of Jump Digital during the planning stage of NDAA 2018. Upon recognizing the potential of the competition to inspire more young digital artists, which is identical to the mission of the school, discussions on scholarships proceeded with the goal to empower aspiring and professional Filipino artists through creativity and technology education.

“The partnership of CIIT and NDAA is a testament to the NDAA’s commitment to nurturing the Filipino digital artists by providing them with a means through which they can further hone their craft. Going beyond financial assistance (through cash prizes), the Specialist courses and the BA program provided by CIIT, showed participants just how committed the NDAA was to supporting them as they pursue their passion for the arts,” says Mr. Bernardo.

Apart from the awarding of the winners during the NDAA night, enthralling performances from renowned artists such as Jem Cubil, Alden Richards and Up Dharma Down entertained the audience. 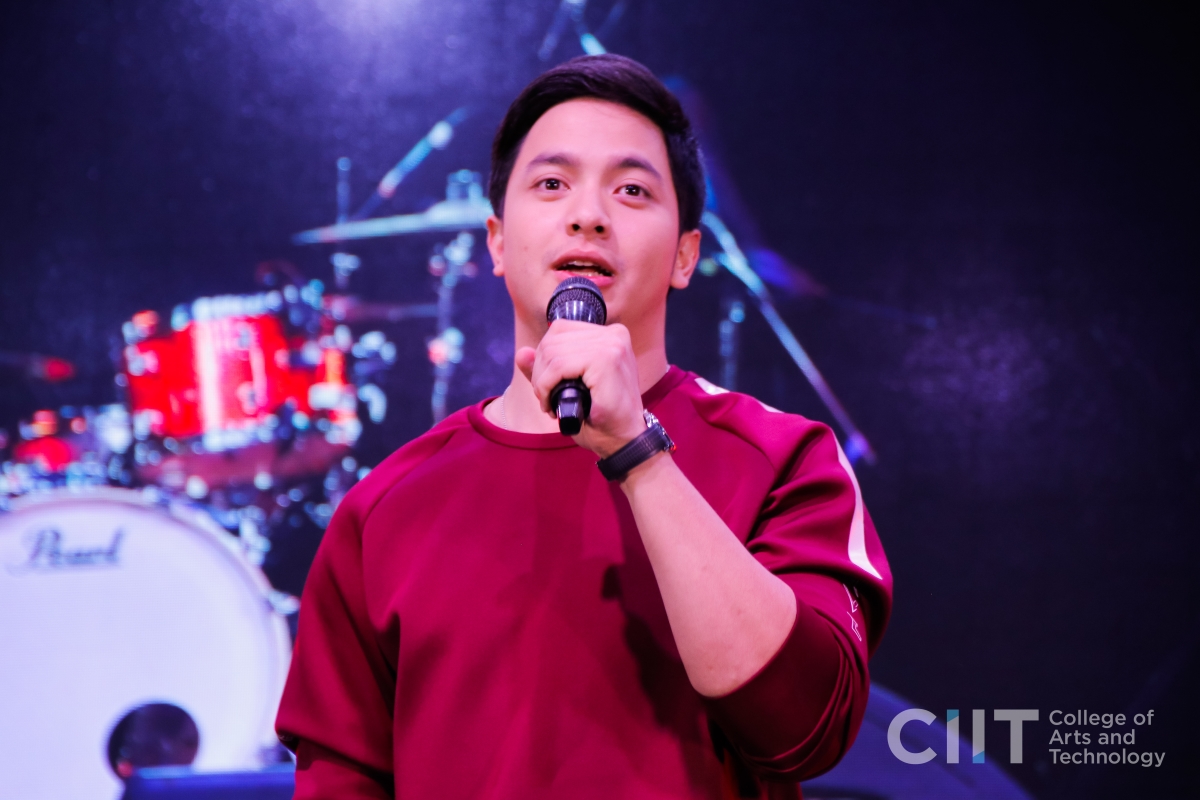 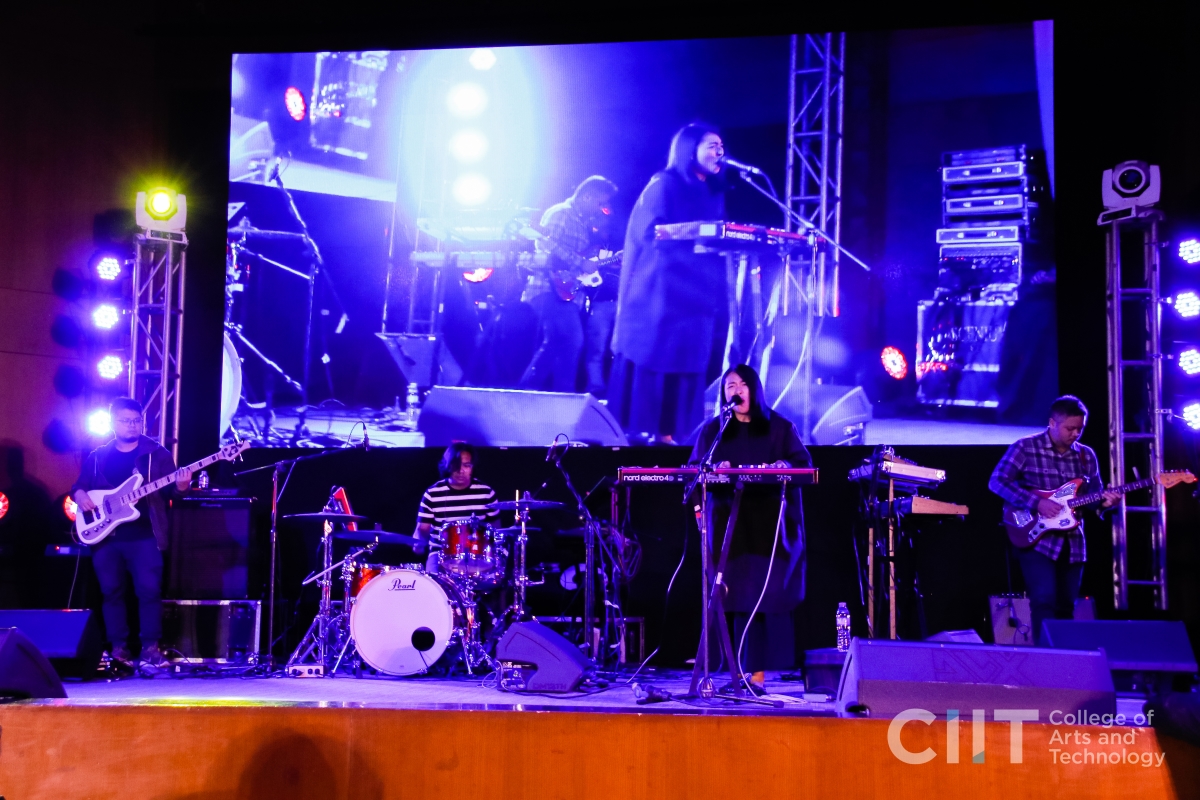 Up Dharma Down (UDD) sings some of their crowd-favorite compositions such as Tadhana, Oo, Indak, and Anino.

Want to be the next generation of National Digital Arts Awardees? Be part of our growing family to see more of these events! CIIT Philippines offers senior high school, bachelor’s degree, diploma, short courses, corporate training, and summer workshops. Contact us for more details.