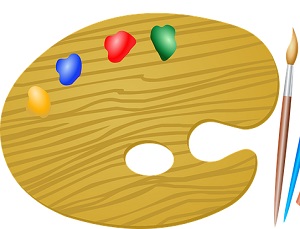 He was not an ordinary kid growing up. He wasn’t naughty nor too playful. What he usually does was draw and send his artwork to his father who worked as a seaman. A very sweet and appreciative approach of saying thank you, isn’t it?

Winning every art contest in his elementary and high school years, we can safely say that this guy, now called Mox by everyone, can be considered a prodigy. Although he admitted that he was once that kind of student who had notebooks that consisted of 10% lecture and 90% drawing, he was still able to demonstrate his academic worth.

Teaching himself to do vectors wasn’t as simple as ABC. Laziness struck him but his artistic side was too resistant to step away from his destiny. He tried again and it became better; he knows that learning from art is limitless.

In addition to the vast spectrum of his prowess, he is also into photography. The spark started when he had a photography subject in CIIT. Without a camera, he really had no plans but later he learned that it is not the equipment that will define him and his photographs, it’s his creativity and persistence. According to him, photography is also his way of saving memories and not just capturing subjects. “It is life’s way of pressing CTRL+S” Indeed, this guy has his own special ways of making things more beautiful than they already are.

Mox doesn’t want to stop here. There are still so many things that he wants to learn like singing, dancing, surfing and skating. He also wants to learn videography, have countless exhibits and of course, share his talent. Having a myriad of dreams and goals is really not bad. Everything can be possible; just don’t limit yourself and do what Mox did. With his brilliance and expertise, he hasn’t forgotten to keep himself grounded. When asked about his favorite reaction from his peers was, he said, “When they told me that ‘You’re so different now’. I won’t forget it because it really made me laugh. Well, yes there are so many things that I’ve learned and I’ve been improving but I’m still the Mox that you knew, there are just some improvements but I’m still me, like before.”

Mox Fotografia: 'Everything can be possible' | CIIT Philippines