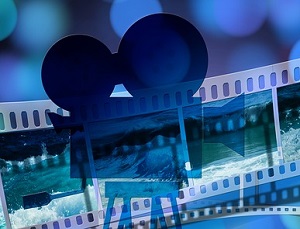 When pencils and colored pencils are the only medium that you can use, when the deadline of submission is already close at hand but you are still staring at a large, blank illustration board, will you still be able to produce an artwork like those above? For most of the CIIT students, particularly Shaun Bermas, Christian Jerre David, Ralf Joshua Dometita and Sean Valencia, the answer is yes.

These artworks are the final plates for the subject Elements of Graphic Design under Sir Francis Zerrudo. What really amazes me besides the artworks themselves is the fact that they did these at the last minute, which is really something to be considered when you look at how their works were executed.

“To be honest, I brought a blank master illustration board then I did it on school right before the start of class.” Said Ralf.

It was only through random search on the Internet that these students chose their movie posters but even so, they were able to play on blending colors and such. It’s also good to know that these artists are always willing to learn more and to stay outside of the box if only they were given more time.

“Actually , I’m not fully satisfied with whatever I do, I know that I can always do better but being unsatisfied has helped me to always remember that I need to learn more and I have to improve,” Christian David stated.

Times like these are, indeed, very trying and when you just can’t find that push or inspiration that will get you through, you can always look at the simple reasons.

“My thoughts while I was finishing this plate were, I just want to pass this subject because it is really difficult and I don’t want to repeat next sem.”