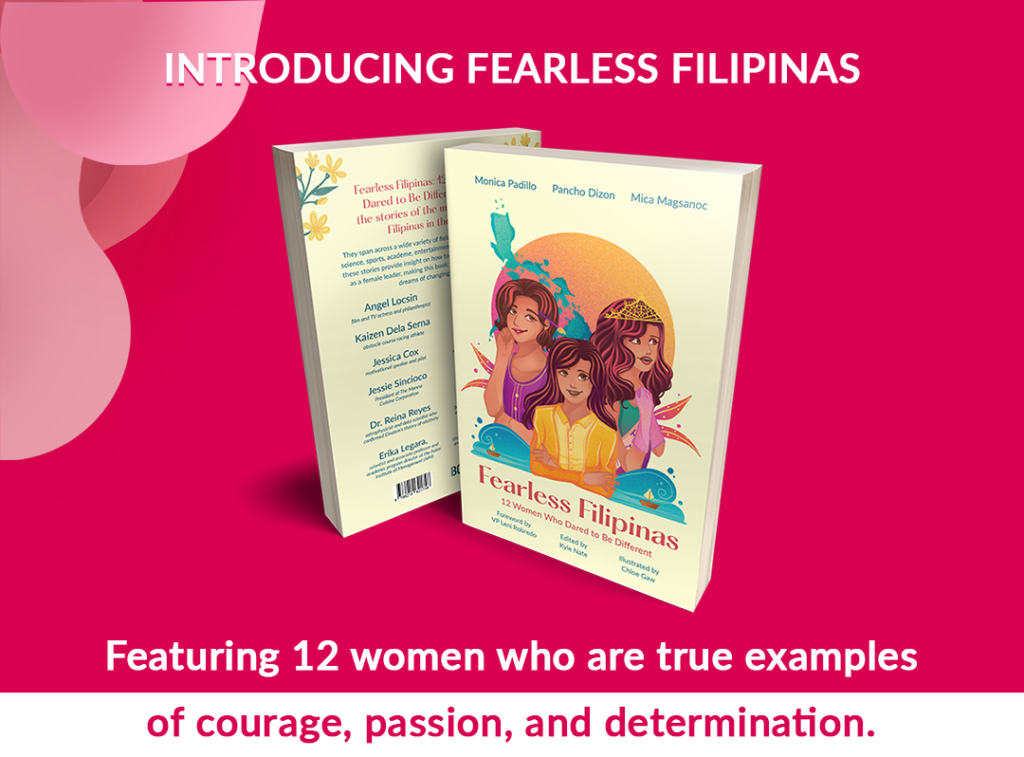 In honor of women’s history month, new book, Fearless Filipinas: 12 Women Who Dared to Be Different, shares the stories of modern Pinay heroes with exceptional illustrations from CIIT SHS students.

Filipino history has a pantheon of great Filipina leaders, such as Gabriela Silang and Melchora Aquino. In addition to these historical heroes, there are many modern Filipino women that have succeeded spectacularly in their respective fields, broken the glass ceiling, and strived to give back to their communities.

These Filipinas deserve to have their stories documented at length, so that other women can gain inspiration from not only what they achieved, but how they overcame the many obstacles that once stood in their way. Such was the spirit behind the new book, Fearless Filipinas: 12 Women Who Dared to Be Different.

The book opens with a foreword from Vice President Leni Robredo, who noted that the book can be a catalyst for readers.

“While all of the women featured here hail from different fields, they are all united in their demonstration of ‘fearlessness’ in the face of adversity, prejudice, or even the status quo. Celebrating their lives—and indeed, their individual moments of fearlessness—should serve as a rallying cry to all women: We are all capable of the courage it takes to achieve unprecedented greatness,” wrote VP Robredo.

The women featured in Fearless Filipinas indeed span a broad range of fields, including entertainment, sports, academe, arts, business, and more. The inclusion of such a diverse array of endeavors was intentional: At a time when many women may be pressured into a narrow definition of what success is—and is not—the book’s editorial team wanted to broaden it completely. As demonstrated by these women, success can be found in any field of your choosing, so long as you are happy and content with your choices.

The book’s representative in entertainment is none other than Angel Locsin, who shared her coming-of-age as one of our generation’s greatest actresses and activists.

“By sharing my story in Fearless Filipinas, my goal was not to inspire young women to follow my own path, as an actress or even as an activist. I instead hope that my experiences—combined with those shared by the other great women I am proud to appear alongside—give young women an even more powerful message: You can accomplish anything you set your mind to,” said Locsin.

The other women featured in Fearless Filipinas include:

Here are the outstanding CIIT students who have distinctively contributed to the success of Fearless Filipinas:

Kyle Nate, the deputy editorial director of Bookshelf PH, the publisher behind the book, which specializes in titles in business, education, and other genres, believes that efforts like Fearless Filipinas can be a way to extend the discourse beyond just women’s history month.

“Although March is Women’s History Month, we want to celebrate women beyond that. Fearless Filipinas is our contribution to that goal. While this book was the first, there will be many to follow, each sharing the stories of great Filipinas. We hope this series will be not only a hub for positive content, but a spark for meaningful conversation,” said Nate.

Fearless Filipinas is slated for the release at the end of March, and is available for pre-order here: https://bookshelf.com.ph/pages/fearless-filipinas.

Bookshelf PH aims to promote great Filipino books in fiction and non-fiction. The goal is to produce a rich literature that will contribute to individual empowerment, and in the aggregate, nation-building. At the core of these aspirations is the belief that the surest and simplest path to personal and professional growth is through reading.