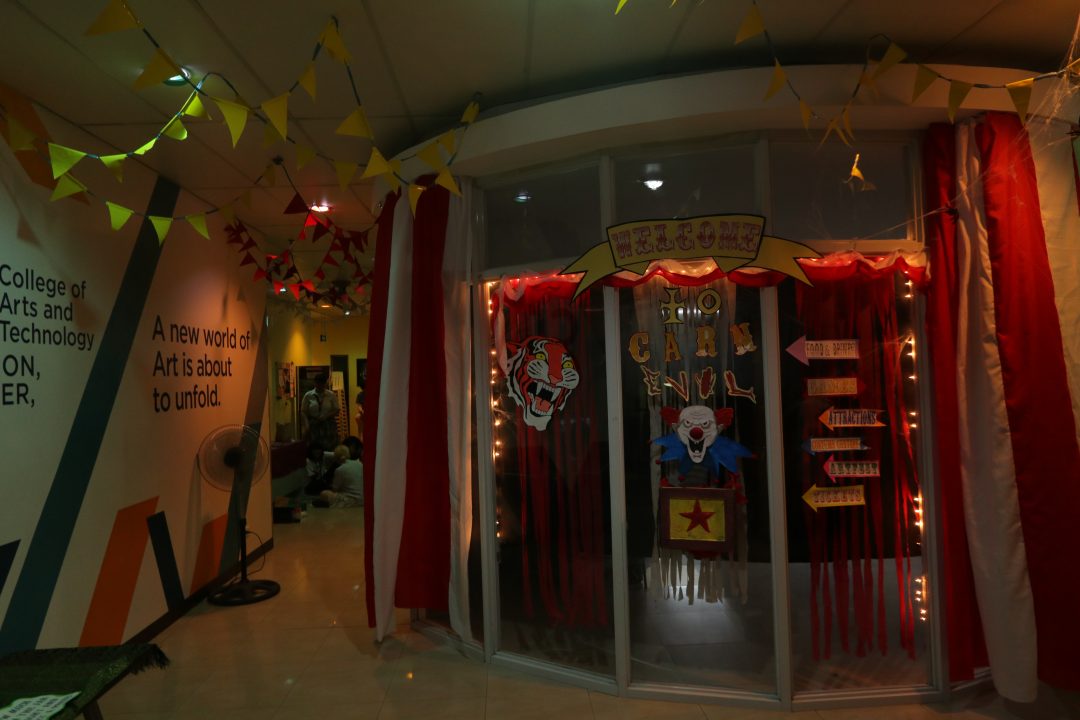 October 30, 2017, was a very SPOOOOKY day here in CIIT as we all celebrated Halloween. Our students and staff all decorated the halls with some creative and slightly unsettling stuff like X-rays, a hooded lady, blood on the doors and windows, cobwebs, the works. There was a funhouse, a bake sale, and of course our students selling some of their art. Both our students and staff also had their own costume parties, with the kids showing off all that pent-up creativity within them. There were cartoon characters, video game characters, ghosts, fluffy dragons, and one terrifyingly realistic decaying zombie.

The employees also held their monthly gathering on the same night. Each department had a theme for their costumes such as our A&R department’s award-winning zombie horde, our IT department’s uuhhh… special… Motherly get-ups, and BDD’s suave twilight ensemble.

Time to Play a Game

No party is complete without games and no HALLOWEEN party would be complete without scary games. We made sure to send tingles down the spines of our participants. There were bugs and mashed foods and all sorts of smells that should not be allowed to exist.

The first game was fun; people just had to look like toilet paper mummies. Standard Halloween game. Next, we had the Withered Corpse. We tested our players’ senses and knowledge of everyday things to see if they could get what was inside the plastic cups. This was our first game to rupture someone’s eardrum and possibly cause certain people to never touch certain fruits ever again. No harm done except for everyone’s trust for the remainder of the party. Our final game was about luck. The goal was simple: Get the Good Box. Unfortunately, there was only one good box out of four. The good box had gummy worms in it. Yay sweets! The bad boxes had plastic bugs in hot sauce, slime, and LIVE MEALWORMS.

The party ended with a great feast prepared by our hosts. True to the theme, the food was laid out in the shape of a dead man. Literally. With ripped clothes and everything. The main dish was kare-kare and oh me oh my was it amazing.

Check out our Facebook album to see more festive photos!