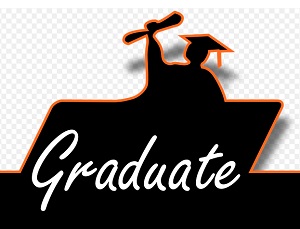 September 21, 1972– A date that has already made its mark wherein civil liberties were downsized, but who would’ve thought that 41 years later, this date would promise freedom, freedom of the CIIT Graduates from all the sleepless nights, deadlines, projects, homework and the like. Well, maybe for now.

It was on September 21, 2013 that CIIT College of Arts and Technology had its third commencement exercises at the PETA theater and as always, graduation days are always full of opposites: beginnings and endings, hellos and goodbyes, past and future. Just like what the president of CIIT, Mr. Elson Niel Dagondon, had said in his opening remarks, it is “the end of one journey and then we start another.” Starting something can mean taking risks and it is not always easy however, starting is better than stopping. Salutatorian Angelo Nathaniel Martinez said that he has chosen a school that no one has ever heard of nor encountered during career orientations but he took the risk to take that school and guess what? It’s worth it. There were some times when he simply wanted to give up and shift to another course but he realized that giving up is not an option if you really want to fulfill your lifelong dream.

Everyone who graduated believed that they had the skills and practical knowledge that they acquired through learning and hard work but they know that education doesn’t stop in school. It sounds cliché but that’s the truth. All of the graduates have worked hard to earn their diplomas but none of them will take the same journey as the other. Some may pursue another degree; others may find themselves working in the field they’re really good at. Whatever it is, this is what the graduates of CIIT are prepared for and with this, let’s be reminded of what the Valedictorian Earth Ponce Maniebo said, “Let’s not forget to look back on who we were before.”

To the graduates who are now ready to step into the competitive real world, we wish you well and we are indeed very proud of what you have achieved.  So go out there and make us proud!

To Our Graduates of 2013, A Massive Congrats! | CIIT Philippines