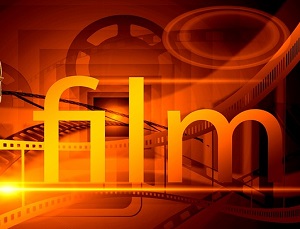 After seemingly endless nights and the effort pursued despite the odds, Zero Degree Productions finally, proudly, unveiled its recent project, a film chillingly entitled “Left Behind,” in a series of fundraisers designed to support their next big film. The movie fell under the genre of horror, a subject that most Filipinos particularly adore, and revolves around Catherine and Troy, and a spine-tingling occurrence that would definitely make the audience feel terror and dread. It begins with a very drenched Troy coming home later to his lover, Catherine, at a very late time, seemingly in a daze, dumbfounded as to what had happened to him. After a few minutes,

Catherine receives an ominous phone call from Troy’s mother, who informs her that Troy has just died from an accident. Troy, meanwhile, in hearing this, argues that he and his mother were in the said accident, but points out that he was the only who survived, leaving the audience with a question that kept them at the edge of their seat. The film lasted exactly fifteen minutes, yet in that short amount of time, the cast and crew of the movie, composed, of course, by CIIT’s best and brightest students, were able to elicit a powerful reaction. The film was shown inside the Cosmopoint International Institute of Technology a number of times. The tickets were also sold inside CIIT’s campus for a period of time, and Vanz, the director of Zero Degree Productions, said that the fundraiser “was such a success that it’s enough motivation to drive the team and the students towards producing more, better, bigger projects.” And not only was it a financial success, it also came with acclaim and messages of wonderment from its peers, including Erlyn Grace P. Gatchalian, who said that “The effects were eye-catching and sounds were very appropriate for the scenes,” and Adrian Paul M. Abela who pointed out that “This film is a notch above the usual.”

Utilizing the leanings and valuable lessons acquired from their professors and the brilliant curriculum Multimedia Arts program of the Cosmopoint International Institute of Technology, equipped with the latest, most updated Adobe CS5 technology, one can only assume that this is simply the start of a bright future and a career in media and in film for the young and talented members of Zero Degree Productions. We at CIIT will continue to support each of their endeavors and will endure in our longstanding goal to give our students the best of their education so that they can contribute significant achievements to our society and to our culture.