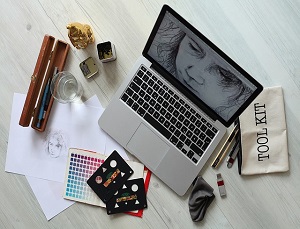 CIIT Students Brew up a Storm at Graphika Manila 2012!

It was on the eleventh of August this year when Graphika Manila was held at the SMX Convention Center at the Mall of Asia. It is an event held solely for the purpose of inspiring people with the stories and experiences of different multimedia and graphic artists all over the Philippines and abroad.  For this year’s event, the chosen sharers were Christian San Jose and Rob Cham of Create.ph; Jerome Austria, JP Cuison, Joshua Smith of Hydro74; Gerald Ding of PSYOP, Sudeep Gohil of DROGA5 and Bradley G. Munkowitz of GMUNK. It had still proven itself to be a much awaited event as more than 3000 attendees braved the rains to witness it.

Students from different schools gathered before 9:00 a.m. at the entrance to register and receive their loot bags. Everybody “dressed to express” and of course CIIT Students were no exception with more than 150 in attendance who were there not only to enjoy the event, but also to support their fellow students.

The anticipated teaser video for the event was created by our very own CIIT Films members Vanz Lavado, Myles Capareda, Jaycee Garcia, Sean Gonzales and Oliver Santiago.It was played on the screens at the venue itself which helped promote CIIT as one of the best multimedia arts schools that showcases the talents of its students. Check out the video here

One of the creators of the teaser video, Oliver Santiago, was just a typical freshman who dreamed of sharing his work to everyone.By submitting his entries for the Graphika Manila booklet, he was not only included as a contributor, but his main entry made it all the way to the cover page of the booklet.

When we had a chance to talk to him, this was what he had to say:

“At first I was really shocked because I wasn’t really expecting it until I received an email coming from them. All I wanted was to be included in the book, that’s all nothing more! But then I was blessed, I made it! My first entry was a published work but I was not confident about it so I decided to make a new one. I was even more shocked when I found out that my other entry was also included in the book. Hahaha. What happened to me can happen to anyone. Just do what you love. Go out and satisfy yourself with inspirations. Also from the words of John C. Jay, work harder than anyone else and you will always benefit from the effort.”

Graphika Manila made it possible for Oliver and the rest of the students to be recognized for their skills and to be inspired by the speakers while having a great time. On the other hand, the speakers felt overwhelmed by the support and accomplishments of all the attendees.

It was another great year for Graphika Manila. Let’s see each other again next year hoping for more surprises from our students at this awesome spectacle for multimedia arts!

Bradley Munkowitz for GMUNK showcasing their work for TRON Legacy

GM2011 speakers Katwo and Nico Puertollano of 27+20 in attendance

Students take a pose with the lovely emcee