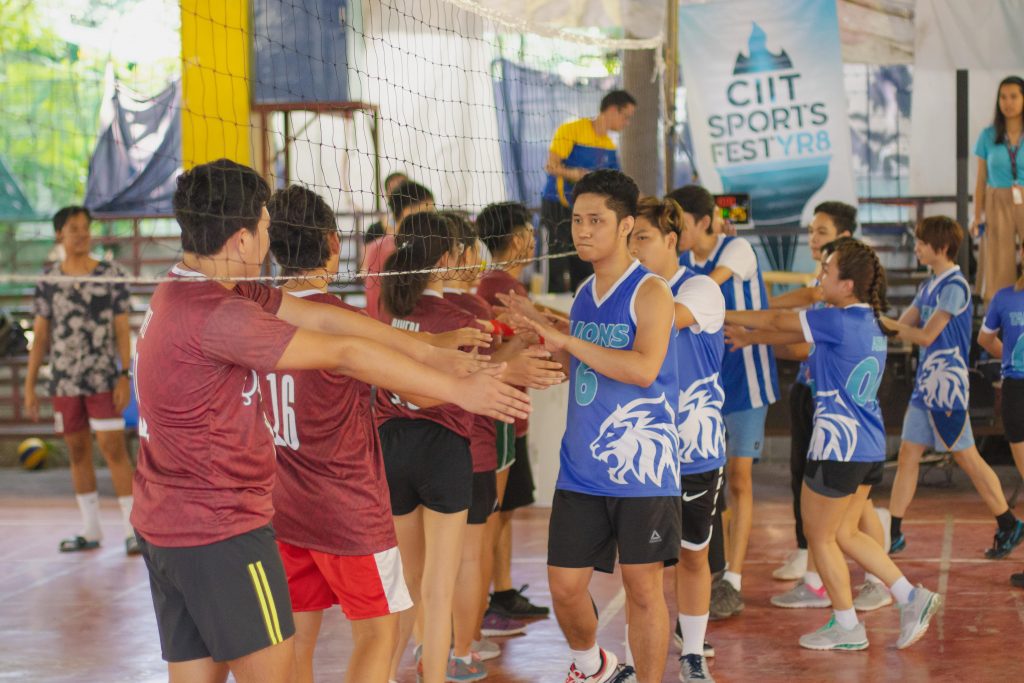 What Made CIIT’s Sportsfest Eccentric this Year?

The season to take a break from all the stress of school work finally came this school year at CIIT through the most-awaited week-long festivity held by our community, the Year 9 Sportsfest! Five houses—Yellow Stags, Red Wolves, Blue Lions, Purple Hounds, and Orange Raccoons—fiercely competed among themselves to win in the different sporting events held to take home the most coveted title of, ‘Over-all Champion”. Amid fierce battles among teams, camaraderie reigned supreme as smiles and the sound of laughter filled the air reflecting a competitive friendly atmosphere. While traditional sporting events are still the crowd favorite, the CIIT Sportsfest Committee added a few twists to the festivities for an even more exciting week. In fact, it has made all the difference to turn this CIIT Sportsfest 2019 into an unforgettable one. 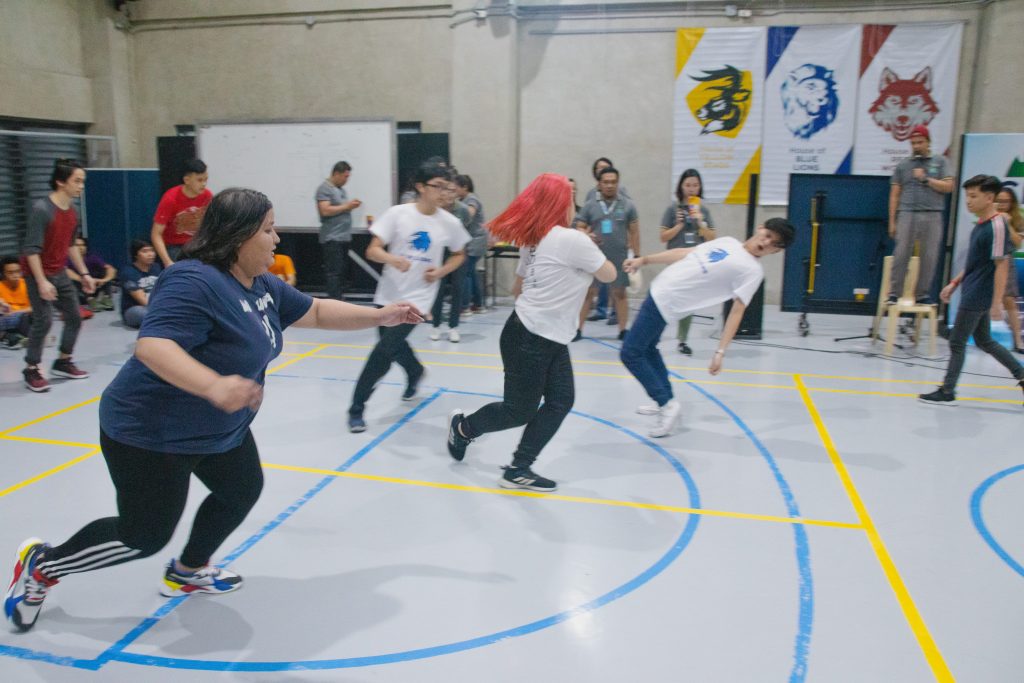 Who wouldn’t like to earn extra points for their teams, right? On the first day of the Sportsfest, other than the clatter and shouts of students during the parade and the lighting of the torch, social games made the day an exhilarating one. Participants from each team got to play Agawan Bola, Pasa Bola, and the infamous, Dodge Ball. The opening day ended in a head-to-head match between CIIT Students and Staff in a 3 vs 3 Basketball match. In the end, Orange and Purple ruled the game. 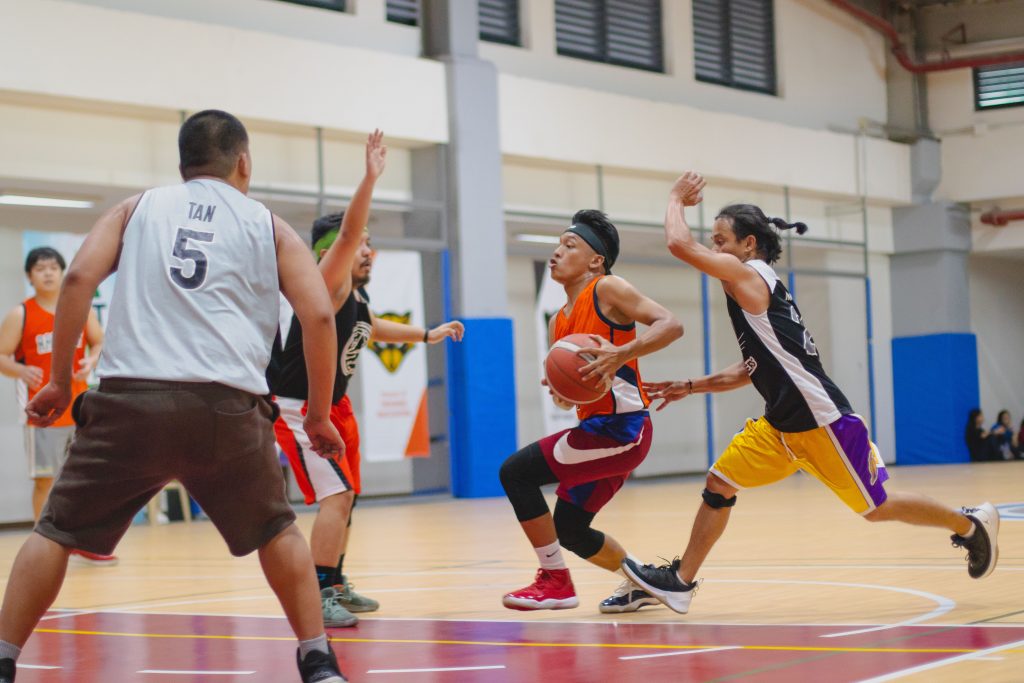 Sportsfest is a season of leisure and recreation for the whole CIIT community. It is also a time for the faculty members and staff to interact with students and make them feel the closely knitted community of our school, especially towards the freshmen. Hence, they formed their very own team, the Black Panthers, who got to compete against the other houses during the events. Of course, each house will have advisers coming from the different Departments in the school.

In fact, for the second time around, the Business Development Department bagged the title “Best House Adviser”. 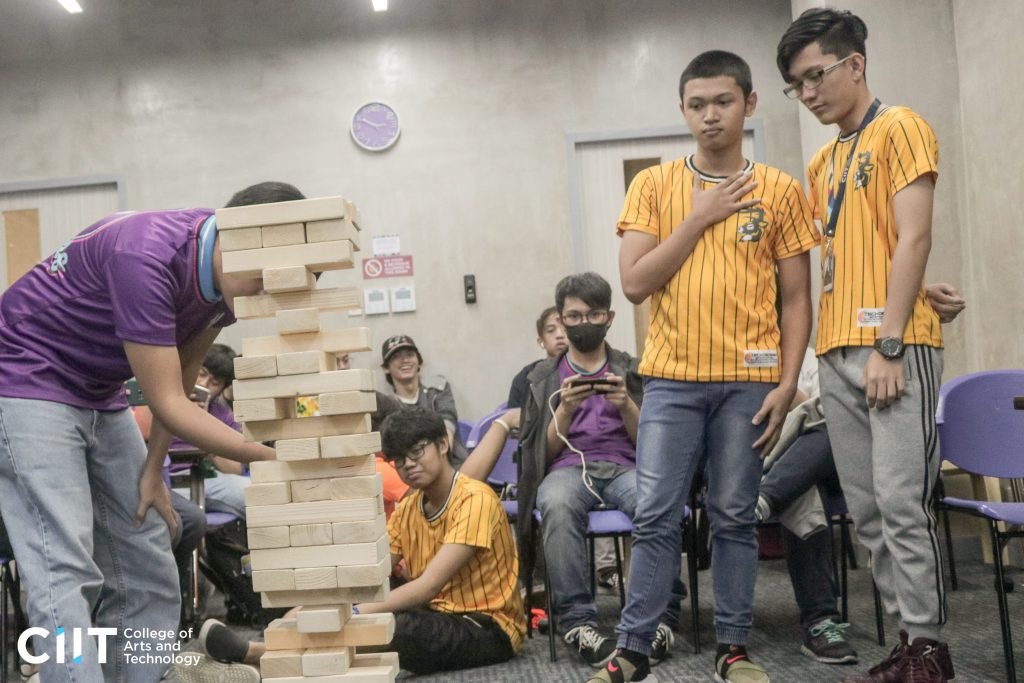 The sporting event, Jenga, is not entirely new to the CIIT Sportsfest line-up. This year, however, the event was made even bigger and better with an all-new set that amused the game spectators. The thrill was taken up a notch with the construction of a jumbo-sized Jenga that can easily reach as high as 4 feet! Even the players, who were the best bets of their respective teams to win the game, experienced new challenges with the huge set since most of them were used to playing the game sitting down on a still table. The Jumbo Jenga required its players to go around and think fast while staying smart before moving a piece. So, who ruled the Jumbo Jenga? It was none other than the Purple Team in Jenga Men’s Singles and the Yellow Team in Women’s Singles. 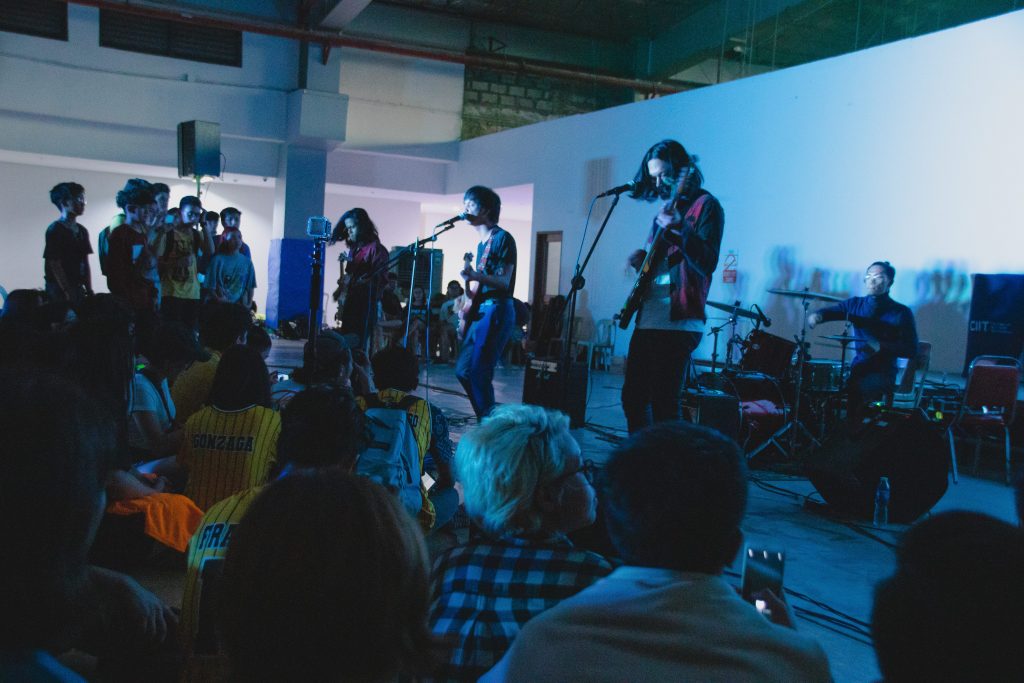 After a week of hard work and a day of nerve-wracking championships, the CIIT community capped off the Sportsfest Year 9 with a truly remarkable closing ceremony. Serenaded by fresh vibes from the upcoming band, Calein. CIIT students sang along as they played their infamous hit, “Umaasa”, whose music video was directed by a CIIT Student, Gayle Oblea.

You might be wondering who took home the most coveted title? For CIIT Sportsfest Year 9, it was the Purple Hounds!

All thanks to the CIIT Sportsfest Committee and of course, to the CIIT Student Council for making yet another remarkable CIIT Sportsfest 2019 event. To all the teams, congratulations on doing your best throughout the week. Kudos, CIIT! Experience a different kind of Sportsfest. Become a CIITzen in the future. Call us at 8 441 0737 or 8 441 1816 to know more about our CIIT Bachelor’s Degree programs today!