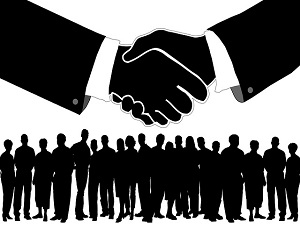 It’s that time of the year again, and the much-awaited Graphika Manila is just around the corner. Continuing the tradition which was forged and established last year, CIIT has once again partnered with what is perhaps the most prestigious and the largest digital arts event in the country: Graphika Manila 2012. As everyone knows by now, the annual happening, which began humbly in 2006, has attracted over 7,500 students and professionals in the field of Graphic design and Multimedia Arts, acquiring the reputation as the most influential multimedia arts event in the country. Last year, they made headlines

by inviting and showcasing pioneers in the field of multimedia and animation, which includes Weta Digital, the Academy Award Winning team that worked on James Cameron’s Avatar.

For this year’s festivities, Graphika Manila has invited once again experts in the field who will discuss and talk about the latest techniques, the newest technological advancements and the future of Multimedia Arts. The guests include PSYOP, a New York based Motion Graphics and Animation Company, Gmunk, from California, who’ll be speaking about the nitty-gritties and opportunities in the field of Advertising, and Hydro 74’s Joshua Smith. who’ll be speaking about the fine and ever exciting arena of Graphic Design. The event will also bring back favorites, JP Cusion, an artist whose name is synonymous with innovation and breathtaking imagination, and Creative Director Jerome Austria.

CIIT’s continuing work with Graphika Manila is an affirmation of the academic institutions belief in the incredible potential and very exciting future of Graphics Design, Multimedia Arts and 3D Animation in the country. It is also a part of their on-going endeavor to further push the potential and boundaries of digital education of the Philippines, by raising awareness, interest, and providing training and top-notch education. As the premiere and one of the fast-expanding digital arts school in the country, CIIT is dedicated to pursuing our vision of providing artists with world-class skills.

CIIT students enrolled in Computer Graphics Design, Multimedia Arts and 3D Animation are also expected to attend after getting their preview of last years’ event and so CIIT is very much excited to have a larger family join and witness this awesome annual event.

The conference will be held on August 11, 2012 at the SMX Convention Center from 10:00 AM-5:00 PM. For tickets to the event, please check out the website of Graphika Manila.  See you all there!