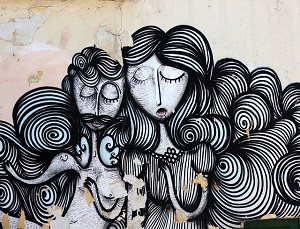 CIIT Lokal opens a new window of opportunity as students come out of their shells to show their true colors.

CIIT Lokal is an event organized by the CIIT Student Council through its president, Marky Saavedra. The Student Council sees a lot of potential in their fellow students so they decide to organize this event to recognize their schoolmates’ talents. As the students bring out their artistic talent and strut their stuff on the catwalk, Mark’s expectation grows. “Hands down ako sa talents nila.” He remarks.

The event was held in Area 05 along Tomas Morato, Quezon City and consisted of different contests in photography, character design, and shirt design. The event also included a fashion show where some CIIT students made their modelling debut. The theme brought out Filipino pride since it was focused on our country’s mythology and culture.

The outpour of support from friends and family was unexpected. Parents of the participants took pictures while their children walked on the runway with grace and newly discovered chutzpah. Even those who joined the various contests were sitting alongside their moms and dads while waiting for their names to be called.

It was an extraordinary event where students’ talents were witnessed, especially during the awarding of winners and runners up where they were given cash that their works deserved. However, it was not only those skilled in arts who were noticed; the beautiful faces of CIIT Students were seen as well as they walked through the runway wearing different kinds of apparel. The lights complimented their complexion that made them look more fierce and sophisticated. Professional models such as Shanna Retuya and Tsard Chua added more impact to the event with their presence and natural flair for fashion.

The Student Council wishes to extend their gratitude to one of their professors, Mr. Jav Velasco, for being the Creative Director of the event. Without his help, the event would not have been possible.

CIIT Lokal was an event worth watching that even the organizers themselves couldn’t help but gush over. It was worth all the effort since it gave everyone a sense of accomplishment and a fresh, new perspective. It was truly a unique experience for the CIIT Students who dared to go beyond what was expected of them and eventually wowed the crowd.