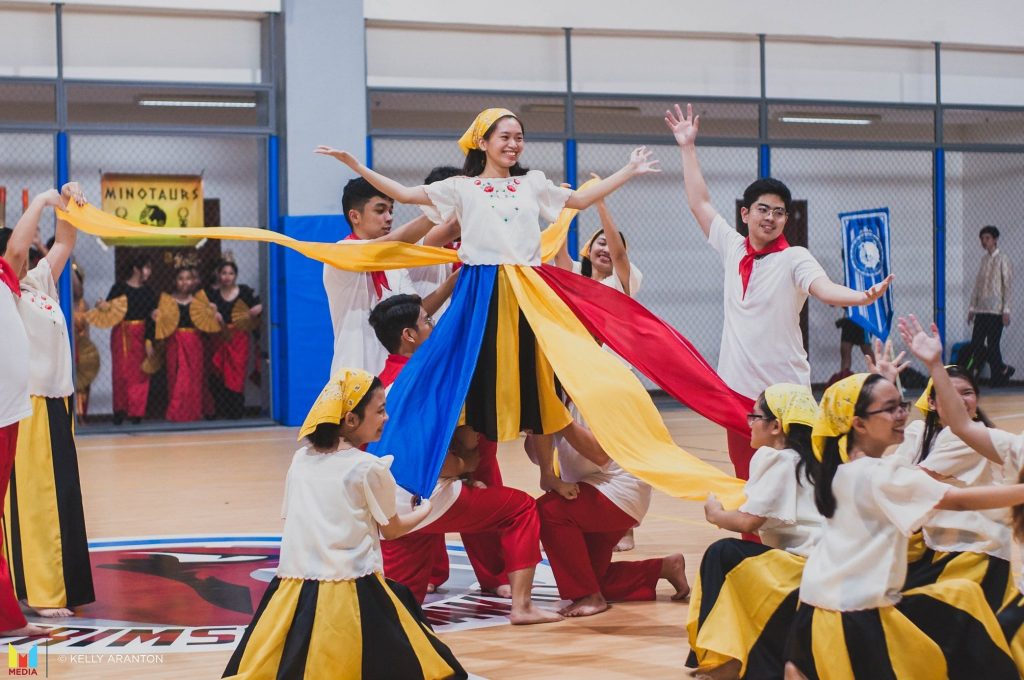 Celebration of Intramurals Week in an Arts and Technology School can be regarded as one for the books. Why? Because in a school like CIIT Senior High School this season of social, recreational and sporting events is an avenue for these young folks to exhibit their multiple talents and skills which go beyond creativity, artistry, and innovation. Last September 18 to 23, our CIIT Senior High School enjoyed a week-long Intramurals celebration with the theme “Agwikasan 2019”. Four teams competed in different game events with an ultimate goal of bringing home the trophy that determines the “Over-all Champion of the Year”

To give you a sneak peek of the exciting week, here are 10 highlights of the CIIT Senior High School’s Agwikasan 2019: 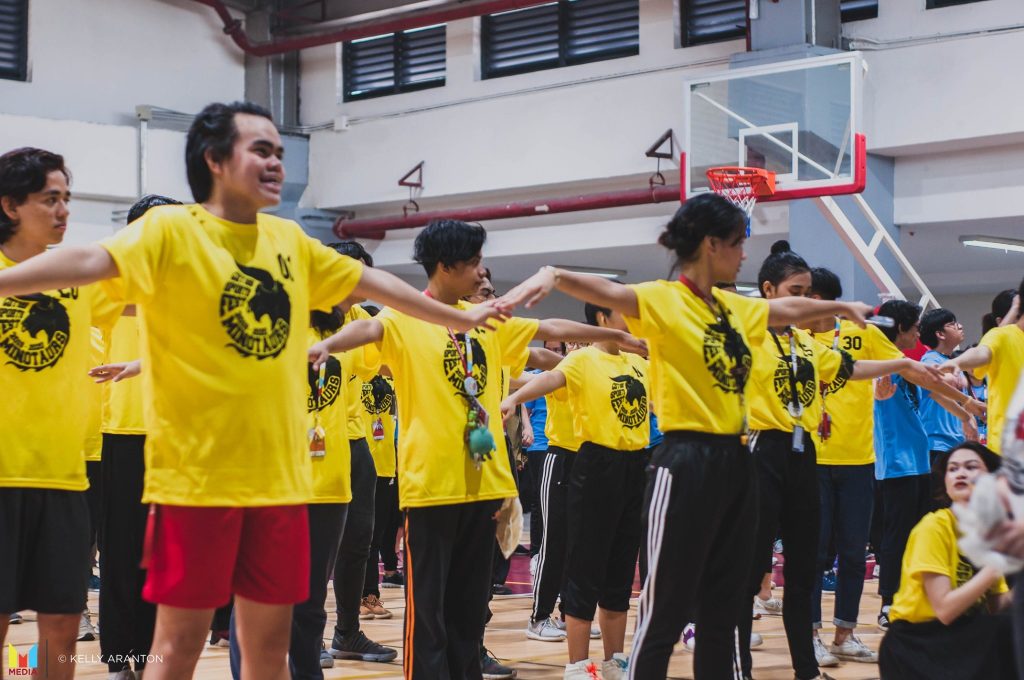 No better way to kick off the intramurals week than strutting the best dance moves in a Zumba work out. More than 350 students joined the fun which transformed the gymnasium into a massive dance floor. At the same time, it was a sight to behold as the teams geared up for their upcoming friendly battles on the court. 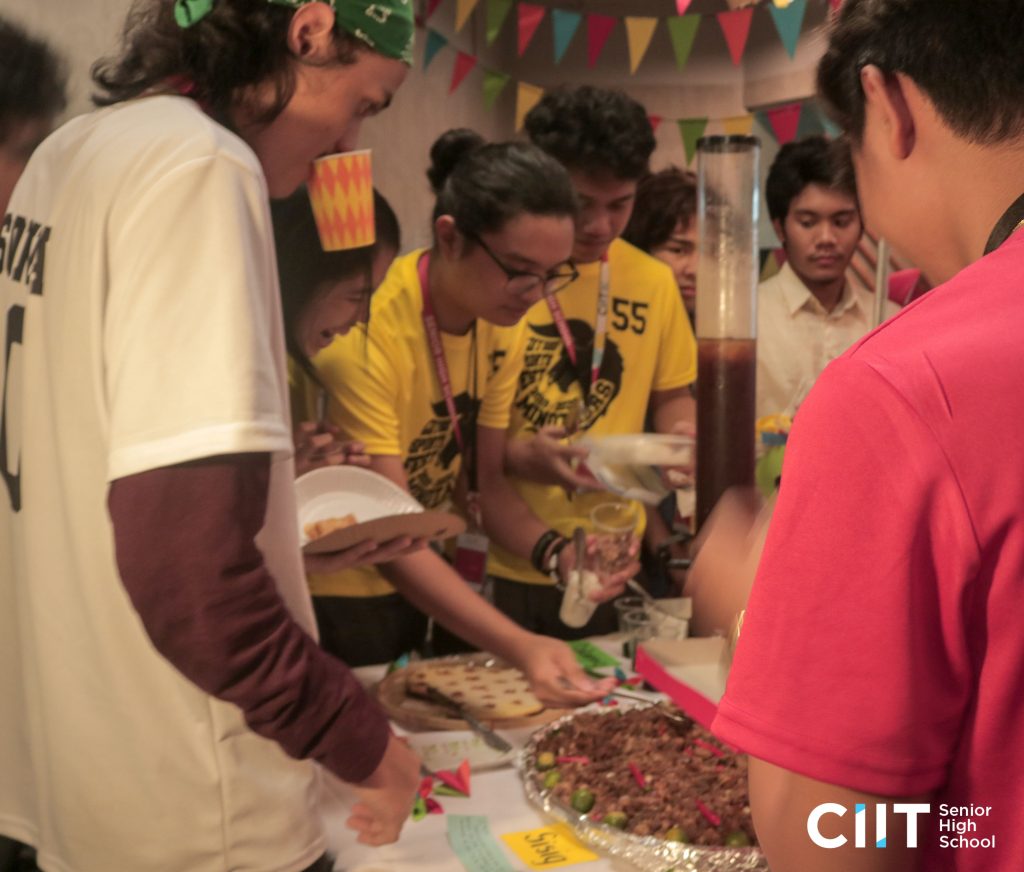 “Wow” is the most perfect expression at the sight of the CIIT Senior High School’s Hallways during their Pistang Bayan. From a bland space, the exceptionally talented students brought the guests to the different parts of the country by designing the spaces with festivities that each region is known for. Not only that, the SHS students brought local cuisines from across the archipelago that featured special delicacies such as Durian Shake to Pinoy’s all-time favorite Kakanin and Sisig. Who wouldn’t dub it as an “all-time favorite” if the kids themselves ran for the “bilao of sisig” the moment the panel left the table? It was indeed an amusing afternoon and a certified “cravings-satisfied” hour. 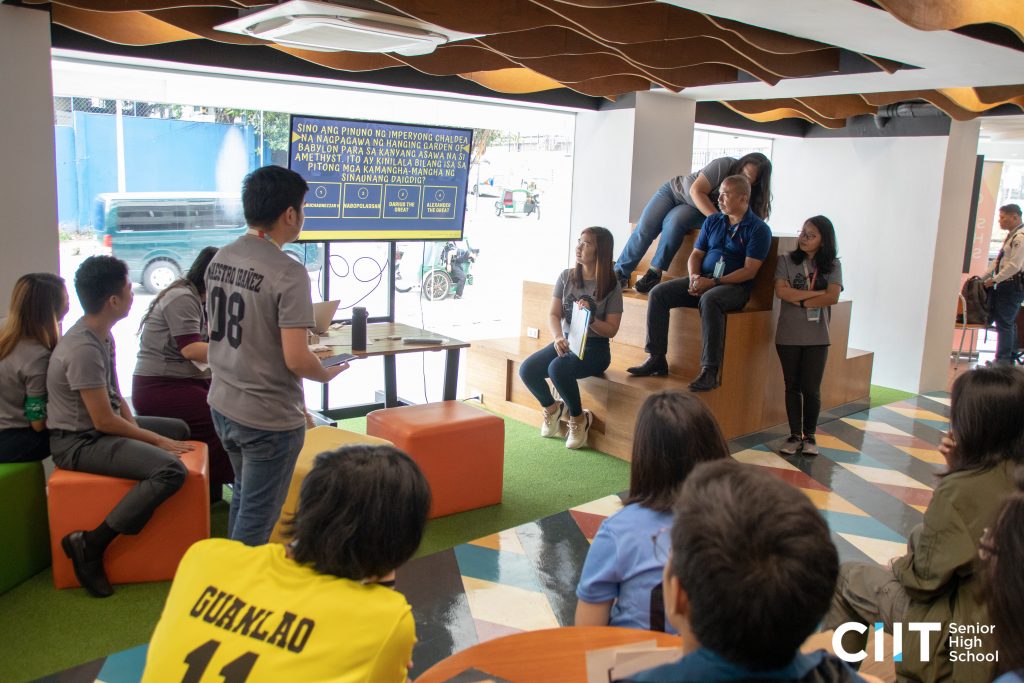 CIIT SHS’s Brain Games are not your typical quiz bee in school. We deviated from the traditional Quiz Bee program to a more exciting, fun and at the same time, challenging battle of intelligence and strategy. Prior to the event, the CIIT Students practiced and devotedly studied concepts in Filipino for the game Kakasa Ka Ba sa Filipino? , Science Jeopardy and Math for the SciMath Olympiad. 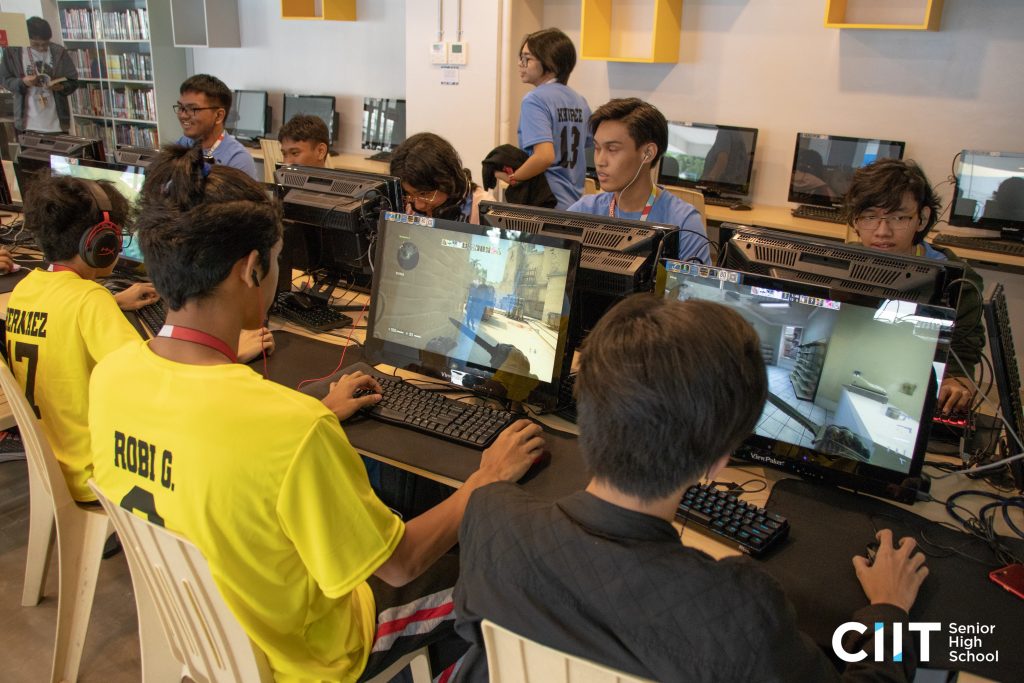 Who said games are only for leisure? This year, E-Games made it to the line-up of Agwikasan’s top-billed competitions. Today’s most favorite online games such as League of Legends, Counter-Strike, and Tekken 7 brought a thrilling gaming weeklong experience among the students who are enthusiasts of these games.

Of course, since the week consists of a variety of events, Agwikasan also showcased the nationalism of the CIIT Senior High School students by giving the crowd stunning cultural performances. The 7 sections of Grade 12 students wowed the crowd with their spectacular cultural dances of different regions. Despite having only a few weeks of rehearsals, these young and talented students managed to give the audience a variety of spectacular performances that truly showcased our cultural identity. 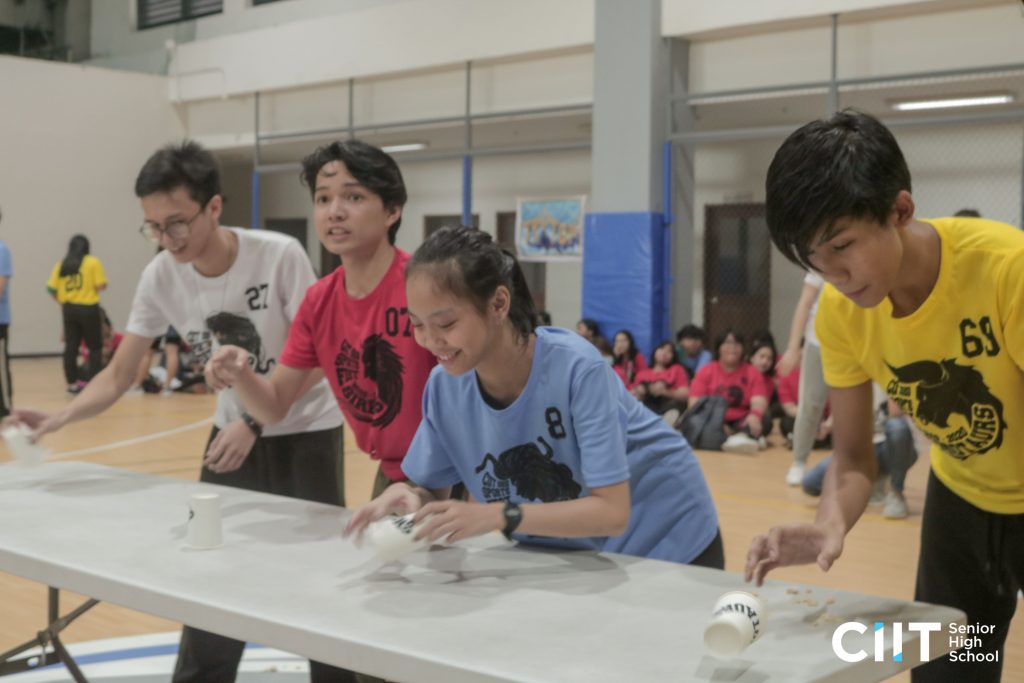 Besides the traditional ball games, the battle of the brains, cultural dance competition and E-Sports, CIIT SHS’s very own version of “Minute-To-Win-It” gave the opening day an exhilarating twist. Representatives from Gorgons, Sirens, Minotaurs, and Tritons competed in (Face the Cookie and Yank me) to win extra points for their respective teams. 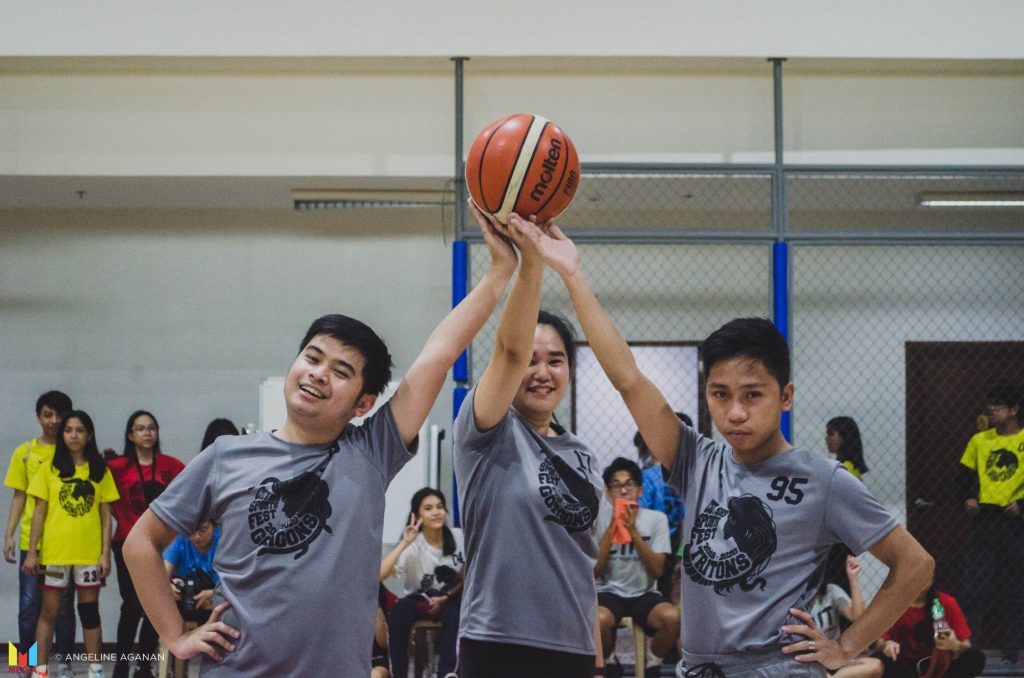 Who says intramurals are only for kids? Agwikasan also paved the way for our teachers to showcase their skills in Badminton, Basketball, and Volleyball. The games were filled with fun and laughter as the faculty members energetically showed their athletic prowess in the arena. 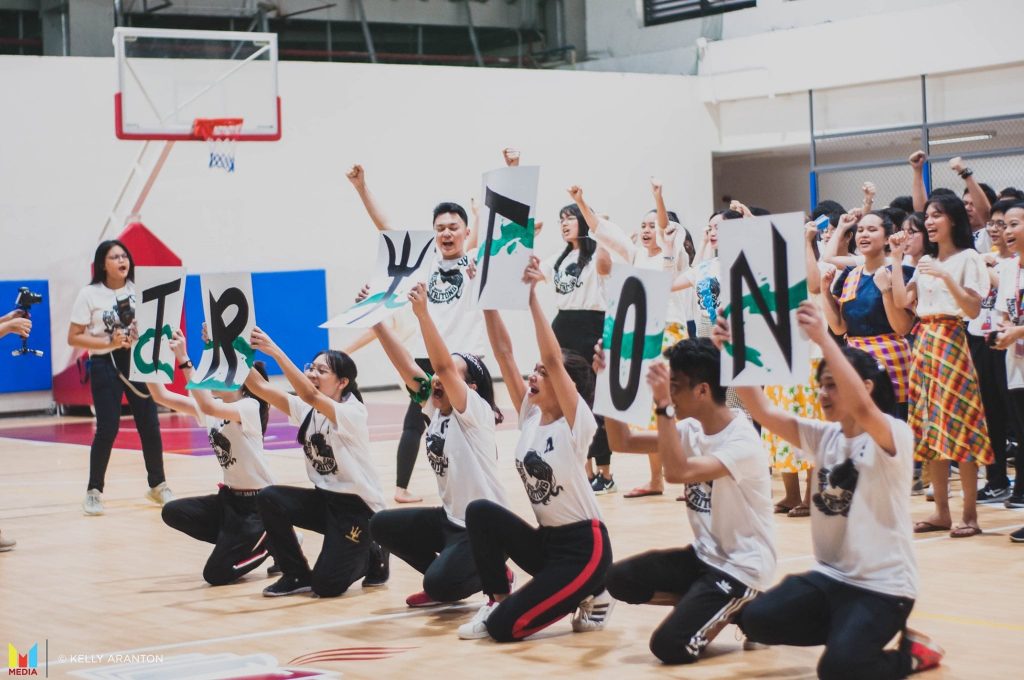 With more than a hundred members in the team, it wasn’t easy to gather everyone to rehearse a cheer. But the students managed to give the audience a cheering performance that brought tremendous energy to the court. In the end, House of Triton won the cheering event after channeling their team spirit and giving their loudest hoorah.

9. Costumes made of recycled materials 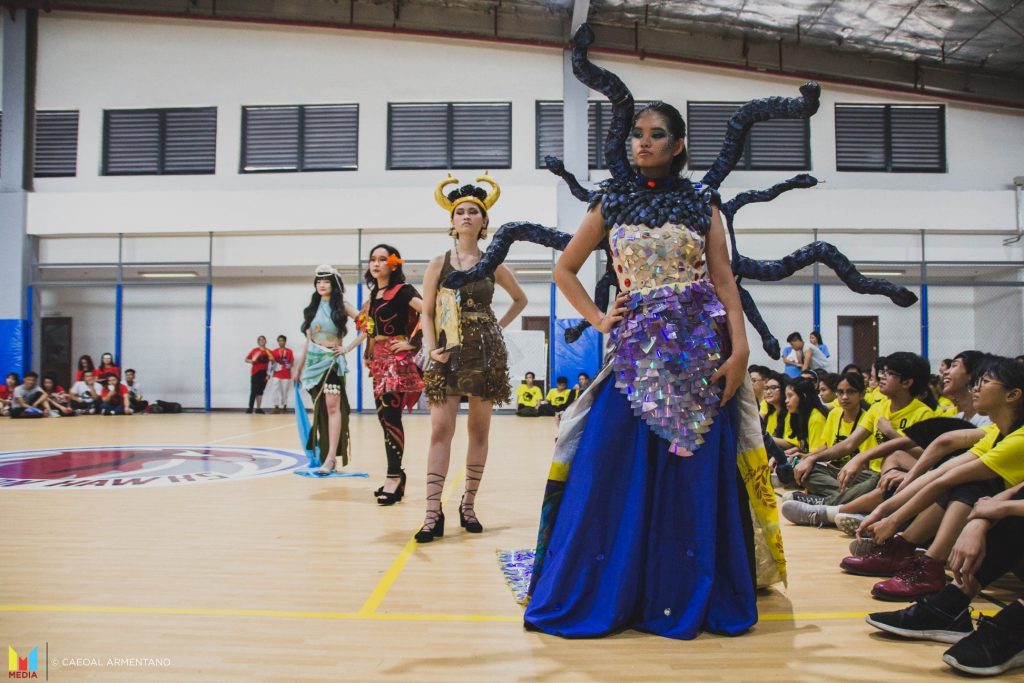 Instead of spending a dime in creating grand costumes for this year’s Mr. and Ms. Agwikasan, the titular pageant of the CIIT SHS’s Intramurals event, our young and highly creative students crafted the official costumes of their candidates using recycled materials. It was indeed a clear display of innovation as each team representative proudly flaunted in the court-turned-rampway their team members’ creations. One might be fooled into believing that normal garments were being paraded. However, upon closer inspection, the stunning costumes (See photo) of the contestants were actually made of old newspapers, used compact disks, plastic wrappers of drinking bottles and chips, shell collections and patchwork of used fabrics. 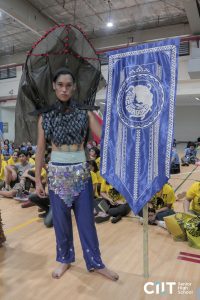 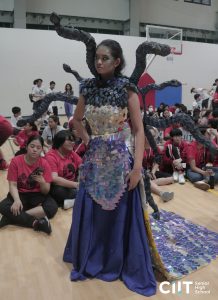 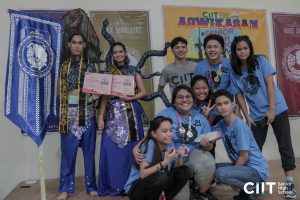 “Sulit ang walang tulog”, exclaimed one of the team members after hearing the names of their bets being declared as the winners of the Mr. and Ms. Agwikasan 2019. Despite the fierce competition, Axl Juatchon and Juliana Rose Agustin from Team Gorgons were hailed as the top 2 candidates whose costumes made the most impact among the panel of judges. The team behind the creation of the costume proudly joined their representatives in a photo opportunity after the declaration of winners. Following the Mr. and Ms. Gorgons are Maxime Reginald Velas and Madelyne Rome Salonga from Team Triton who were proclaimed as the 1st Runner-Up.

If you are an incoming Senior High School student who would like to experience an Intramurals week like this, then head over to CIIT! We offer programs in Animation, Arts and Design, and Computer Programming. Learn more about our Senior High School program by visiting our website  or call us at (02) 8441 0737 or 8441 1816.

PrevPrevious StoryWhat’s Up Kamuning: 3D Printers Have Now Arrived at CIIT!
Next StoryWhat Made CIIT’s Sportsfest Eccentric this Year?Next
Privacy Policy
CIIT Philippines is committed to maintaining strong and meaningful privacy protection for customers. This is designed to inform our customers of the information we collect and use and the options of our customers regarding these activities.
COLLECTION AND USE OF INFORMATION
Information you provide.