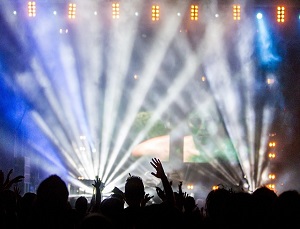 From the corners of the dim hall, the dazzling lights started to flicker and music came pouring out from the stage. Area 05 Super Club was the place to be where students had their wildest night ever as they danced to the music of CIIT’s annual acquaintance party. The Student Council’s new officers did a great job in bringing something new to the students: a party that was both vibrant and youthful as the students themselves.

CIIT Student Council’s goal is for everyone to be united, to get to know each other and to let the freshmen know that CIIT is their second home. The Student Council also took that opportunity to introduce the different organizations that showcased different talents, which made the party more alive and more impressive as everyone cheered for their friends on stage.  Nothing could make the students more hyper than cheering for their own professors on stage as they showed off their hidden and most valued talents. Truly it was a night of performances that had an endless surge of energy which made everyone start dancing on the stage and do their freestyle moves.

Even the professors and staff enjoyed the party themselves even though it was mainly for the students and showed that they could also be young, wild, and free.  The main program was full of special numbers that shocked everyone with talents that were never noticed before. The party lights and spotlights were too inviting that aspiring photographers whipped out their cameras and shot pictures, making sure that every moment was captured for memories that would eventually become legendary.

A great big cheer for the new student council officers for organizing this super fun party! Let’s cross our fingers as we wish them for continued success. CIIT Acquaintance Party 2013 was a blast, a party that was definitely out of the ordinary.