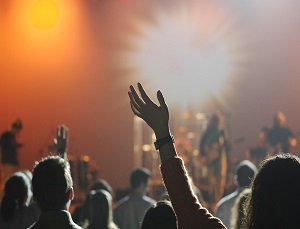 Last August 24, 2012, one of the most anticipated events of the school year took place: the annual CIIT Acquaintance Party. Held in 38.5 Degrees Celsius Club, the event gave the members of the student body and the faculty the special opportunity to bond and grows closer outside the walls of the school. Jam-packed, brimming with excitement and glee, the event began with Mr. Ancheta’s opening remarks, which assured everyone a grand time and a night they won’t soon forget. Soon after, the hosts for the evening, Rex Sueno and Alec Leido took to the stage, showcasing their dynamism, setting off the fun activities promised earlier.

The event’s first program saw the interesting and captivating presentations of the school’s student organizations. These were Pentoolista, Cosmo Journ, Cosmo Teatro, Groove City, Music Org, Cosmoplay, and CIIT Films. Each representative of the organization was given time on stage to showcase their organizations and give the audience a taste of the enrichment and experiences they could expect should they decide to each one. This was shortly followed by the introduction of this year’s hardworking and promising student council, who greeted and reminded everyone to have a time of merriment.

The performances of the night came up next, beginning with a dazzling and rocking performance by Sir Archie, who shredded on his guitar, eliciting a wave of applause and hooting from the audience. The dance trip called Groove City went up after. Led by CIIT’s Mark Phillip Mallari, they did not disappoint as they grooved and added to the crowd’s growing enjoyment. The fun continued as the band Psychokinetic Strategy began their set, ending with their wonderful cover of Evanescence’s “My Immortal. Next up on the band performances were Team Super Nova and Kung-Fu Banda who, with their OPM covers, elicited a feeling of nostalgia in the roaring audience. The performances ended with the band Sexy Time Machine, who put everyone a dancing stupor. Though the performances ended, though the hosts already said their thanks and gave the closing remarks, the party continued, the dancing went on, and the crowd grew wilder.

Designed to bridge the gaps and break down the formalities created by the rigor of the academic institution, the acquaintance party provided everyone to let loose and simply have fun, which is always good for the weary and hardworking soul. Fun, enjoyable and undoubtedly successful, we look forward to the CIIT Acquaintance Party next year where will be again welcoming new members to the school’s growing family.

Student Council for 2012 welcome all their fellow schoolmates to this year’s Acquaintance Party 2012!

First year MMA students gather together as a group as they will also participate in the live bands.

Faculty and staff enjoy some drinks and dinner

And as always, an abundance of student bands more than happy to perform as many songs as you’d like!

Kung-Fu Banda testing instruments as they were about to perform.

CIIT Dance Org. wearing the same Shirts as they named their group “Spades”

Francheska Mari Angeles, only girl in the photo sit beside the group of 2nd. Yr. IT Students in the 2nd Floor of 38.5c. Resto Bar.

MMA 2nd yr. students strike a pose before they start to eat their meal

All students gather together in the stage before the Acquaintance Party ends.