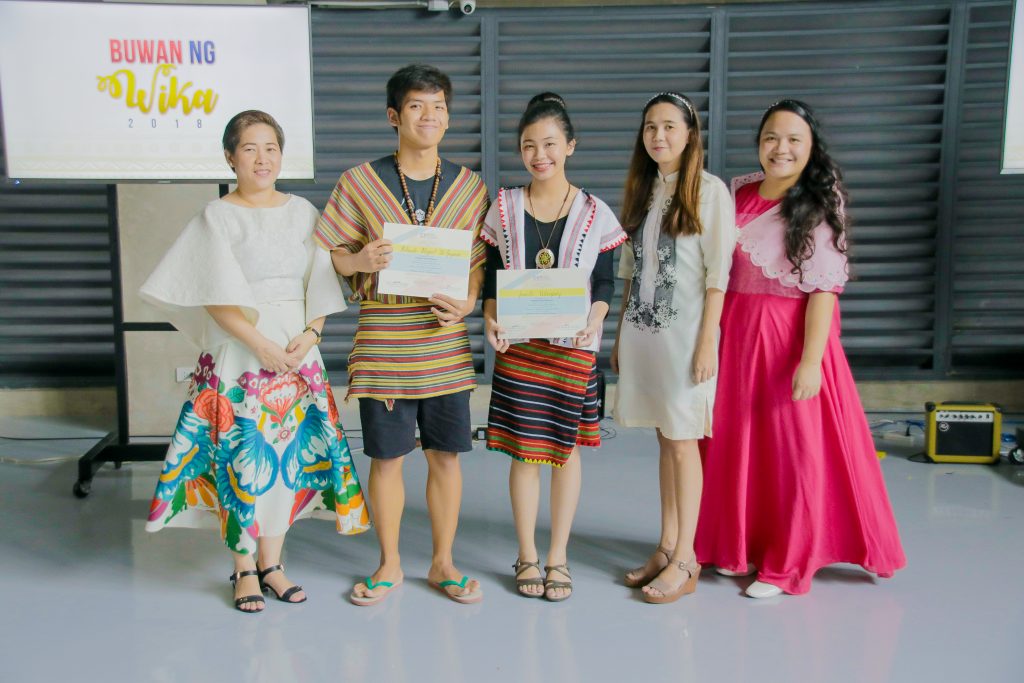 A celebration such as National Language Month or “Buwan ng Wikang Pambansa” shouldn’t be taken for granted. It is a commemoration of our history, culture and identity as Filipinos. With this, CIIT SHS raised the standards in celebrating this remarkable event. Here are 5 reasons why this leading arts and technology school’s “Buwan ng Wikang Pambansa” celebration is truly unforgettable:

Not a few, but everyone enthusiastically wore Barong Tagalog, Baro’t Saya, Filipiniana, and traditional dress of other ethnic tribes in the country. Some even produced their own props such as ‘sibat’ to make their costumes look more authentic. The students ardently complied to the dress code with some of them exceeding the expectations of everyone by making extra effort in their costumes. And because these students made a special effort, the faculty awarded the students who stood out in traditional Filipino costumes the most.

Wearing the Filipino costumes didn’t stop these young folks from feasting the well-loved Filipino food such as Puto, Kutsinta, Turon, Lumpiang Shanghai, Kakanin and the like. An ice cream cart was even made available inside the gymnasium to amuse the students with Filipino’s all-time favorite street ice cream. The students in traditional clothing and Filipino food served in a long table made the atmosphere truly festive. 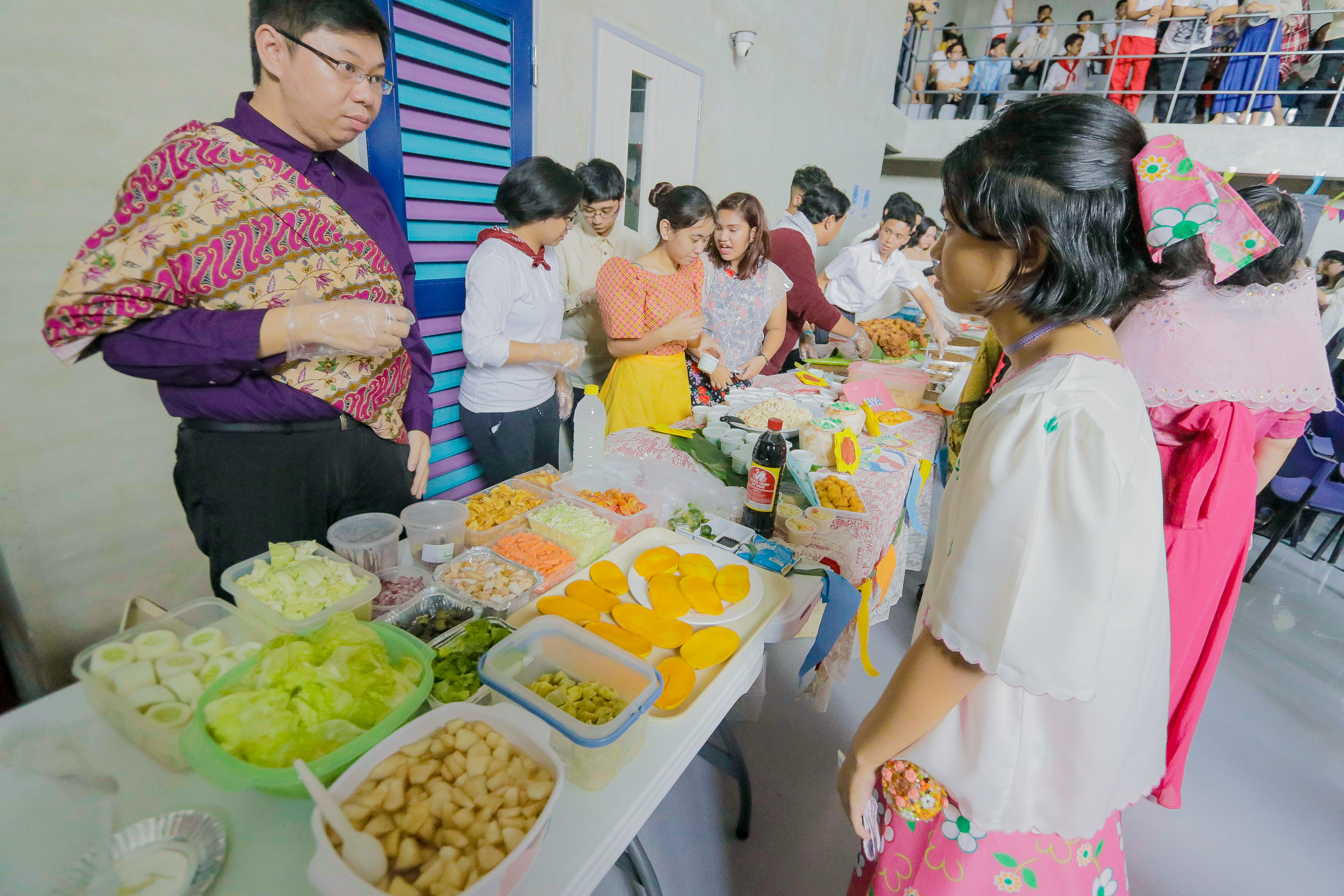 Similar to fiesta, a long table with well-loved Filipino delicacies were prepared for the students.

CIIT SHS showcased the artistry and skill of the students through a competition dubbed as LikhART. It was delightful to witness the young generation creating visual images that are culturally-inspired and relevant.  Below are the winners of the competitions:

Knowing that young Filipinos are highly talented, CIIT SHS opened the stage for students to show off their talent. The young folks performed OPM songs, cultural and modern dances, traditional and the infamous spoken poetry, and a mixture of all those. The crowd even sang along the well-loved OPMs, making a melodious chorale from the whole CIIT SHS student body.

The rich and diverse Filipino cultures were made evident by different ethnic groups living around the country. Since we are celebrating the Filipino language, CIIT SHS deemed it important to remember the ethnic tribes in our beloved country. Hence, the Lakan and Lakambini of each section represented a total of 12 ethnic groups in the country, namely, Bukidnon, T’boli, Yakan, Bagobo, Lumad, Subanon, Tagalog, Tagalog (Alta), Tumandok, Arumanen-Manobo, Igorot and Maranao.

The awe-inspiring part was the effort of these participants to go extra mile in preparing for the competition. Together with their respective classmates, competitors made a thorough research of the costume of the tribe they represent. Hand-in-hand, these students worked together to prepare their representatives on the day of the competition. One Lakambini contestant even had the tail of her dress painted by her classmates! Well, their efforts paid off for she was crowned as this year’s Lakambini. 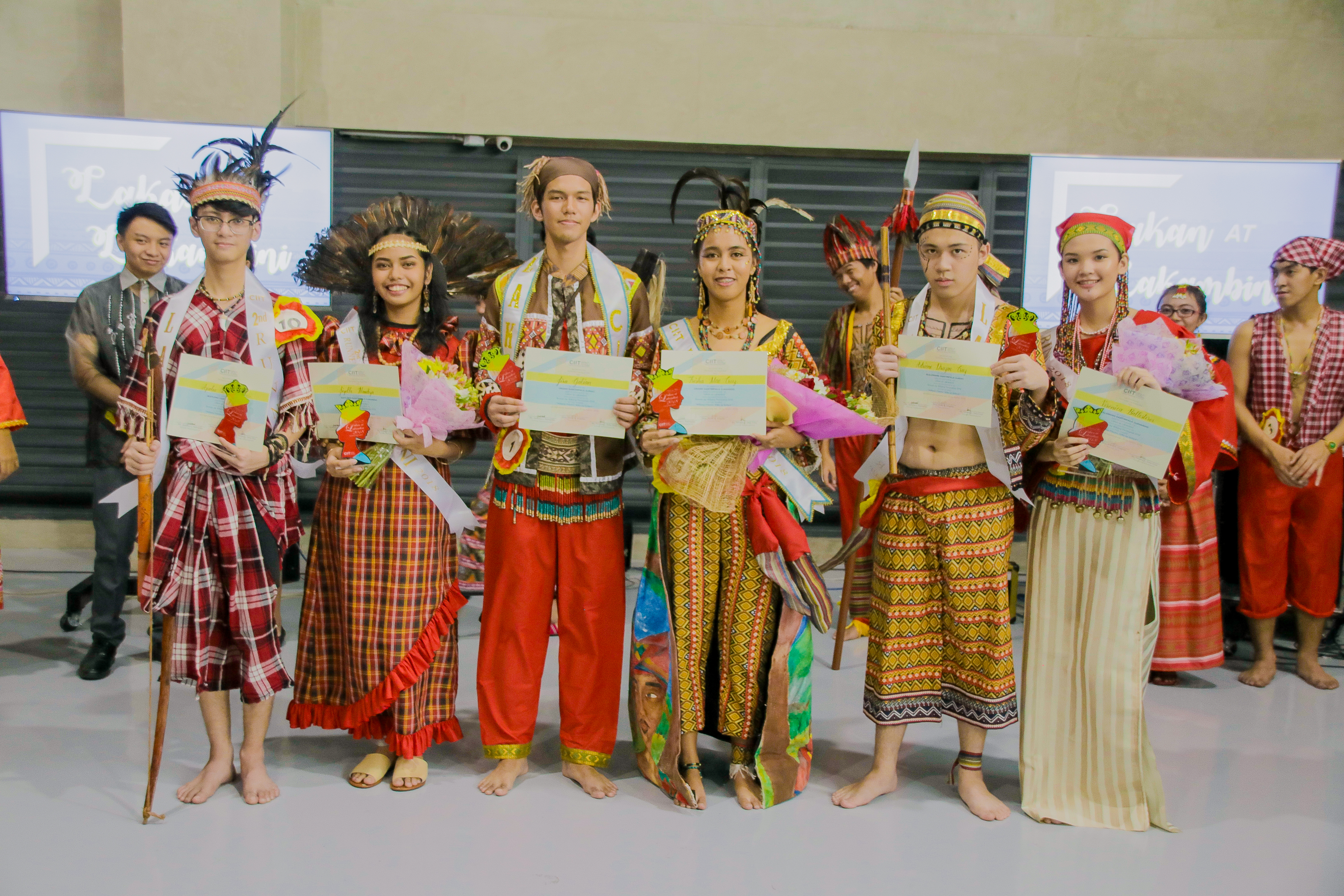 Winners of Lakan and Lakambini 2018

PrevPrevious StoryStudents of CIIT SHS Declared Winners of National Competitions
Next StoryFrom None to One: Atelier’s Journey in One YearNext