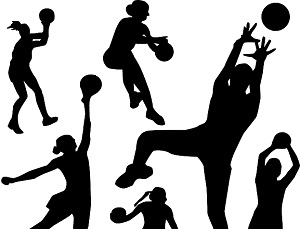 “Epic” is the word that would best describe what just happened in the recently held CIIT Sports Fest.  From March 12-16, students were free from school work to get fired up for different sports events like basketball, badminton, volleyball, billiards, chess, and other fun games in three venues: the court in Barangay Quirino, Anonas, Perfect Spot in Tomas Morato, and Power Up badminton court near ABS-CBN.  Teachers and staff were no exception as they joined in the fun to compete against the students, giving them a chance to bond with the students outside the four walls of the classroom.

So, where were the computer geeks and gamers?Surprisingly, they came out of their holes and cheered their classmates on as the teams fought for the championships.Some of them were even included as participants which surprised their more athletic schoolmates.Everyone played their part throughout the event and at the end of the week, they were all bonded as one school.It wasn’t the medals that made the week memorable, but it was the values they have learned as they played the games and supported their teams.A big shout out to all the winners who battled it out in the different sports events, particularly to the Multimedia Arts students who bagged the championship trophy.If you’re part of the CIIT team, no matter what, you’ll always be a winner!

Thank you to all the students who shared their photos during the event including Kim Antonio, Jeff Chang, Cathy Monterola and more!

Kuya B looks on as CIIT Students battle it out with the staff and faculty of the school. Of course, Faculty & Staff takes home the bacon on this one!

Tug-of-war with big man Rhyon “Heart” Marcelo anchoring Infrared as they battle with Multimedia Arts students. Unseen in this photo however is the biggest man “Juancho” who single-handedly pulled Bluetooth to victory.

Jonix Rosales rushes on court during the Basketball championship match against Team Bluetooth.

If you are wondering why their faces are grossed out, see image below.

Students refuel their energies during the break. While some prefer to drink, others definitely prefer to eat!

Team Bluetooth gears up and prepares to take on their rivals.

Infrared knocked out by Bluetooth!

Sir Rexis showing how serious the exhibition match between Faculty, Staff and Students really are.

Jerivic Antonio shows off his medals as contributing photographer, Kim Antonio flexes her muscles and makes her presence felt.

Team Bluetooth shows of their Championship Trophy together with Coach Eric.