We never take for granted a celebration that is close to our hearts, such as the National Arts Month which occurred last February. Being a Digital Arts school, a commemoration of something that we are so passionate about means going above and beyond to make it more meaningful and remarkable. With the theme, “Polaris: Sining sa Iisang Layunin”, our school rolled out a week-long celebration filled with workshops, seminars, and exhibits from February 26 to March 1, 2019, at the Interweave Building for the very first time.

“Polaris” is the star that guides seafarers during their journey at the sea. For the whole week, the students became the seafarers and the activities were their “Polaris”. Given the theme, the activities during the arts week composed of a seminar by one of the successful freelancers in the country, Raketchick, who talked about Indiepreneurship; Portraiture and Still Life workshops conducted by our very own traditional organization, Atelier; a talk about Videography by CIIT alumna, Sam Morales; and finally, a discussion on demystifying short films by one of the producers of Kuya Wes, David Corpuz. Along with the keynote speakers as their guide, they prepared for their future as the next generation of young creatives.

1. Launch of the CIIT Online Gallery 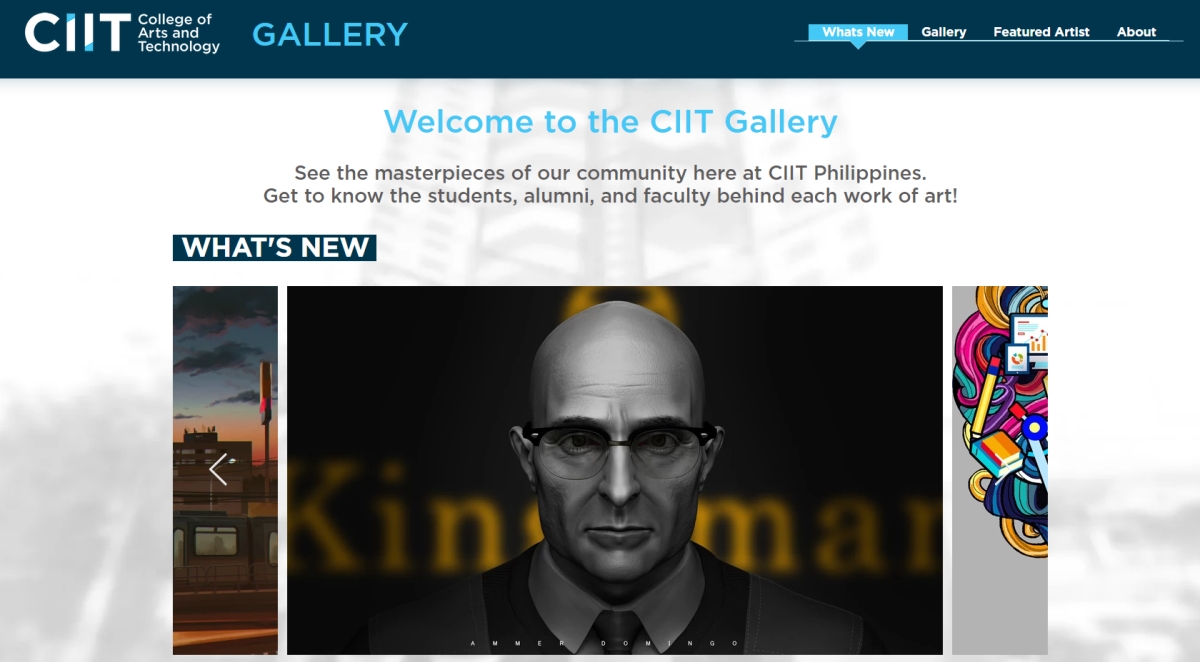 The Arts Week celebration kicked off with the launch of our Online Gallery—the newest exhibition space of CIIT Philippines. The idea of creating such a platform was conceived to showcase the artistry and creativity of the CIIT students, faculty, staff, and alumni. Such an initiative is also considered as another milestone of our school, as we transform a traditional exhibit into one where guests can visit anytime without the need to go to an actual art gallery. 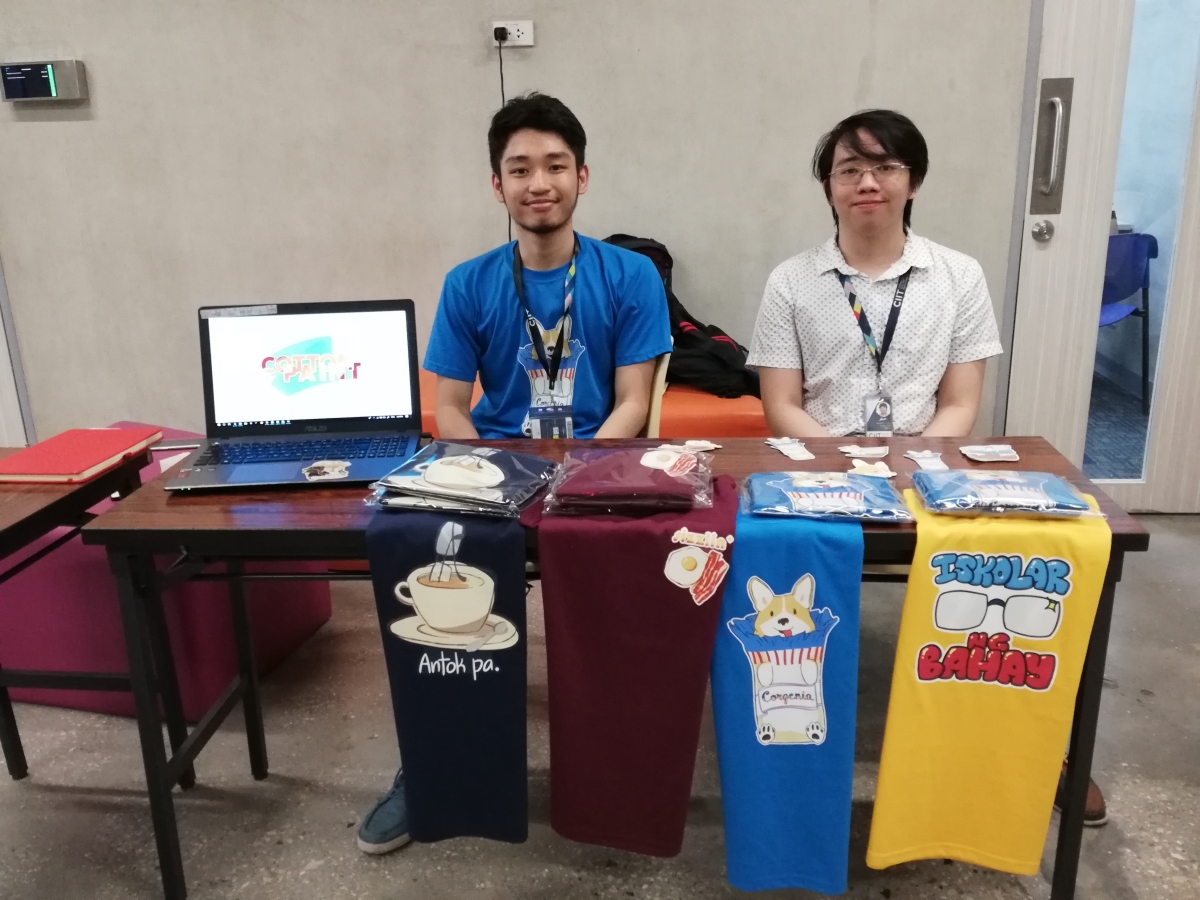 The much-awaited Art Market, so-called as “Silk Road”, marked the official opening of the Arts Week of CIIT Philippines. Different groups of students and selected faculty members each showcased their best artworks on table booths located on every floor of the building. Each group offered a wide selection of merchandises such as stickers, postcards, fanarts, shirts, and the like. 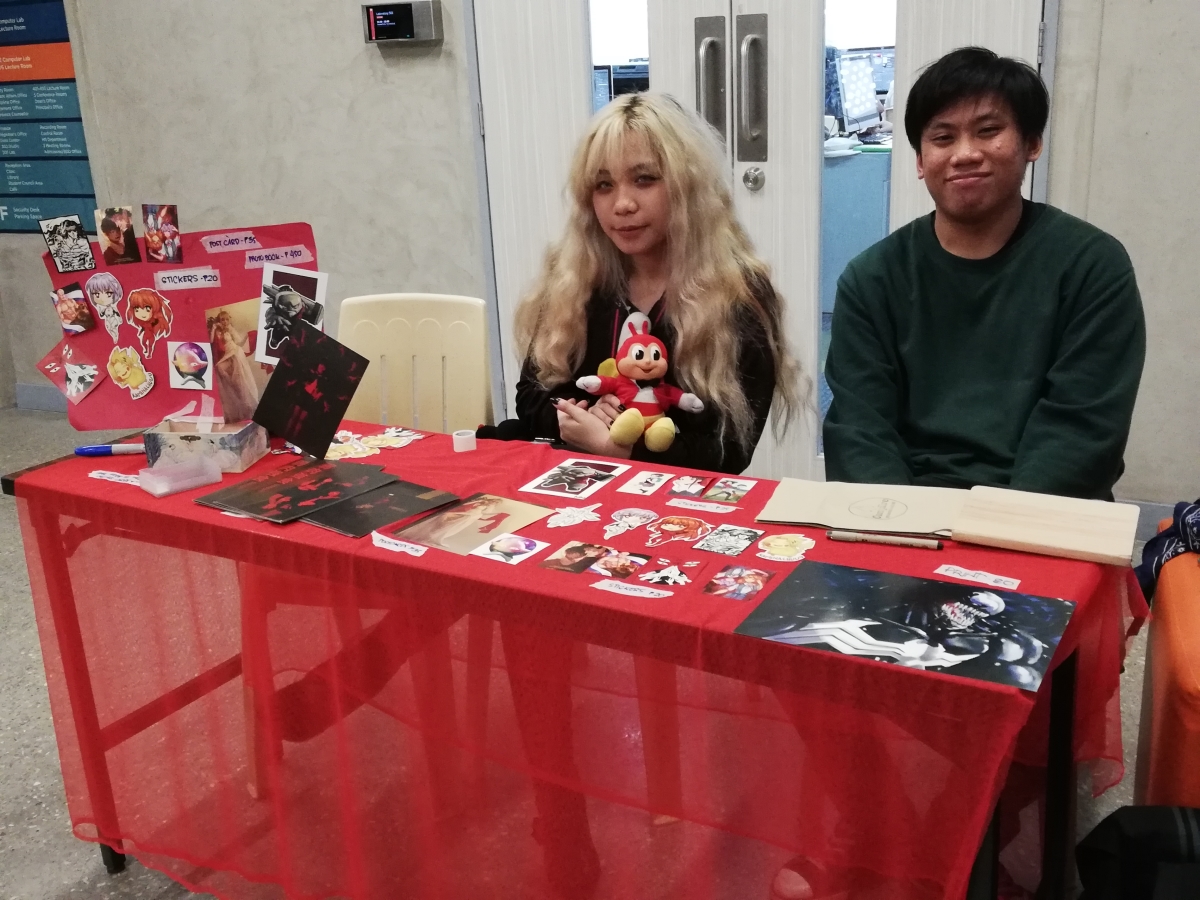 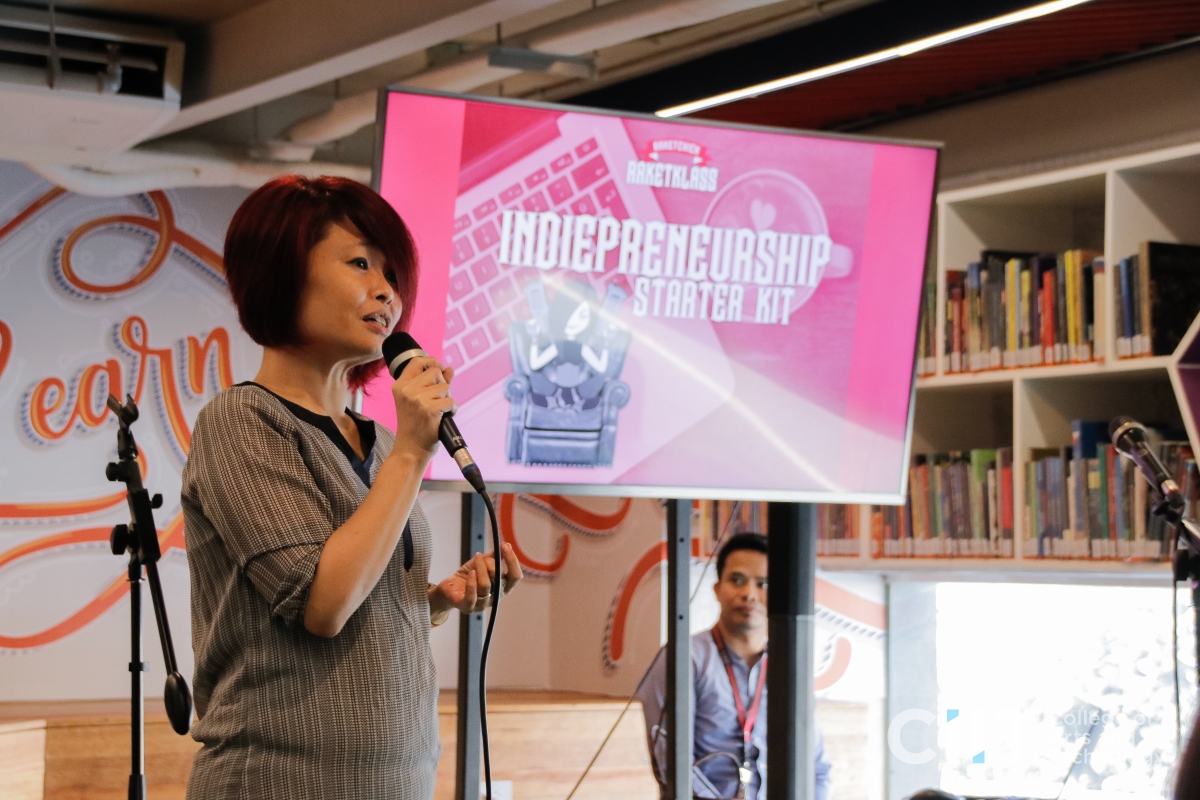 The second day of the festive celebration was graced by one of the most successful freelance designers in the industry, Karen Fernandez, more commonly known as Raket Chick. She shared her knowledge and lessons from her experience as an “indiepreneur”, a term for freelancers who run the business all by themselves. During the two and a half hours seminar, Raket Chick spent the time imparting the art of freelancing and teaching tricks and techniques needed in the field, especially for beginners. The students also had a great time doing the “Raket Chick challenge” where they got the chance to practice straight away the tips and techniques they learned during the session. 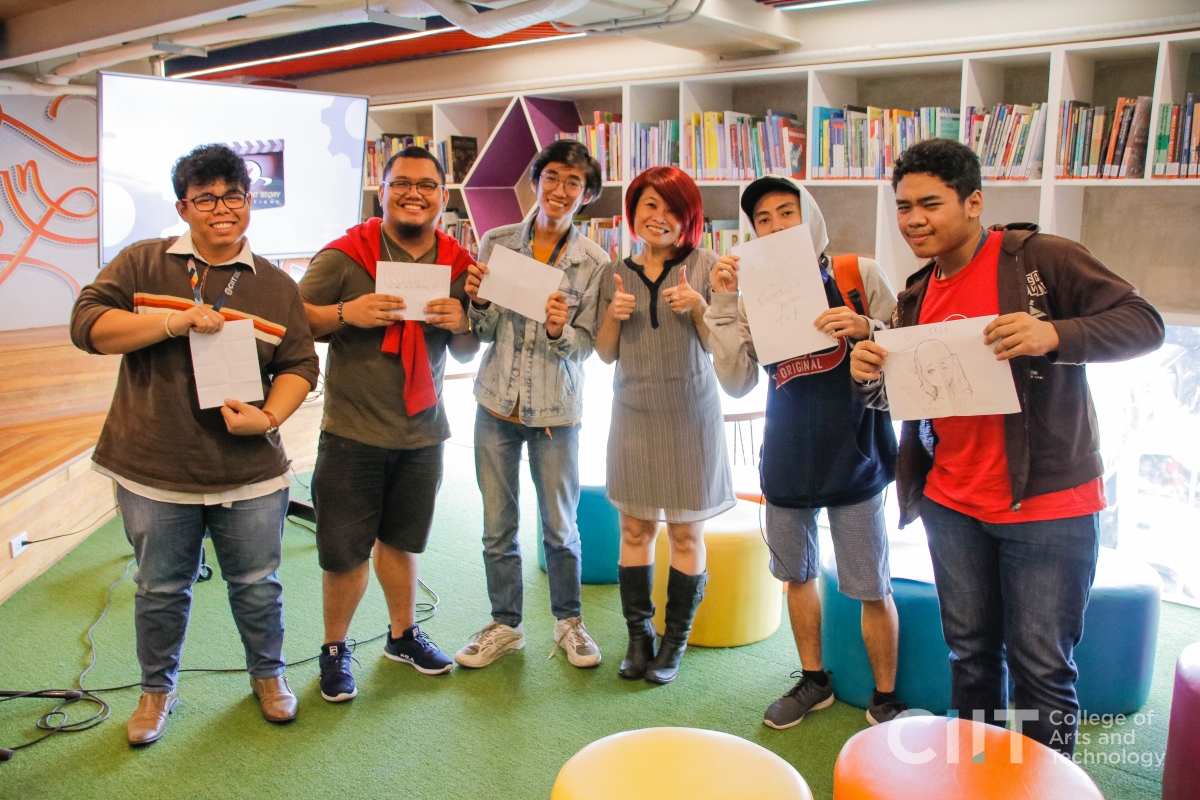 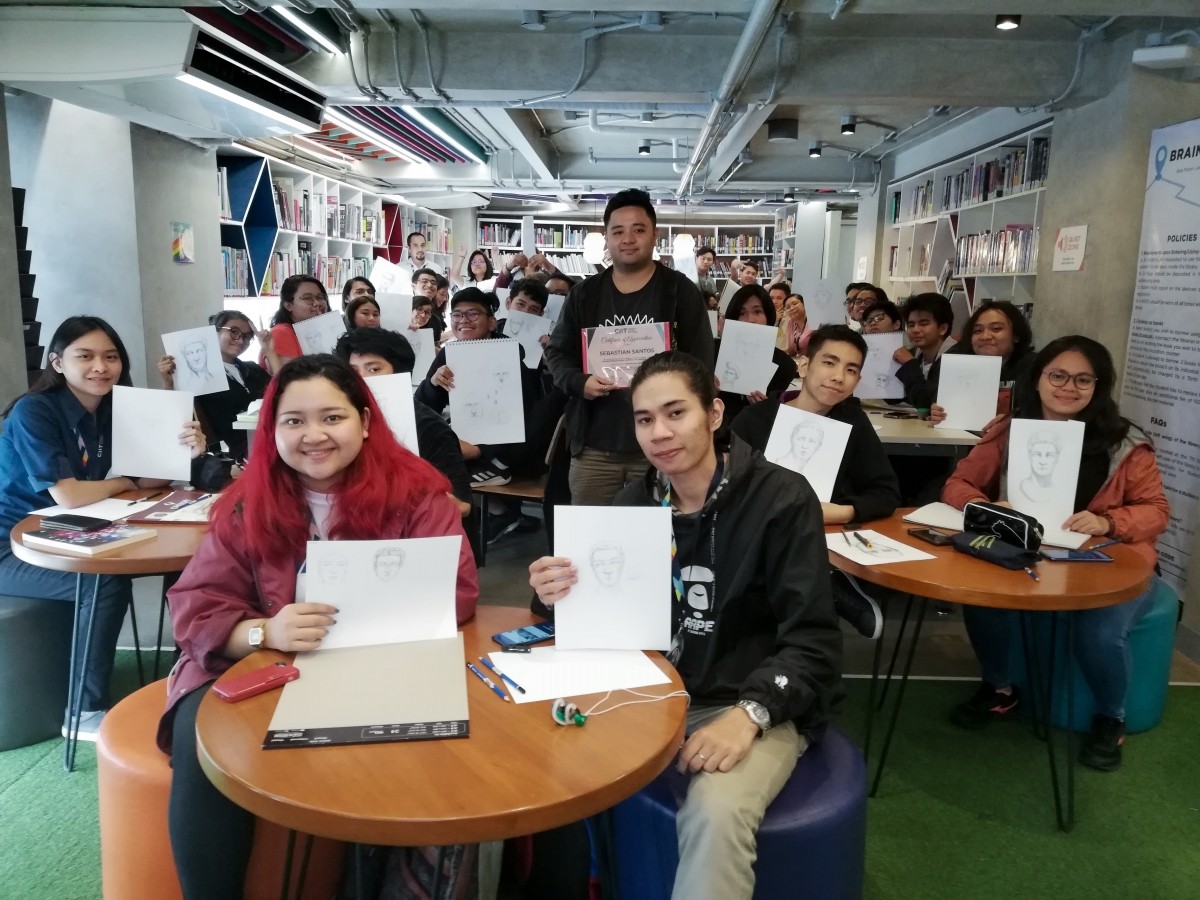 Atelier, our traditional organization, brought their expertise and knowledge on the table through back-to-back traditional art workshops on the third day of the celebration. The first workshop, Portraiture, was conducted by Sebastian Santos, a third-year CIIT student taking Bachelor of Arts in Fine Arts. Around 30 CIITzens showed up at the Library Area eager to learn new techniques in creating portraitures. By the end of the workshop, they accomplished creating their own versions of a Classical Roman Bust. 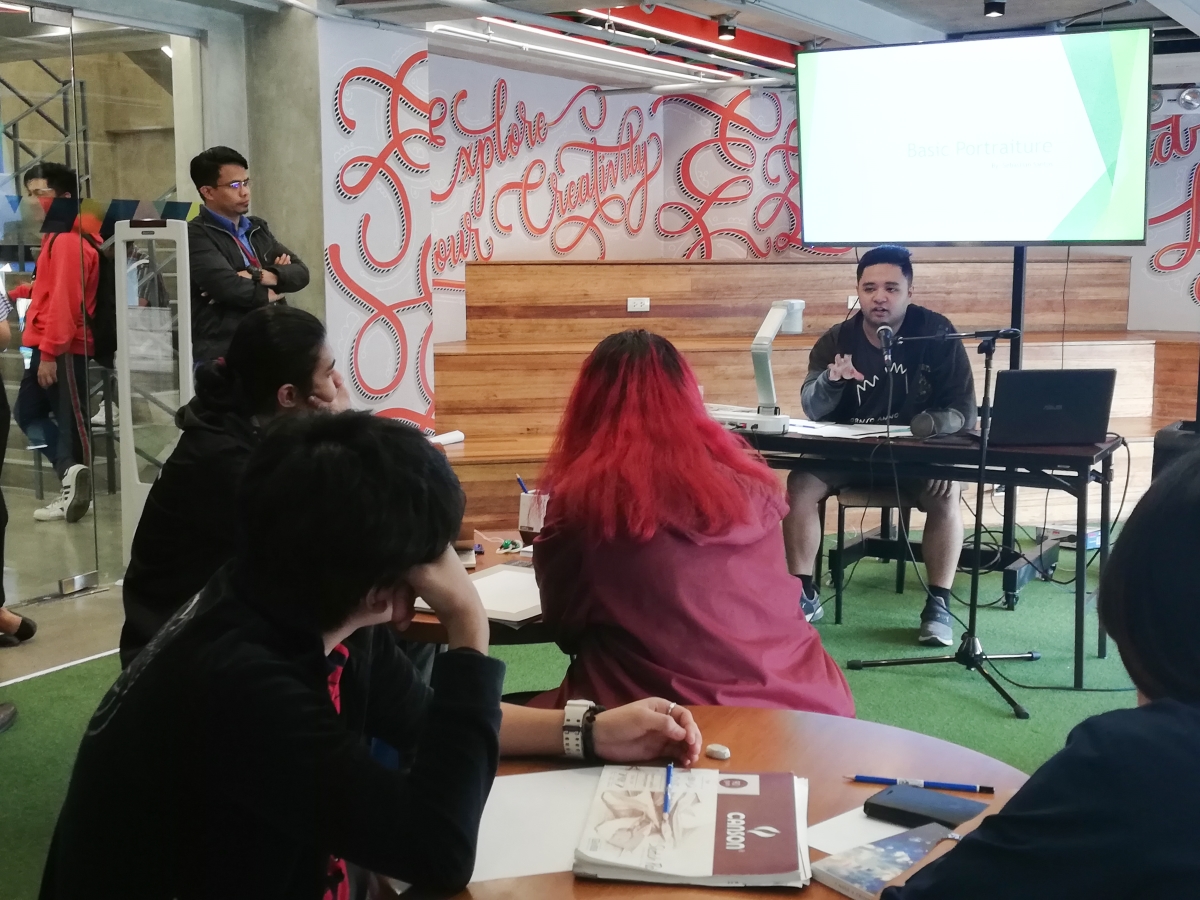 After the workshop, Sebastian revealed to us that it was his first time to teach in a large group. “It was nerve-racking but the experience was satisfying,” Sebastian said. According to him, his fascination with Portraiture began when he mustered up the courage to ask a CIIT Instructor to teach him the said form of art. That encounter became a way for him to practice Portraiture and eventually, be chosen as one of the speakers in this workshop. 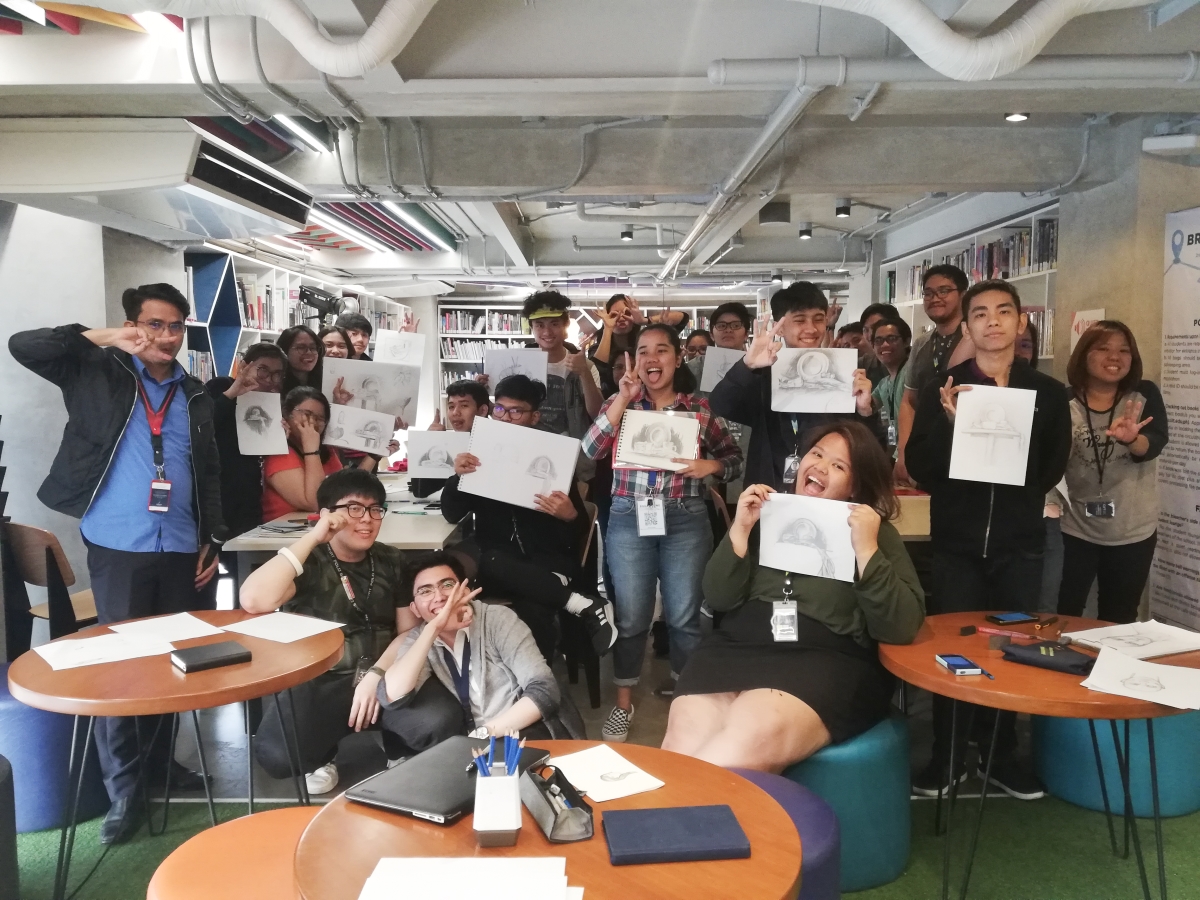 Right after Portraiture, the youngest member of Atelier, Portia Josetti Banila, took over the stage and facilitated a Still-Life Workshop. With two staged subjects in front and in the middle of the room, Portia gave her insights and style techniques while demonstrating the basics of creating a still-life artwork. The participants, on the other hand, were eagerly working on their own versions of the artwork. 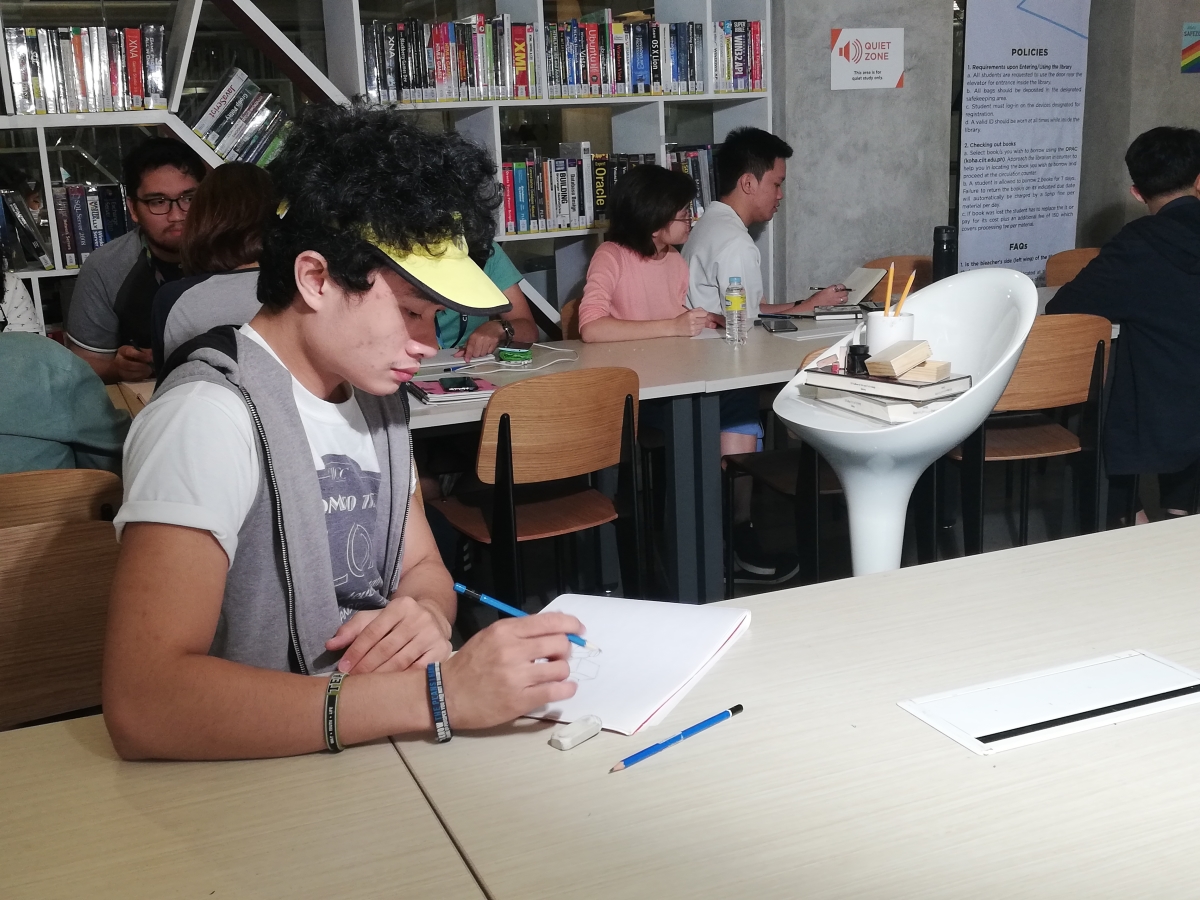 Portia Josetti Banila is currently a 4th-year CIIT student majoring in Digital Painting and Sculpture. Ever since she took up her Still Life Painting class, she discovered her affinity in painting subjects her eyes can see. “Painting realistic objects satisfy my eyes. Whenever I see that my painting looks a lot like my subject, that’s when I know I did great.”

6. Videography by the alumni 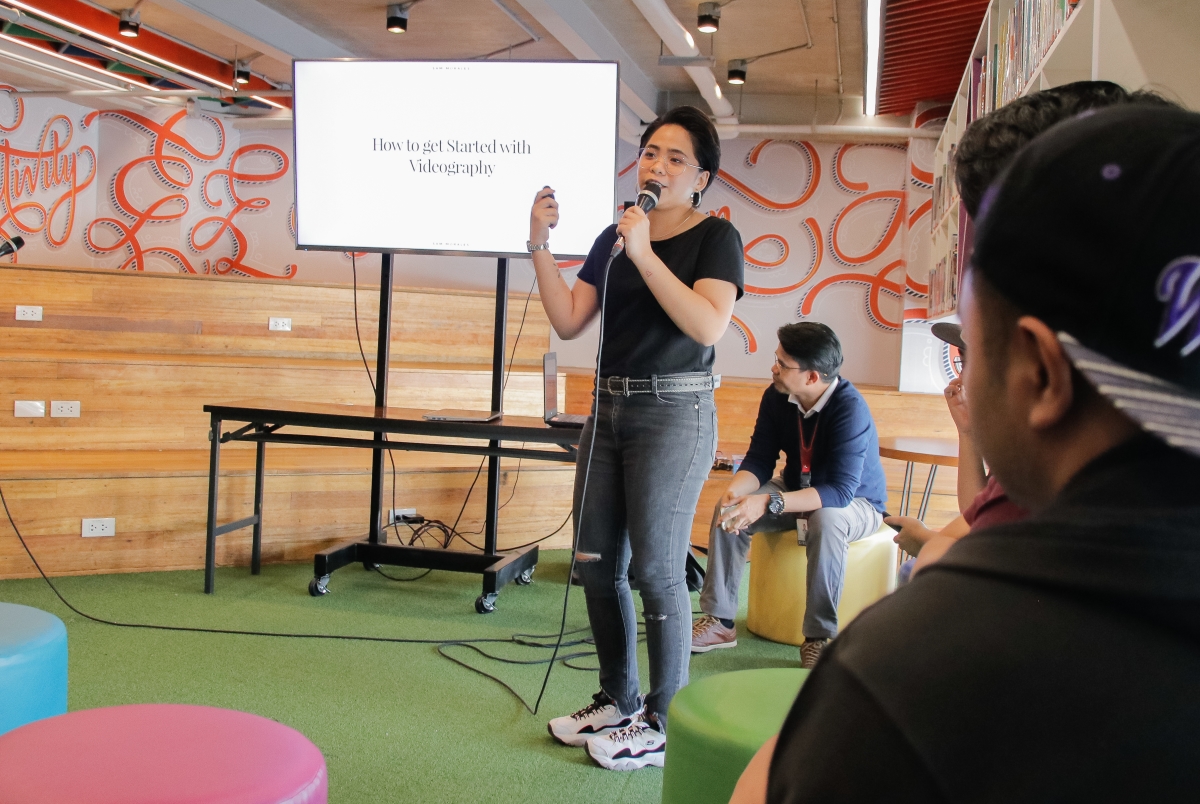 On the fourth day of Arts Week , one of our well-esteemed alumni came back to school for a day to share her experiences to her fellow CIITzens, the one and only, Samantha Morales. Sam is now a renowned fashion filmmaker of different brands and celebrity photographer. After graduating and receiving a Diploma in Multimedia Application in 2015, she first ventured into photography. Later, she realized her affinity for producing films, more particularly, fashion films.

Since she started her career in the film industry, Sam had been quite busy producing projects here and there. Finally, during the Arts Week celebration, her schedule allowed her to grace the CIITzens with an amazing talk about finding one’s passion and pursuing their dream. Her talk became a source of encouragement to many students from all different year levels and programs. 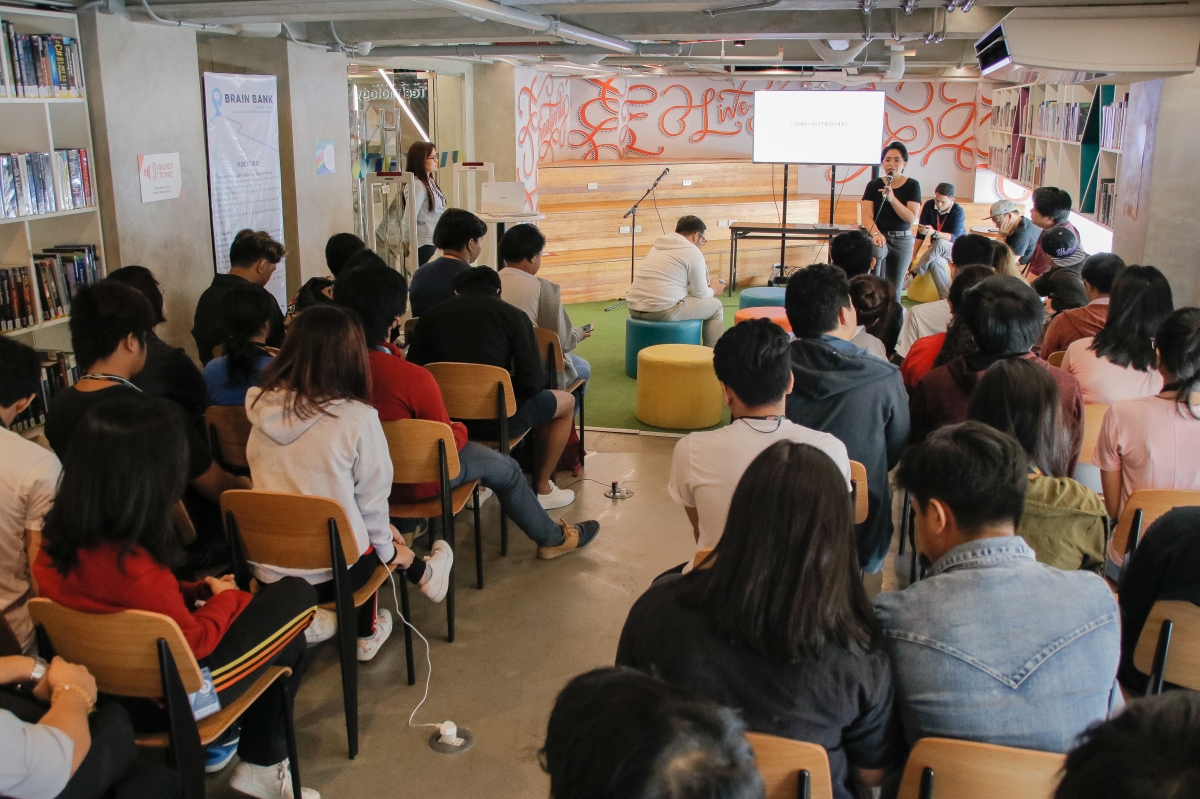 The final speaker of Arts Week was definitely not the least. He was, in fact, a recipient of a Special Jury Prize from Cinemalaya Independent Film Festival for his work “The Ordinary Things We Do” in 2014. In 2016, he directed the independent film “Kusina”, then in 2018, he produced the film “Kuya Wes” starring Ogie Alcasid. The man behind these award-winning films is none other than, David Corpuz. He led the students into a discussion entitled, “Demystifying Short Films”. 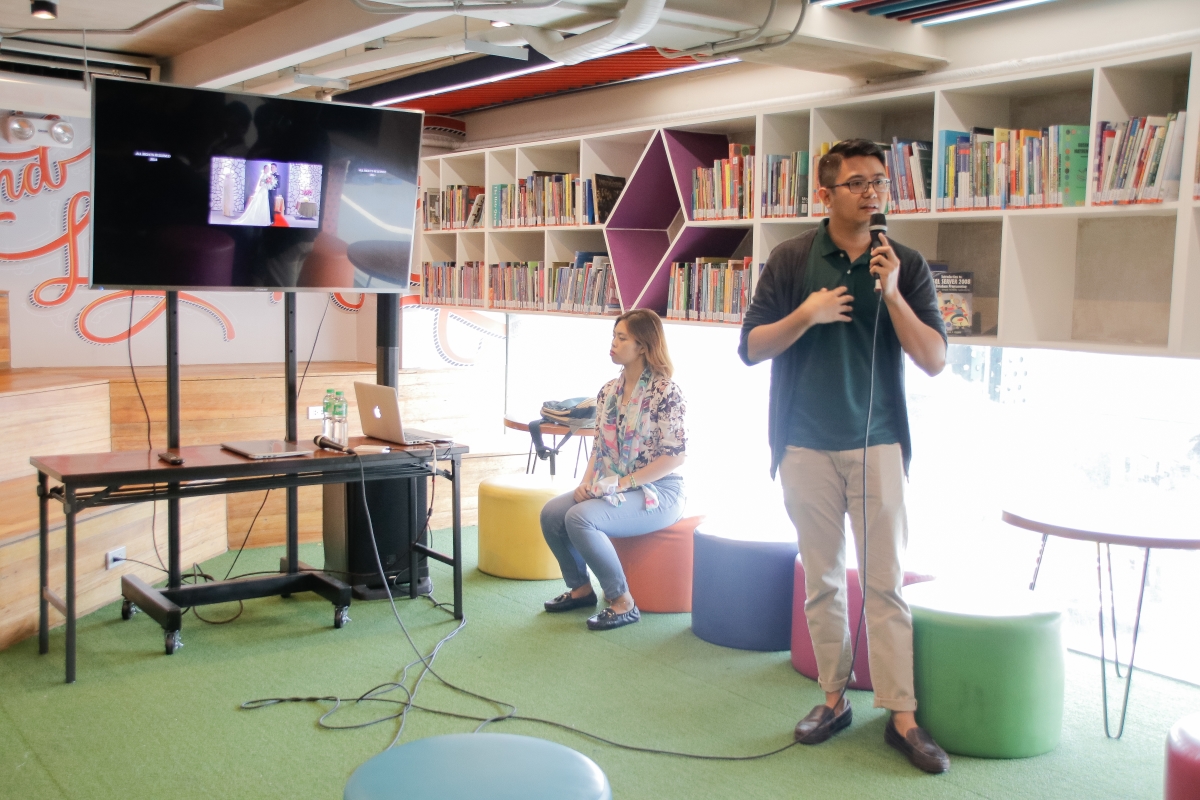 Mr. Corpuz did the workshop by literally “demystifying” or scrutinizing selected award-winning short films, then providing the students with the techniques practiced during the three phases of production of each film. More than 40 CIITzens participated in the workshop and learned some industry-standard processes in creating short films. At the end of the discussion, Mr. Corpuz showed his outstanding short film, “The Ordinary Things We Do” leaving the audience in awe and in want for more.

The week was made even more remarkable by the students who represented CIIT at the following national level competitions: The 4th Quezon City Animation and Information Technology Fair and the 33rd DPS-PLDT Visual Arts competition. 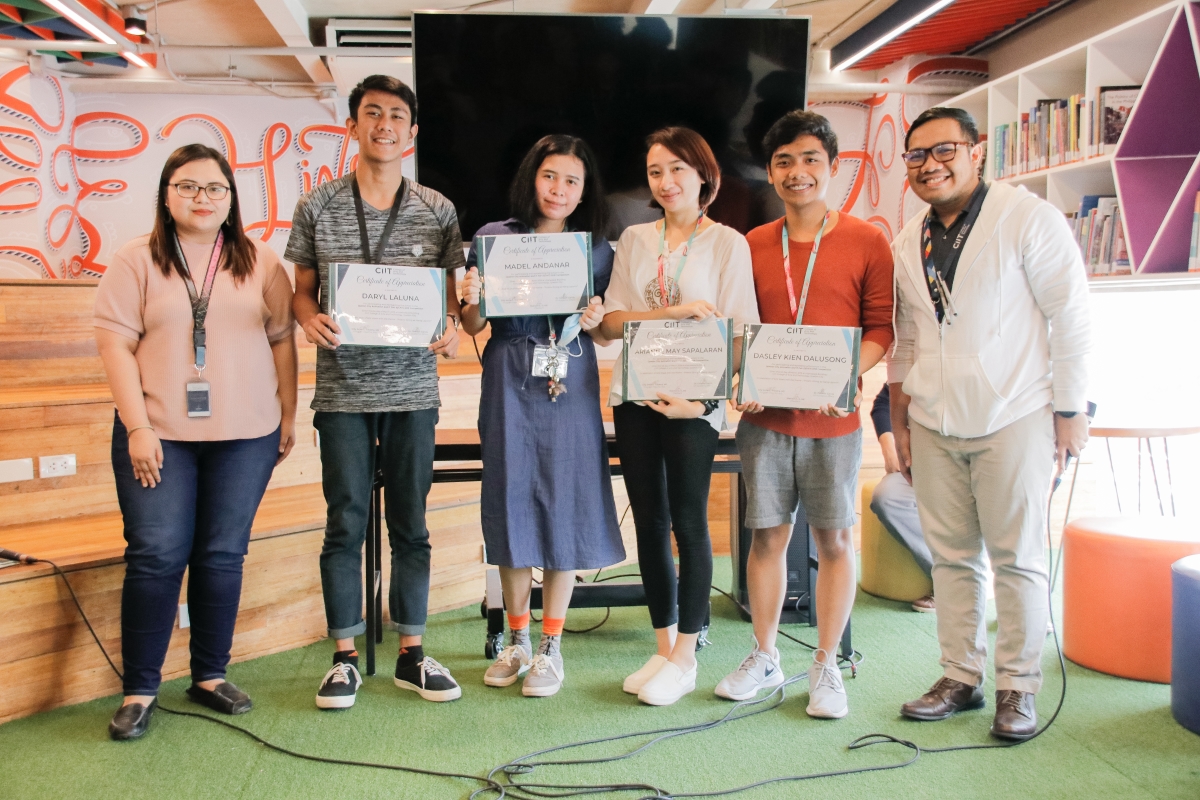 The week of CIIT Arts Celebration also happened to be the final submission to the 33rd DPS-PLDT Visual Arts Competition. Five CIIT students took up the challenge and created traditional paintings related to this year’s theme, “Creating Legacy, Creating the Future”. 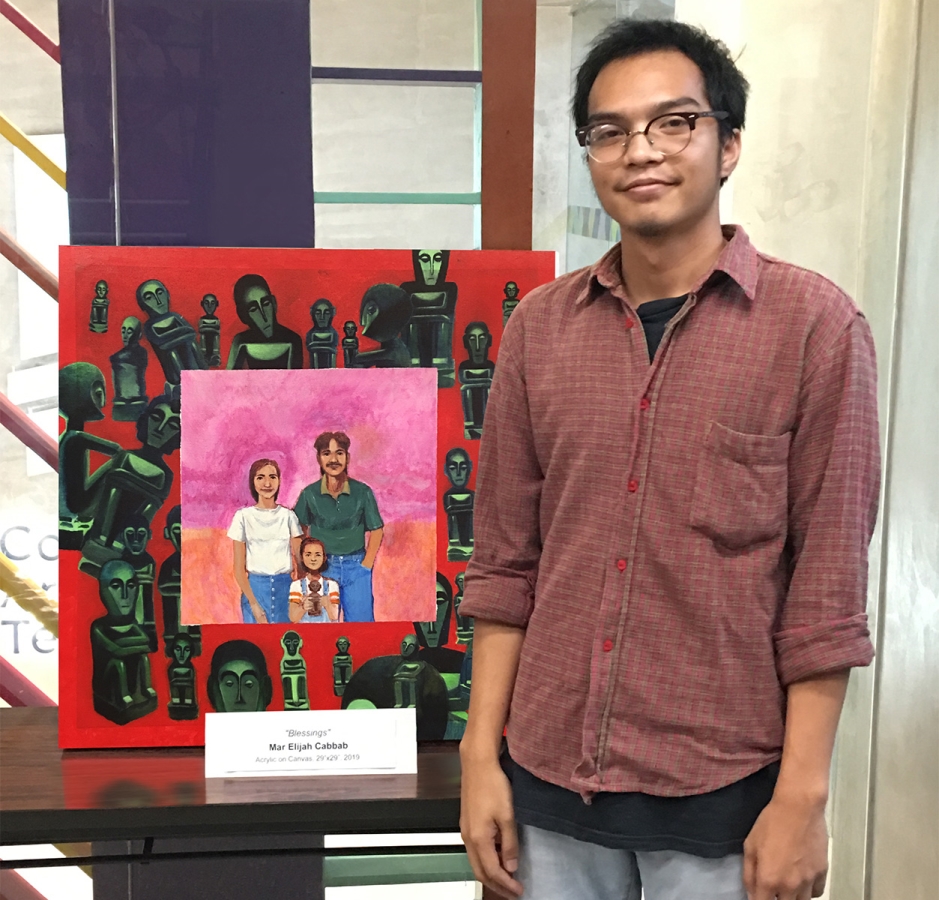 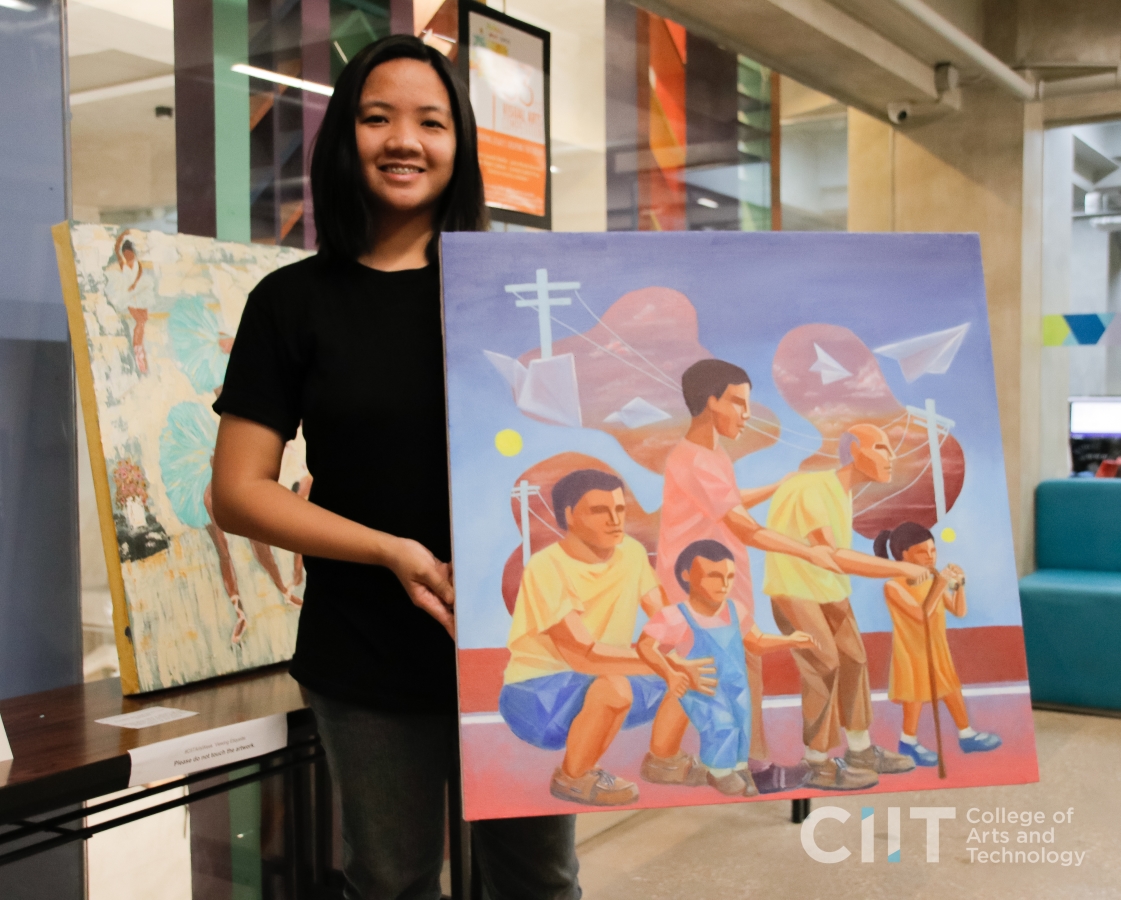 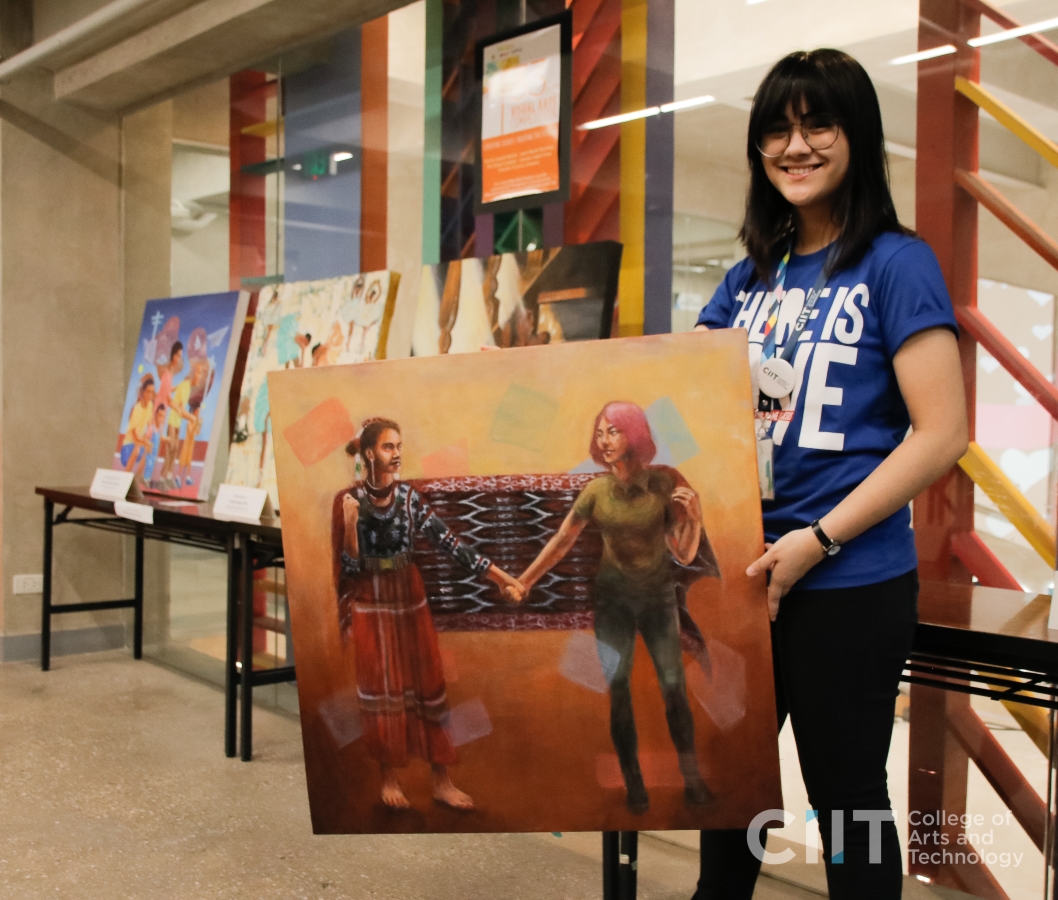 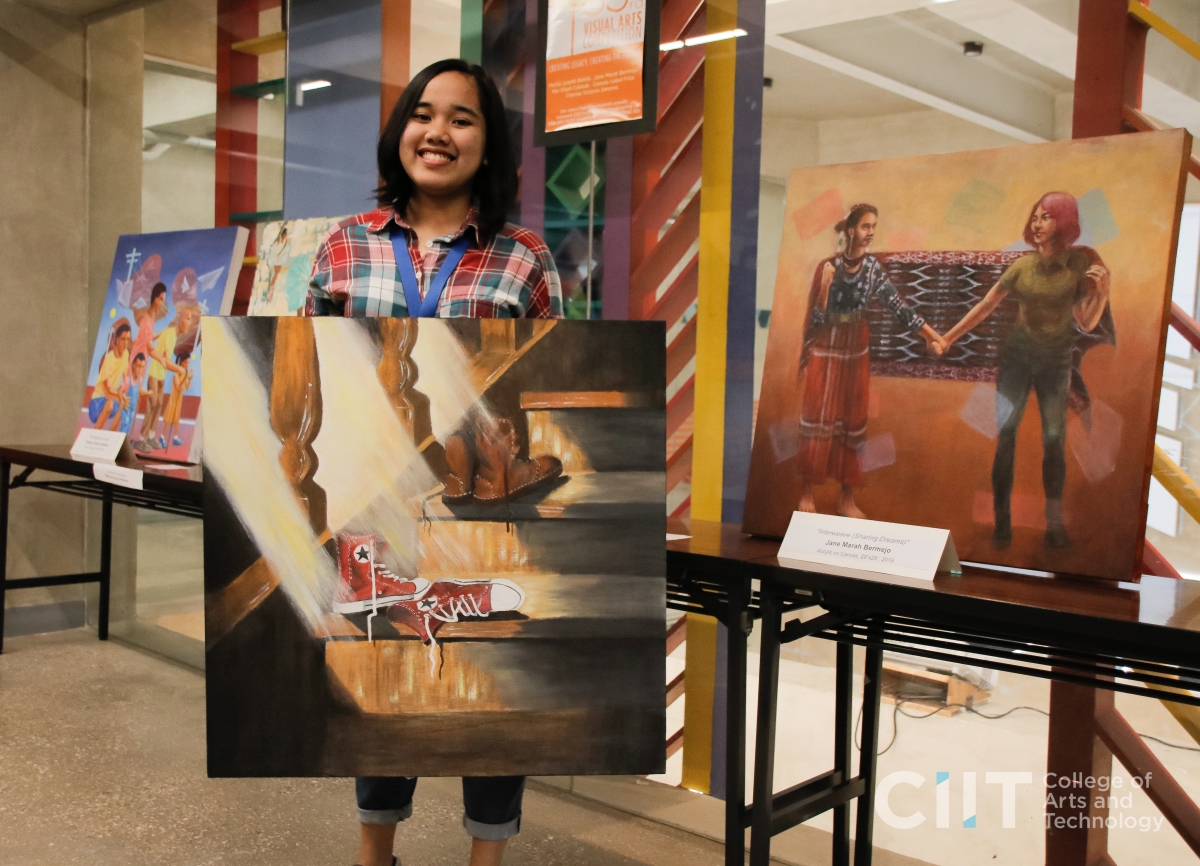 “Hand Me Down” by Portia Josetti Banila 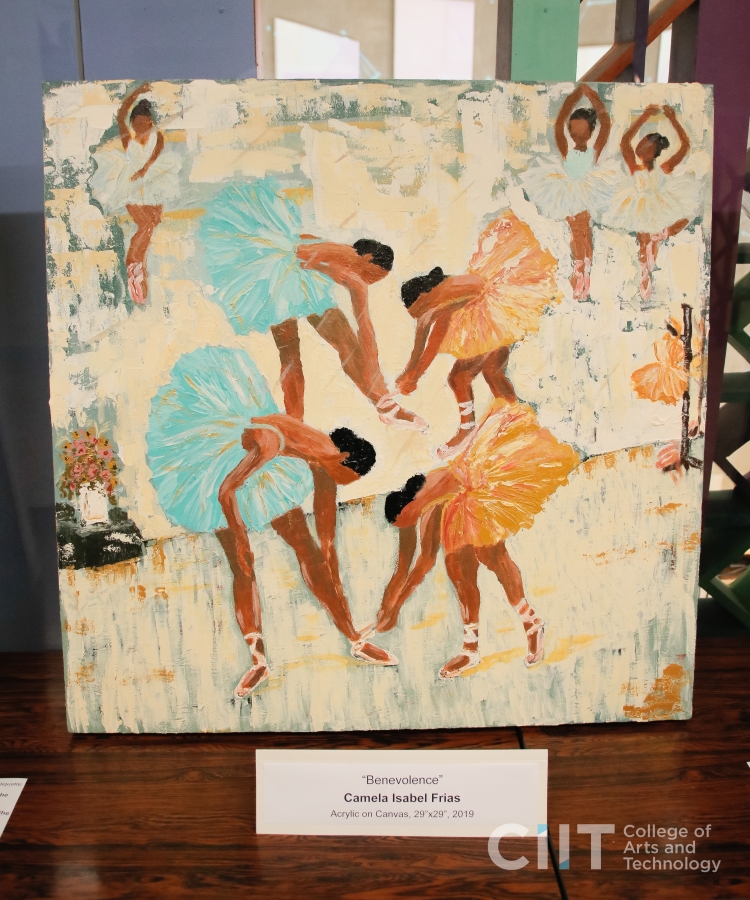 9. The “Art” of Expressing oneself – Candela 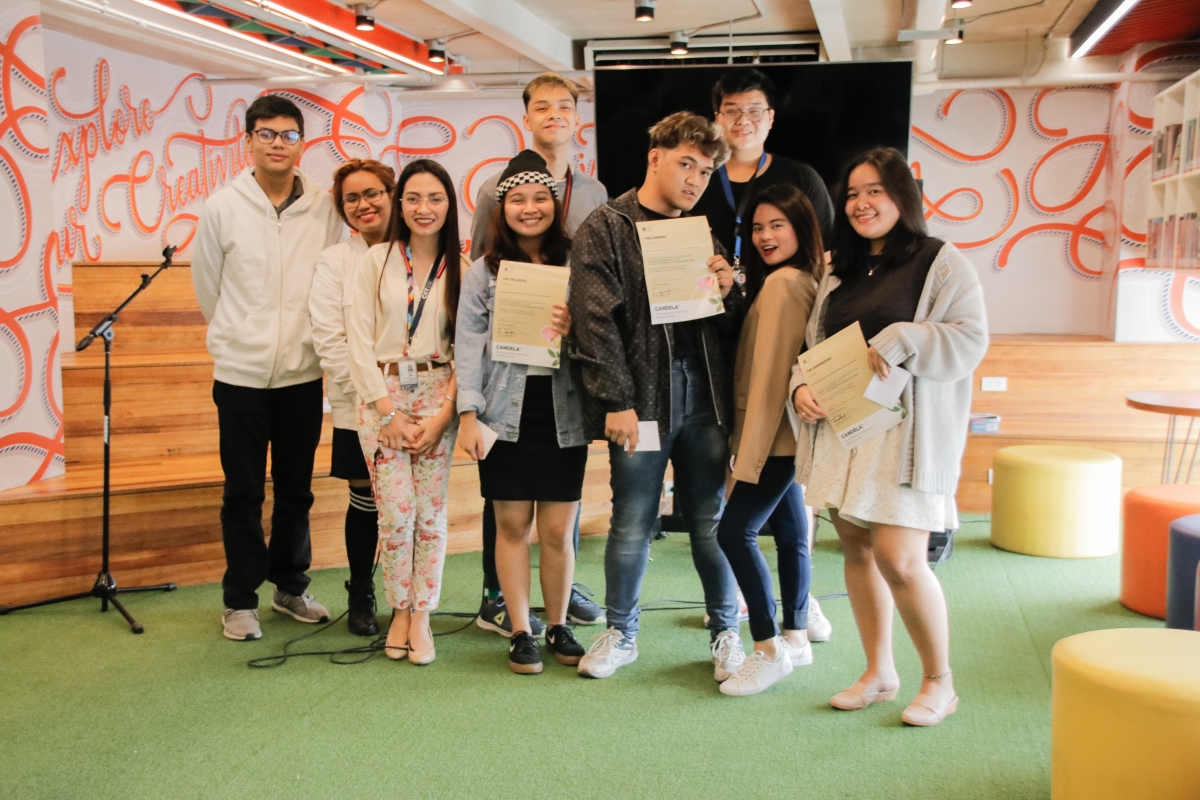 The “Art” of Expressing oneself – Candela

The Student Council prepared a quirky closing to the amazing week with the theme “Candela: Express Yourself Day”. It was a special day for the CIITzens to wear the outfit that would best express themselves. The mini-event became a platform for creativity and self-expression. During the closing ceremony of the Arts Week celebration, some brave students flaunted their outfit on the mini runway at the Library Area. Five winners from these students received a PHP 1000 gift certificate from Art Bar.

10. Behind the Arts Week 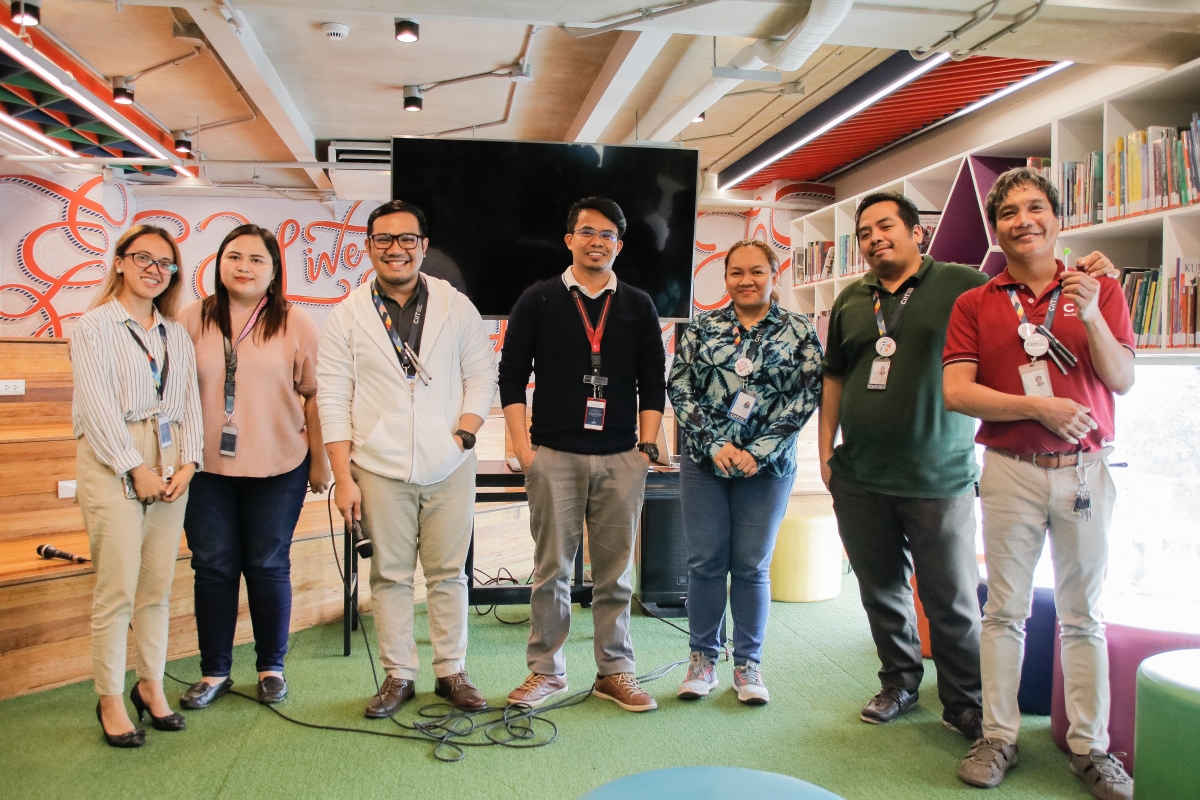 Of course, Arts Week would not have been possible if not for the brains behind these festivities – the Arts Department, Student Formation Services and the Student Council. Together with the help of CIIT Student Organizations, the nonstop seminars, workshops, and competitions were brought to life, resulting in a merrier and more colorful Arts Week celebration.

It’s never too late to experience Arts Week at CIIT Philippines. If you have a passion for the arts or technology, you can be part of our community. Call us at 02 411 11 96 to know more about our programs for incoming Senior High School or College, Transferees and Young Professionals. Also, you may simply browse our website, to know more about the offers of our school.

PrevPrevious StoryCIIT Goes to Animation and Art Fairs this February and March
Next StoryCIIT Philippines Joined Once Again Pinoy Otaku Festival 2019Next
Privacy Policy
CIIT Philippines is committed to maintaining strong and meaningful privacy protection for customers. This is designed to inform our customers of the information we collect and use and the options of our customers regarding these activities.
COLLECTION AND USE OF INFORMATION
Information you provide.