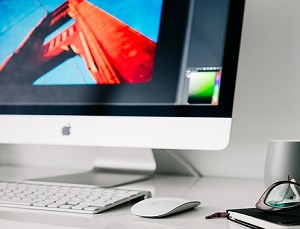 CIIT’s resident graphics virtuoso Oliver Santiago has made us proud again by being named as one of the winners in the Hyundai Pop Art Contest held last October 2012. Hyundai’s POP (Pride of the Philippines) Art Contest which was launched by Hyundai Asia Resources, Inc. (HARI) aims to unite aspiring Filipino artists with the automotive firm’s advocacy while popularizing young, native talents  to stretch out the unique beauty of Filipino Art.  Among the 800 people who joined the contest, he and 14 other great artists were chosen to have their amazing artworks featured in the Hyundai 2013 Calendar and limited edition Hyundai merchandise. They each took home a trophy, a cash prize of P 50,000, their framed artwork and special Hyundai merchandise.

“At first I was really overwhelmed by the support given by my colleagues and friends during the voting period and it became more overwhelming when I was announced as one of the 15 winners,” Oliver answered when asked about his reaction on winning the most coveted prize.

“I came up with my work by doing some research about the given theme which is Pride of the Philippines. My winning entry which is “Drive with Pride” consists of a tribal art with the fusion of modern pop art,” he explained when asked about how he created and developed his ideas behind it. He also told me that one of his biggest inspirations was Vector X Vexel Philippines, an online art community that showcases the beautiful artworks of young Filipino artists and inspires people all over the world.  He adds, “We really helped each other by giving some feedbacks with our own individual works. As an individual artist VXVPH was really one of my biggest influences.”

Oliver Santiago is truly a force to reckon with as he continues to flourish in his chosen career and prove that he has what it takes to bring graphics design into a whole new level.  His achievement not only brings honor to himself, but to our school as well.   This only shows that we should continue to do our best and strive to share our creativity with others through joining art competitions.  If we keep ourselves motivated and aim to be better than before, we will surely join the ranks of Oliver Santiago and other students who continue to make us proud with their stellar achievements.