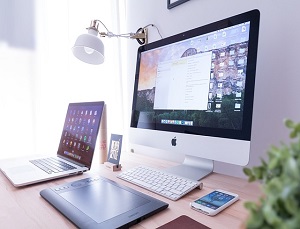 The Southeast Asian gaming market is growing and the business process outsourcing (BPO) industry is thriving through software development and animation. Suffice it to say, it wouldn’t take long before we witness the success and proliferation of video game development and 3D animation in the Philippines.

Although the country’s first full-length 3D animated film “Metanoia” was only released last year, Filipinos have already shown great potential in the craft, with countrymen working on Hollywood blockbusters such as “Finding Nemo”, “The Incredibles”, and “A Bug’s Life”.

Animation has become a more viable option for creative students with a knack for technical know-how. A number of schools have incorporated 3D animation in their curriculum; some have even started offering college courses in the said field. And because 3D Animation is relatively new in the country, few people have actually mastered the craft, thus, a high demand for skilled 3D artists.

With the release of “Anito: Defend a Land Enraged”, the country’s first home-grown RPG game, along with the rise of software engineering in the Philippines, big-name companies and publishers have begun recognizing our country’s potential in the field of video game development. However, only few colleges and universities have actually focused on Game Development, even if most of them offer Software Engineering as a course.

One of the few schools in the country which offer Game Development as well as 3D Animation as a college course is the Cosmopoint International Institute of Technology (CIIT). Allied with Anino Games, the country’s largest game development firm, CIIT aims to provide its students the best quality education in the fields of video game development and 3D animation in the Philippines.