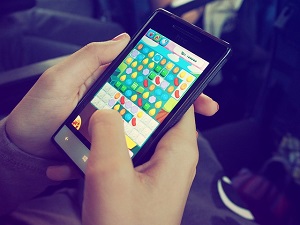 Today, many game development firms in the Philippines look for talented Filipino artists who can fill the large demand caused by the boom of PC and mobile gaming consoles. According to Mr. Alvin Juban, chair of the Game Development Association of the Philippines, they are eyeing about 15,000 developers and designers by 2016. Their goal is to make the global community aware of the country’s expertise in producing quality and excellent games and applications.

So what should this year’s graduates expect? Good news! There is actually a positive job outlook for gaming alumni in the Philippines. If you are graduating this year, here are among the top firms that you can target for your first job.

Everybody considers this company as one of the largest game development studio in the Philippines. It is a third-party game developer for Mac, Facebook, Nintendo, iPhone, and other platforms, and the makers of mobile game mega-hits such as Lost Cubes and Juice Cubes.

This firm composes of a team of artists who have worked on comic book productions, conceptual designs, character designs, DVD cover arts, storyboards, and fashion design. If you want to be a part of their team, you may want to go to their office located in Marikina City.

Starting with only five people in 2007, this Makati-based company grew to be one of today’s most respected game development studios. It develops and designs games and mobile apps, and offers web and digital marketing services to its clients. Its primary headquarters is located in Phoenix, Arizona.

This firm is behind the games “Talecraft Story-Creation Card” and “Starstruck.” They develop and create games for Facebook, web sites, and mobile phones. They specialize in comics and illustration and develop web sites, mobile apps, and flash advergames.

TOSE is Japan’s largest commissioned game software developer. They base this on the number of workers it has employed and the quantity of software titles it has developed. Its Philippine branch, which is 100% owned by TOSE, Co., Ltd, opened in June 2013. The company, which is also the first entity in South East Asia under TOSE business group, serves as a development hub for its digital contents application and smartphone games.

So what’s your next step? Of course, you need to find a game development school in the Philippines that can groom you with the right and in-demand skills. You may enroll at CIIT College of Arts and Technology. The school will surely anchor your entry to the world of gaming. Visit www.ciit-ph.com to learn more!

Life After School: Game Development Firms in the Philippines | CIIT