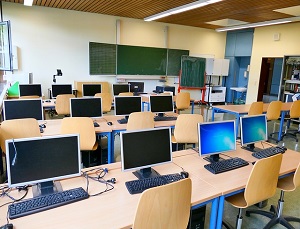 Inevitable Growth of Digital Arts School in the Philippines

The emergence of advanced computer graphic tools has provided many innovative possibilities for abstract and figurative arts, which transformed the traditional activities of most contemporary artists. More so, in this day and age of computers, digital artists utilized the aid of graphic software, digital photography technology, and computer-assisted painting in the creation of art instead of using traditional techniques and equipment such as paint, paintbrush, and canvas.

By way of making graphic designs more accessible and producing extraordinary works that fall out of any conventional visual definition, today’s computer-aided technology craftsmanship is considered to be the peak of contemporary art.

Being part of everyday life, especially of the Filipinos, movies, cartoons, and games have greatly influenced not only the imagination of new generation artists but also the Filipino’s inclination towards the digital and animation industry.Filipinos have long been captivated by the industry.An array of Filipino talents today has been working for some of the most famous cartoon and game makers, including Marvel, Nickelodeon, and Pixar.

Other proofs of the Filipino’s world class talent in computer-generated imagery is Nelson Bohol, a Filipino, who is one of the animators that brought to life some of the characters in Cars 2, Finding Nemo, and Anastasia. In the gaming industry, on the other hand,Niel Dagondon, founder and owner of Anino Games, which is the pioneer and largest game development studio in the country that crafted several games for a wide range of game platforms, including Nintendo, Apple iPhones, Wii, Internet, has been celebrated for his international business success.

Meanwhile, in the Philippines, to keep up with the fast phase development of technology, more aspiring Filipino artists nowadays are becoming more receptive to learning computer-aided skills and designs to keep pace with the trend; thus, the commitment of one digital arts school in the Philippines is apparently providing innovative skills that include the following:

More so, due to the speedy growth of the digital film and gaming industry in the country, a number of Filipinos are now showing interest in studying multimedia courses because apart from the cartoon and gaming industry that require website maintenance, graphic design, layout, among other tasks that entail computer graphics or artistic skills, there are still other industries that also need the services of multimedia artists:

Considering the influence of computer technology in the graphics and design community, the clear sight of booming electronics that generated creativity is really emerging in the Philippines. Along with the changes, however, are the challenges and opportunities that come with it. But through the deep commitment of even one digital arts school in the Philippines to help in shaping the creativity of the new breed of Filipino artists in the multimedia industry, the country can definitely develop new talents and technology to be on top of the animation industry in the coming years.

Recognizing the growing industry of multimedia in the Philippines, as well as the receptiveness of the Filipinos to keep pace with the constant advancement of technology, in 2008 CIIT, an emerging top ICT Education conglomerate and member of the Cosmopoint Education Group in Malaysia, opened its branch in Quezon City to bring world-class ICT education to the Filipino people. As the school aims to produce first-rate industry-ready graduates, CIIT partnered with Anino Games, the most successful game development firm in the country.