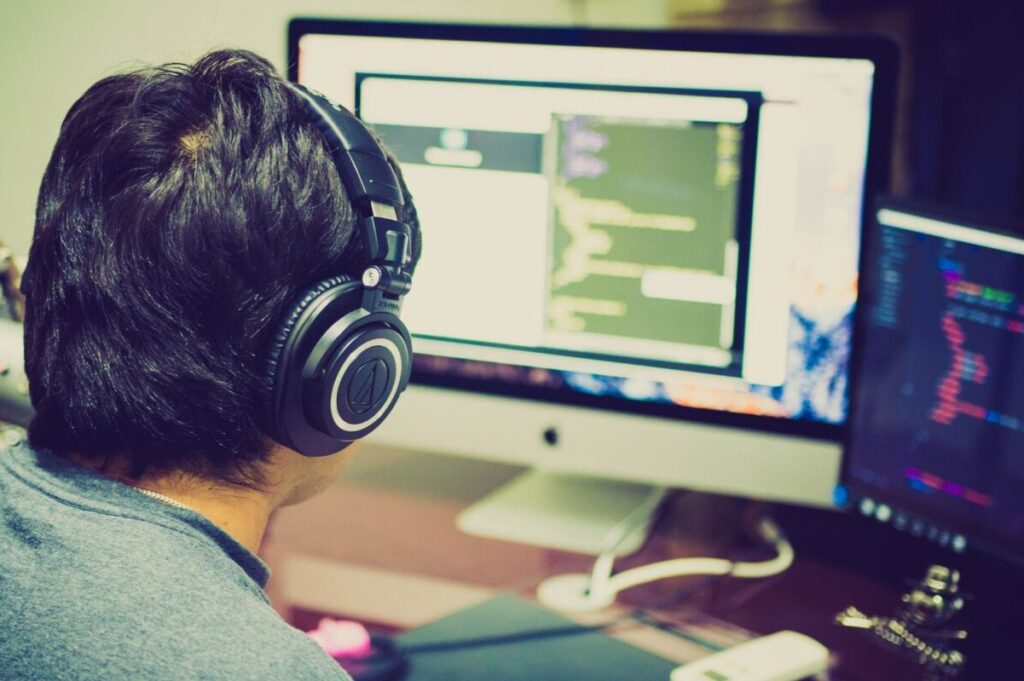 Taking a Course and Pursuing a Career in Game Development

People play games for various reasons. Some play to build a career in e-sports, while others do it to kill time. Even for a moment, these video games can bring us to a magical world full of great adventures. We then get hooked into gaming and are enticed to start creating our own apps and designing games. Want to make this dream possible in the gaming world? Let’s dive into the realm of game development, how you can pursue it, and how you can have a worthwhile career!

What is Game Development?

In simple terms, this is the art and science of creating games. It involves various phases which allow the game developers to create, program, and produce games based on their own ideas or concepts. Aside from the technical side of game making, they also need to put great effort in these areas:

Game Development in the Philippines

Times have changed, and so have people’s career choices. Today, many Filipinos consider game development as a serious and lucrative career.

In the country, it’s said that game content creation existed as early as 1992. This growing niche caught the interest of young aspirants to pursue their passion in this field. In 2014, the Commission on Higher Education or CHED released CMO 02, or the “Policies, Standards, and Guidelines for Bachelor of Science in Entertainment and Media Computing (BS EMC) Program.” CMO No. 02 Series of 2014 has given universities and colleges a concrete learning track that would increase students’ expertise in entertainment and digital media creation. Thus, BS EMC has laid the foundations for schools that offer game design and development courses as part of their curriculum today.

As per Newzoo, 74% of the country’s online population play games on mobile, 65% play PC games, and 45% play console games. Further, 43 million gamers spent around $572 million on games in 2019. All these add to the country’s standing as one of the major drivers of Southeast Asia’s overall games market.

Earlier this 2021, Game Developers Association of the Philippines (GDAP) President Alvin Juban told CNN Philippines that someone who’s thinking of joining the game development field must learn that beyond passion, having hard skills is also a must. This means that it’s art and science combined; so you must know a thing or two about game programming, game engines, level design, and development tools.

That said, you must gear up yourself with the right knowledge and skills to become a competitive aspirant as you join the video game industry.

Finding it hard to convince yourself or your parents of the path you want to take in college? If the common myths and misconceptions are the main reasons for their doubts and worries, let us help you debunk them once and for all.

Most people unfamiliar with mobile game development assume that game makers are just laidback wage earners who skip work whenever they please. In contrast, few studios ask game makers to work extended hours and weekends for weeks or months whenever they’ll reach a milestone goal or end a project. You call this “crunch time,” and anyone working in the field experiences this phase. Although paid for the extra time, your health can be at stake, too. To add, you may have a hard time surviving if you’re not passionate about the job.

2. You don’t need a degree to make games.

Technically, this statement is true. You don’t need a game-specific degree to make games. However, having one will give you an edge in getting a job. If you start building games without a degree at all, be ready to work hard or start your own firm. Sure, you can do it all without a degree; but it’s unlikely for a firm to hire you without one. A degree would prove that you have what it takes because you’ve learned and gone through it.

3. You need a programming background to be a great game maker.

Since games are digital and built using computers, programming is a key skill to possess. Game designers who not only pitch ideas but also understand the technical aspects of enforcing them are of great value. Although successful ones who like to break the norm exist in this field, they have little to no programming knowledge like Nintendo’s Shigeru Miyamoto and Eiji Aonuma, who initially worked as graphic artists before moving up to bigger roles.

Since news on millions of units sold and billions of dollars made by giant game franchises are everywhere, it’s easy to grasp why people think game makers are rich. In reality, only few succeed with the stiff competition in the business. Besides, if you’re only working for a game studio, your income may suffice but may not be enough to make you rich.

Jobs are scarce in the gaming field while others say the competition is too high for you to stand a chance. While they are partly true, still many job opportunities await you if you pursue this career. Job titles are finite, but the vacant positions are not. It is a competitive field but since it is still growing and constantly evolving, the demand for workers remains high.

6. Learning through game studios is better than game development schools.

They say that your daily practice in a game studio already gives you the knowledge you need. Well, you could get part of the learning, but not the full technical aspect of game creation. It will be harder for you to work independently or get a higher role in the gaming field. With the complex game creation, the industry prefers those who have the degree. Graduates are swift, creative problem-solvers because they know new techniques.

7. Mobile game development schools are merely after your money.

Some people claim that most schools offering gaming courses are only after you or your parents’ money. But try to check on their state-of-the-art facilities, teaching methods, and practitioners. Soon, you will realize that these charges are unfounded after all.

The ever-changing fields of science and IT have paved the way for the emergence of many electronic platforms. In fact, based on a recent Statista forecast, the number of people worldwide using mobile phones is expected to grow to 7.49 billion by 2025. Aside from mobile phones, people access other gadgets such as laptops, tablets, and other consoles. Hence, game makers see this chance to extend their scope and make this field as promising as ever.

CIIT Philippines, a game development school in Quezon City, believes that Filipinos have a great edge in this field. If you’re clueless about it or still unsure of what course to take, here’s why you should pursue and learn game development.

1. You can fulfill your passion while earning.

With game development as a career, you don’t need to choose between earning for a living and doing what you love. This is because you can do them both at the same time.

2. It is IT and arts rolled into one.

Taking up a mobile game development course can make it happen. Besides being in demand, this can get you one of the biggest paychecks in the country, too. The average gross pay for a game developer in the Philippines is roughly ₱687,465 per year.

4. The government supports the trade.

Our government backs the game-making field in various settings locally and abroad. In fact, they have been striving to make the country a leader in the game development sector across the Asia-Pacific.

5. The employment outlook is high.

With firms looking for competitive coders with a background in various programming languages and platforms, your hard-earned skills are salable even outside the gaming field.

6. We Filipinos have the edge.

We work fast, English comes second to our native language, and we are comfortable doing both Western and Eastern style artworks. All of these make it easier for other countries working with us.

Careers You Can Pursue with a Game Development Course

Contrary to what most people think, game development courses can lead you to numerous careers in the workforce. Here are some of the jobs you can choose in this field, along with the median pay for each post in 2021.

They prepare the game’s core elements such as plot, characters, and gameplay. They also help work on the game’s mechanics and other texts.
Median Pay: ₱299,907 per year

They design the game’s visual aspects, from the game’s setting to gaming manual, packaging, and other materials.
Median Pay: ₱188,495 per year

They develop and process all required sounds in a game. These include background music, sound effects, and dialogue.
Median Pay: ₱360,000 per year

They write dialogues for each of the game characters. They create conversations and narrations especially for RPG games.
Median Pay: ₱219,751 per year

Creating games is far tougher than playing them. If you’re eager to make one, enrolling in a leading game development school, such as CIIT Philippines, is your best choice. If you’re an incoming senior high school student, our computer programming track will introduce game programming for beginners. This track can lead to a degree in college if you choose to further your studies with us.

However, if you’re an incoming college student or a working professional, you can take BS Entertainment and Multimedia Computing if you want to master the art of game making. You can also take a short game development course if want to upgrade your skills and refresh your knowledge in the field. Contact us to know more and turn your game ideas into reality.