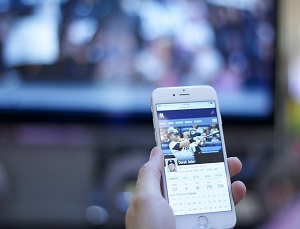 Game Development School and the Future of eSports in PH

Are you familiar with “eSports”? Electronic sports (eSports), is a general term for online or video game competitions played by multiple players. Unlike physical sports, this game embraces IT and involves the use of computers in playing. Proponents classify it as a modern variant of chess, a popular sport known to hone people’s critical and creative thinking skills.

League of Legends, Defense of the Ancients 2 (DotA 2), and Startcraft2, are just some of the video games played in eSports. A gamer or an eAthlete can get the chance to play nationally or abroad to represent the country in various competitions, too.

eSports is a competitive sport. It exercises the brain and teaches people how to plan and strategize. It won’t just oblige players to solve math problems but will also let them think and devise the best tactics that will help them win the game.

Moreover, it can develop teamwork, patience, and friendship. It can be a team sport as it requires gamers to go against other teams. Players can be rivals during the match but once the game ends, most of them become friends.

eSports can also be a healthy form of distraction to those who are experiencing pain, depression, and stress since it requires focus to win the game.

Behind the gains, eSports has also its share of bad effects. Studies show that extensive playing of violent video games can make its players more aggressive. It can also affect the students’ academic grades and social isolation since the only form of interaction is through computers. But gamers can avoid the downfall of eSports if they learn to play in moderation. They need to balance school and gaming, and gain guidance and support from their parents.

Despite the cons, analysts see the huge potential of eSports in boosting the country’s economy. Even public officials like Senator Bam Aquino, a self-confessed gamer, shows support for this sport. In his recent interview with Inquirer.net, he laid out his desire to develop the video game design and animation industry of the country. He wants it to be an in-demand market that can attract big budget game publishing studios to invest and tap our local talents.

Moreover, many game development schools, like CIIT-Philippines, are nurturing sought-after artists and developers to bring out the best in them. They offer programs and courses to aspiring Filipino talents who dream of entering this field in the future. They arm students with the needed skills and prepare them for the intense and growing demand of game development in the country.

Do you desire a career in gaming? Check out www.ciit-ph.com now for courses and programs you might be interested to pursue.