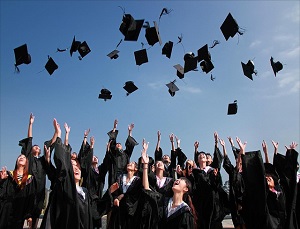 Are Game Development Degrees a Bad Choice in College?

In the past few years, we have witnessed how mobile, online, and different multimedia platforms maximize our opportunity to learn, communicate, and play computer games. It is really amazing how imagination can take us into a different dimension.

Video games are a combination of various skills and discipline. They convey emotional responses through the integration of graphics and sounds. Aside from adventure, forms of video entertainment also take us into a different world. They allow us to shoot guns, solve puzzles, jump on mushrooms, and even save a princess. Game development has started in the 1970s during the height of Atari’s popularity. Thus, advancements in technology changed the landscape of 3D animation and resulted in the birth of smart phones and mobile devices such as tablet computers, which increased the demand for mobile entertainment. According to research, the global market for video games is projected to grow from $66 billion in 2010 to $81 billion in 2016. In the Philippines, the video game industry has existed since 1992. A lot of Filipino developers were able to produce content for different console platforms such as Genesis, Sega CD, Game Gear, Super Nintendo, and PC Engine. Aside from excellent creativity, Filipinos are also known for being “highly-adaptable” to foreign cultures, which could lead to boundless opportunities in the industry. In fact, there were 1,391 game developers who gained employment in 2011. Indeed, the country is home to a large pool of world-class talents. The following are among the skills of qualified developers in the country:

Computer games are a combination of interesting storyline, challenge, adventure, immediate and useful rewards, imagination, and reality. It provides a wide array of interactive experience to a large and diverse population. It is not surprising that game development degrees are becoming a popular choice among Filipino students, not only to hone innate talents but to also express ideas in the most possible creative way.

The search for a world-class ICT school in the country has finally ended. In 2008, CIIT, a proud member of the Cosmopoint Education Group (CEG), brought a top-notch education in the Philippines to provide every Filipino with the most recent advancement in the world of Information Technology and multimedia. It is one of the most sought-after schools in the country that offers industry-relevant courses with state-of-the-art classroom facilities. Over the years, CIIT also garnered numerous awards and recognitions as the top ICT education conglomerate in Malaysia. Moreover, CIIT offers a wide array of career options among its students. Aside from game development degrees, it also provides college degree programs in multimedia arts, computer graphics, 3D animation, Information Technology, and software engineering. Furthermore, CIIT offers a Bachelor’s program for students who want to accomplish a complete degree in any IT-related courses. With its successful partnership with Anino Entertainment, Wacom, and KLMU, CIIT guarantees industry-ready and globally recognized graduates.