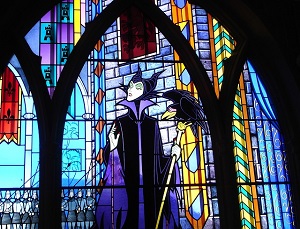 In contrast to what other people say, the future is bright for entertainment multimedia school graduates in the Philippines. Students of digital animation courses, for instance, can get countless offers from the emerging outsourcing firms in the country.

As of 2008, there are over 50 small and medium-sized outfits and a total estimated 7,000 Filipino employees working for the industry.

Do you want to conquer the world’s best animation firms? Try to find a job in these top animation companies below:

This digital animation studio makes content for TV, video games, and visual effects. Its projects include Star Wars: The Clone Wars. They are active in many facets of filmmaking.

This firm combines arts and storytelling with the newest technology. Who will forget the classics such as Cinderella, Snow White, and many more? They have made more than 50 films and thousands of animated short films. The 2013 Academy Award winner movie, “Frozen,” is one of them.

Pixar paved the way for 3D animation. For 19 years, it produced 14 high-grossing films, which earned the company awards and billions of dollars worldwide. They produced Toy Story, Bug’s Life, Monsters, Inc., Finding Nemo, The Incredibles, Cars, and Up among others.

This studio creates animated featured films, TV programs, and online virtual works. They have made 30 featured films including Shrek, Madagascar, Kung Fu Panda, Monsters vs. Aliens, How to Train your Dragon, The Croods, and more.

The studio contributed much to the Golden Age of American animation. They created Looney Tunes and Merrie Melodies. Duffy Duck, Porkey Pig, Woody Woodpecker, and Bugs Bunny are some of its classic cartoons.

The cable TV network was the first to air animated programs. The channel has action and comedy shows that serve both adult and young viewers. Space Ghost Coast to Coasts, Dexter’s Laboratory, Johnny Bravo, and the Powerpuff Girls are some of its well-known programs.

The channel emerged in 1990s. They launched Doug, The Ren & Stimpy Show, and Rugrats.

The studio does animated and family entertainment for worldwide viewers. They are the minds and hands behind Smurfs, Surf’s Up, and many more.

Founded in 1948, this Japanese firm created hundreds of animated series in Japan. Sailor Moon, Saint Seiya, Magical Doremi, Dragon Ball, and One Piece are few of its hit creations.

Did you know that a number of Filipinos work for these firms, too? Yes, many foreign animation companies trust and employ a number of our Filipino talents.

Are you dreaming to be one of them? Then, act on it. Hone your skills in the best entertainment multimedia school in the Philippines. Visit one at www.ciit-ph.com.