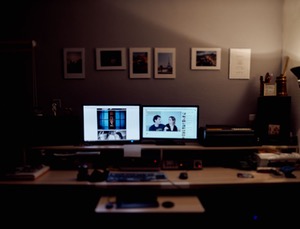 I have good news and bad news for you. Good news, our Filipino animators have been penetrating and succeeding in the international animation scene. Bad news, only a few people are aware of it. Why? It’s because our talents are outsourced and therefore are not given the full credits for their work.

Yes, the Philippines is on its way to becoming a leading global animation haven. Well, almost, if only our country can make the most of its established success in the outsourcing field and develop more of its own. As pressed by Pixar Co-Founder Ralph Guggenheim in his visit to the country in 2012, the Philippines should be offered the opportunity to tell their own stories. Their local productions must be supported and be developed to make them more sustainable.

Compared to other countries, the Philippines has been a preferred outsourcing partner of big international production outfits worldwide like Hannah-Barbera, Disney, and Pixar. Big thanks to the Filipinos’ inherent ingenuity, creativity, and artistry, the country has been providing animation services to the world for over 20 years now. This obviously makes the animation sector one of the most dynamic and emerging industries in the country.

Filipino animators are able to contribute graphic designs to several gaming platforms as well as to some of the world’s best-loved cartoons and animated films. Among these include:

Michael Kho Lim, executive director of the Animation Council of the Philippines Inc. (ACPI), quantifies the lucrativeness of the sector in billions. According to Lim, in 2011, the Philippine animation industry drew in a total revenue of USD128 million (approximately PhP5.3 billion) to the country’s economy. The revenue was generated by around 8,000 animation professionals, not just animators.

A major contributor to the international animation industry for the last two decades, the animation sector of the Philippines is now pushed to make a name for itself locally and abroad. One good indication that local animators are serious to expand the local industry is their drive to create all original content films.

For the past few years, Filipino animators have been starting to develop more original content for the global market. In 2008, the country’s first ever all-digital full-length animated feature film “Dayo” or “The Wanderer” was released by Cutting Edge Productions. Cutting Edge is a Makati-City-based animation production and CGI company that specializes in 2D and 3D animation services.

While Filipino animators are naturally gifted and are undeniably capable to dominate the global animation industry, there are still a few issues and challenges that both the academic and industry sectors should confront and address first:

CIIT College of Arts and Technology believes in the expertise and capability of the Filipinos to compete against the international market through its topnotch education. It is certain that the animation industry in the Philippines will eventually gain reputation as a breeding ground for all-original animated films.

Want to be included in the world’s best? Enroll now at CIIT. Visit //www.ciit.edu.ph/.

Animation in the Philippines and its Invisible Global Success | CIIT