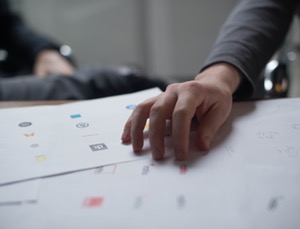 Animation in the Philippines: Storyboard Coming to Reality

Are you a big fan of animated films? What entices you to watch one? Want to know the secrets behind their creation?

The Evolution of Moving Images

Contrary to popular belief, animation is not a modern-day idea. It may not be known as such in the past but the idea of moving pictures has long been part of primitive people’s lives, dating as far back as the Paleolithic age. From then on, the principle has evolved into something better. Hand-drawn animation rose to fame during the 20th century. However, animators produced films with the help of computer technology before the century ended.

In recent times, computer animation captures the attention of people from diverse age groups. A traditional animation, later described as 2D, is characterized by a drawing followed by a set of drawings (usually comprised of 24 frames per second). A later version involved the use of a software application program. Both versions, however, make use of storyboard to present the ideas accordingly. With animated drawings, illustrations pass in front of us speedily that our eyes can’t even recognize the transitions of each page. With a 2D movie, same thing happens except that 24 photographs are the ones used as prime elements of animation.

3D animation is the most popular type among youngsters nowadays. It doesn’t require drawings but one may wish to have them (to be used as a mere guide), depending on the choice of an animator. In here, the creator constructs or models an element (character and/or scenery) in three dimensions. The entire production involves the use of software tools to apply surface characteristics and effects.

You Can Do It

CIIT College of Arts and Technology, a leading IT-digital arts school in the Philippines, believes it only takes creativity and basic knowledge on animation for someone to produce his own masterpiece.

The first module has to be completed in 36 hours. On the other hand, the completion of each of the last three modules will take 32 hours. Students will use Autodesk 3ds Max, a software program that “offers powerful, out-of-the-box capabilities for creating professional-quality 3D animation.” It has innovative features that help learners and enthusiasts create their own 3D content suitable for film, motion graphics, and games in an instant.

This particular specialist course offered by CIIT is a proof that both college education and IT courses in the Philippines have really gone a long way.

Today, we’re all witnessing the development in the animation industry. Storyboards have now become surreal scenes of reality. Be a professional animator and fulfill your passion.

Create an art in motion. Impress people with a motion in art.

Want to learn more about animation course in the Philippines? Ask CIIT. Send them an e-mail to info@ciit-ph.com.