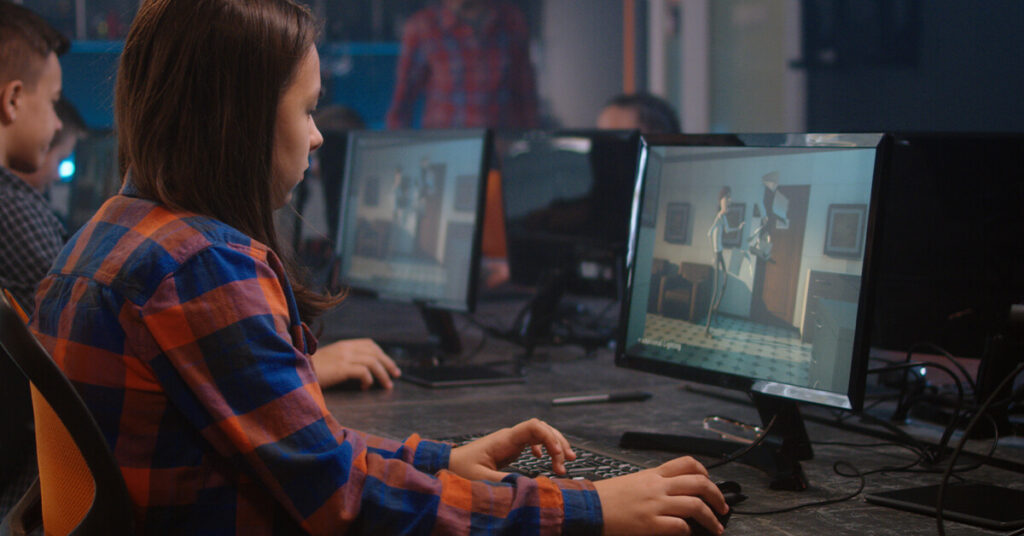 Animation 101: What Every Aspiring Animator Should Know

If you can imagine it, you can create it and make it happen. Nowadays, if you have an idea, you can make it come to life through the art of animation. Animation is the medium utilized by great storytellers like Walt Disney to share the adventures of well-loved icons such as Mickey Mouse and Buzz Lightyear. Animation stirs the imagination of so many, and has the power to inspire so many people, but what is animation anyway?

Animation is a method in which figures are manipulated to appear as if they’re moving. This is executed by setting the frames of pictures and making those portray movements to the viewers. Because of technology, animation has evolved to become more lifelike and sophisticated, amazing audiences even more.

What types of animation are there?

In a nutshell, there are five types of animation: traditional, 2D, 3D, motion graphics, and stop motion. The oldest form of animation in film, traditional animation involves objects drawn on celluloid translucent paper. To create movement, the animator must draw every frame, so it’s basically like a flipbook, but on a much grander scale.

2D animation operates on the same principle as traditional animation but through a computer, which saves a lot of time and costs, as computers fast-track the process of creating movement. Some well-known 2D animation projects include Looney Tunes and The Simpsons.

The most popular type of animation today, 3D animation is similar to 2D animation but is done digitally, which makes it easier to control and manage. Animators use computer programs in order to create movement. A sample product of 3D animation is Groot of the Marvel movie Guardian of the Galaxy and Pixar’s Coco.

Motion graphics, on the other hand, are pieces of digital graphics that create the illusion of motion ads. This is the type of animation used to create GIFs, and it’s often paired with sound for multimedia projects.

Stop motion operates on the same mechanics of traditional animation, but instead of using drawings, it adjusts physical objects in each frame. Hence, in stop motion animated films, objects are physically manipulated in small increments to create movement. Some examples of stop motion projects include The Nightmare Before Christmas and Wallace and Gromit.

What skills should an animator have?

It takes more than imagination and the ability to draw to become an animator. Animators require a set of skills in order to be effective and keep up with the demands of the industry. First of all, an animator must have creative thinking skills. Animation requires a lot of creative juices in order for the output or project to stand out, and be interesting to the audience. Hence, an animator must be able to think outside the box.

Animators should have good attention to detail. Good animation has some depth and should be able to mimic real-life details such as texture and surroundings. A competent animator goes the extra mile and ensures that no stone is unturned, and the project is of excellent quality.

In order to be a good animator, one must be able to use the tools of the trade, so it’s important for them to have the ability to use software and tools. Those looking to explore a career in the animation industry must pay attention to trends and breakthrough projects to remain relevant, and learn even more.

While communication skills are relevant in nearly all industries, it is especially important for animators to be able to communicate well in order to execute the requirements and guidelines of their animation projects. They also need to be able to understand what their clients want from them during the revision stages so communication is key.

Lastly, animators need to have good time management skills. Deadlines should be met in every stage of projects in order for the animation team to be efficient, and deliver output on time. This skill will also be helpful in providing some balance in an animator’s life.

These skills combined with passion and resilience have the makings of an exceptional storyteller through the art of animation. Above all else, it is important for animators to be able to tell stories that touch hearts and make people wonder after all. Everything else can be learned along the way.

If you’re looking to pursue a career in animation, it’s important you take time to learn the tricks and tools of the trade. A great academic institution to learn more about animation is CIIT Philippines. We promote high quality, industry-based teaching, and we constantly improve our programs to make them more relevant to current trade needs.
Among the courses offered in our school is a bachelor’s degree in multimedia arts, majoring in animation. Through this program, students will become proficient in various aspects of animation. To know more about CIIT Philippines and our animation program, simply send us a message.

3D Animation Course, 3D Animation School, Animation School, Digital Arts School, Senior High School
PrevPrevious StoryMeet Fae: Digital Marketing and Web Design Student
Next StoryLeveraging Skills: CIIT’s Best Specialist Courses To Take This 2021Next
Privacy Policy
CIIT Philippines is committed to maintaining strong and meaningful privacy protection for customers. This is designed to inform our customers of the information we collect and use and the options of our customers regarding these activities.
COLLECTION AND USE OF INFORMATION
Information you provide.