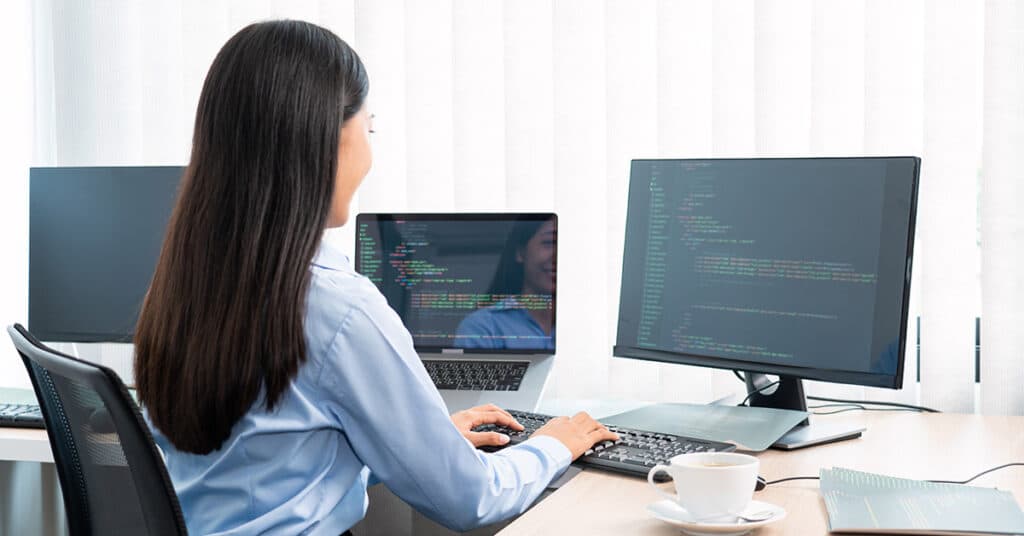 A Guide to In-Demand Programming Languages in Computer Science

Software programming is one of the few skills needed in order to improve digital customer experience. This has become a top priority for companies that are constantly vying for the attention of more consumers by establishing a stronger and more competitive online presence.

Many companies try to set themselves apart by increasing online channels and improving digital customer experience—and they need individuals with skill sets in computer science, specifically in programming languages, to do this.

Among the most in-demand programming languages in the world right now are the following:

It’s also ideal for beginners because of its simple syntax, as well as its wide availability of resources such as standards and toolkits. It can also easily be integrated with other popular programming languages such as C and C++.

A few examples of platforms that were developed using Python are YouTube, Google Search, and Netflix.

JavaScript is one of the most commonly-used programming languages in the world. It’s one of the easiest languages to learn. In fact, many programmers claim to have learned JavaScript even without prior coding knowledge.

Many websites use JavaScript because it allows for interactive, multimedia-enhanced web pages. When combined with other programming languages such as HTML and CSS, developers can gain a higher level of website control. This helps provide better website navigation, readability, and overall user experience.

C is one of the first programming languages developed. It can run on any type of device and can serve as a good foundation for learning programming.

C++, on the other hand, is an extension of C. It is mostly used in computer games and in car manufacturing.

Go is a programming language developed by Google. It is a relatively new language, but is still considered efficient, readable, and secure for system-level programming. Despite being new, it already has a large library of standards and documentation.

With continuous innovations in the field of software programming and other facets of tech, the future of computer science in the Philippines certainly looks promising. Earning a computer science degree can open many doors of opportunities for the aspiring Filipino programmer.

Equip yourself with the skills necessary to become the next successful computer science professional by applying for the Bachelor of Science in Computer Science program at CIIT Philippines. Learn more about the program today.

Computer Science
PrevPrevious StoryKickstart Your Career as a Freelance Graphic Designer in the Philippines
Next StoryAre Jobs in Performing Arts Still Worth Pursuing?Next