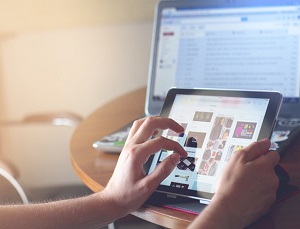 Not everybody holds the passion to develop mobile apps that can make people’s life easier. Hence, if you’re hoping to create one, make sure to check out these cool suggestions we picked up from various users on the Web.

Glyn Williams in Quora proposes a Shazam-like app for fonts. Like Shazam, she envisions an app that can scan and identify font styles based on a captured image. A “Buy Me” or “Download Me” button for paid and free fonts would be one of its main features. In addition, she hopes the app can suggest designs and other font styles, too, that can go well with the scanned font.

In a Forbes article, Stephanie Be, founder of Travel-Break.net, mentioned her desire for an app that can scan food contents and translate foreign menus. She hopes it could give her the ingredients, calorie count, and gluten content of each dish. Meanwhile, it would help as well if it can detect possible allergens, negative drug interactions, or food poisoning risks based on the user’s medical record.

According to Spin.com, people want a music app that can identify all the instruments used in a song. As soon as the music starts playing, the app should be able to give the name of the instruments used, as well as the song’s tablature and chord progression. They say this can help musicians replicate the song and distinguish between two similar-sounding instruments.

Reddit user Fearlosophy suggests an office app that can record and distinguish voices as well as transcribe the minutes of the meeting. He says it is better if the app can also email the meeting’s agenda, read the minutes of the previous meeting, and send a decision notice to the members involved.

Sasidhar Reddy posted on IdeasWatch.com that he wants an app that can auto-update his phonebook and notify him of his contacts’ new numbers every time they change it. He says it would help people who are too lazy to update their phone directory and who have friends that change numbers frequently.

In addition to the food scanner, Stephanie Be also suggests an app that can show her a list of prescription and over-the-counter drugs at the nearest pharmacies. She says the app would help users clear up the variance in brand names and purchase the right medicine during an emergency overseas.

On BuzzFeed’s website, brianchanc wrote that he wants a Shazam for perfumes. Similar with Shazam, this app should be able to scan perfumes, identify its scent, and suggest places where people can buy them.

Another BuzzFeed user, priscillaw41d892c96, says she wants a healthcare app like Baymax from the movie Big Hero 6. The app should be able to detect and diagnose illness or injury through digital body scan. Moreover, she hopes it can suggest some treatments or notify nearest family or friends about the person’s health situation.

Are you interested to bring these cool ideas to life? Let CIIT, one of the best mobile app development schools in the Philippines, help you make these apps happen. Visit our Programs page to know more about the courses we offer.