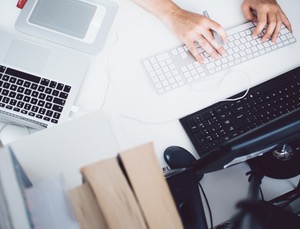 “Animation offers a medium of storytelling and visual entertainment which can bring pleasure and information to people of all ages everywhere in the world.” ~ Walt Disney

The invention and launching of television sets in mid-1920’s brought a huge impact on people’s lives. Though motion pictures were already in existence in the late 1890’s, this (TV set) particular discovery set a milestone in human history by giving people the chance to see moving images that aim to advertise products, entertain viewers, and provide news and information. Unlike motion pictures, TVs became popular among households. As time evolved, features and designs of television sets drastically improved but their purpose remained the same.This discovery prompted attempts to further develop state-of-the-art devices and gadgets. From then on, various technological outputs that were inspired from TV sets were introduced to the public.

Contrary to popular belief, moving pictures aren’t a new idea. Actually, it existed during the Paleolithic era but the exact term was not yet coined.Ancient people used to draw sequence of images that depicted motion. With the advent of TV, people got the chance to watch programs.

Today, simple sketches and drawings have become even better! Youngsters and adults are now fascinated with three-dimensional visual representation.This interest has not only led to addiction, but has also led most to become curious on how to make one.

Are you interested to create your own work of art? 3D animation schools can help you.

Three-dimensional moving graphics is an artistic computer-generated masterpiece that depicts moving images in a digital environment. It is done basically through the cautious manipulation of 3D models within the utilized software application. The sequences of images are transferred or exported into the three-dimensional software to give an illusion of movement. The programmer has the power to manipulate these models.

The “moving image” to be created has to undergo certain stages of the entire process: (1) modeling; (2) animation; and (3) execution.

3D animation schools can really help enthusiasts in learning the specifics of this field of expertise. Besides giving them an experience that may go beyond imagination, they offer courses and subjects that can bring students to another dimension. These learning areas are exciting and can bring them as far as what they can ever imagine.

Choose the best among the 3D animation schools.

CIIT, a renowned ICT learning institution in the Philippines, specializes in providing education related to information technology, digital arts, and multimedia. This school offers a college degree on three-dimensional animation that can produce professional graphic artists, one of the most in-demand occupations in the current job market.

If you have the artistic skills and the desire to further improve them, enroll at CIIT. Students here will experience how to design their computer-generated masterpieces in various applications. These include game development, product design, movies and cartoons, tri-media advertising, and architecture.

If you’re interested to know more about CIIT and all of its degree programs, write an e-mail to info@ciit-ph.com.