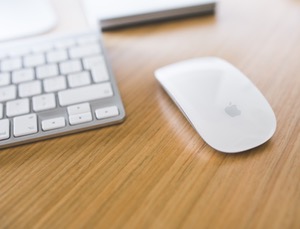 There have been pieces of evidence that support the attempt of prehistoric people to create an illusion of movement through depicting images in action. In fact, these indications can still be traced in France, where cave drawings that were animated with torch-light were discovered. According to archaeologist Marc Azema and artist FlorentRivere, the Stone Age illustrators used cartoon-like strategies on the cave walls to characterize running animals. Moreover, to show movement, they drew it in successive images.

Meanwhile, in traditional hand-drawn imagery, a simple facial expression or lip movement would normally take at least 20,000 drawings before the image is brought to life. Technically speaking, there were 12 basic principles of animation that had been introduced by Disney animators Ollie Johnston and Frank Thomas. These are:

But with the emergence of computer technology, the landscape of creative industry has dramatically changed. Advance computer graphic tools have brought unimaginative possibilities and also transformed images into realistic living creatures. From traditional ways of illustration to the most recent computer graphic imagery, animation has truly come a long way.

Even though moving images and graphics convey complex ideas, it can be a powerful way to encourage and attract audience’s attention due to the various elements that can actually educate, entertain, inform, persuade, and spruce up the public. This could also be the reason why Toy Story, the first feature-length computer-generated imagery animated movie, broke all box office records in 1995. Truly, 3D animation has become part of the American life. Digital graphics and designs have become common from billboards to Internet ads.

Also, the success of crowd-pleasing computer-generated cartoon films such as Lion King, Pocahontas, Ice Age Series, Toy Story, Finding Nemo, among others, led to the growth of the entertainment industry that opened lucrative career opportunities for computer graphics and visual effects professionals in the local and global industry. Among these fields include:

Today as computer graphic imagery continues to develop in various industries; more aspiring modelers and designers are showing interests to take up 3D animation course. Such course would not only introduce students to fundamental concepts, principles, and practices of digital imaging for three-dimensional art, this would also teach learners the strategies in game development and 3D design using appropriate state-of the-art tools and technologies.Although creativity is an essential skill in this type of field, preparedness, competency, and technical skills are also needed to succeed in this venture.

Due to the tremendous growth of the digital industry and the increasing demand for graphic, game developers, and professionals in both local and global job market, the establishments of schools for Information and Communication Technology (ICT) education in the Philippines have become prevalent. In 2008, CIIT opened its branch in Quezon City to bring topnotch ICT education to the Filipinos. Committed with its undertaking to train and produce the next generation of industry-ready and world-class artists and programmers, CIIT offers degrees and programs in multimedia arts, graphics design, information technology, and 3D animation course. It is also a proud member of the Cosmopoint Education Group, which is considered as one of the top ICT educational institution in Malaysia and in other parts of the world.