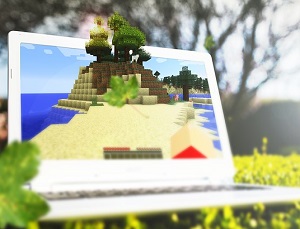 3D Animation College and the History of Pictures in Motion

Computer animation has its beginnings. And for any 3D animation college, knowing its history is crucial. So what’s the worth of knowing the industry’s history? Why do you need to learn the events that happened in the past? It’s simple—to appreciate the craft more and explain better how it progressed throughout the years. By knowing its history, you will understand how the industry grows and how you can become a more competent animator.

Learn how time changed and improved computer animation through this short historical outline below:

Cave paintings were the first form of animation. In Iran, historians found an old vase with images showing a sequence of actions. The pictures depicted the movement of a goat as it leaps to grab a leaf from a tree.

In 1828, Belgian Joseph Plateau invented “phenakistoscope,” an early animation device that used a spinning disk of sequential images mounted on spindle. The tool made use of the persistence of vision principle to create an illusion of motion.

In 1832, people considered tools like “zoetrope” as short animation. It consisted of a cylinder with a series of pictures on its inner surface, which when spun create moving pictures. Viewers watched the scenes through equally spaced slits within the drum.

In 1892, Parisian Emile Reynaud headed out the first movie house, Theater Optique. The venue played flicks out of drawings on rolls of paper. Through time, the roll media stretched out to longer scenes and to wider viewers.

In 1895, Thomas Edison and the Lumiere brothers merged photography with moving pictures. The fusion commenced the development of animation. But it was not perfect; the missing element was sound.

In 1928, Walt Disney became a well-known cartoon promoter. It released the first short film with sound, “Steamboat Willie.” In 1932, it introduced color to animation in their film “Flowers and Trees.” In 1937, it launched its full-length film “Snow White and the Seven Dwarfs” that earned $416 million dollars. This made Walt Disney Studios the biggest animation firm in the world.

Computer animation slowly adapted modernism and new techniques in its production process. In 1970, new vector machine and Picture System II improved animation. Then in 1982, Silicon Graphics’ IRIS fused real-time display, color, and video output. It was a big breakthrough and was the most-used technology in the industry.

There is no stopping anyone from creating better and clearer animation films today. Who knows, your name may just be the next to be recorded in history. Enroll in a 3D animation college now to learn more!

Animation School, College and University, College Courses, Education
PrevPrevious StoryWeb Design College: Trends that Will Make Waves this 2015
Next StoryTop 10 Skills to Learn from a Multimedia Arts School in 2015Next